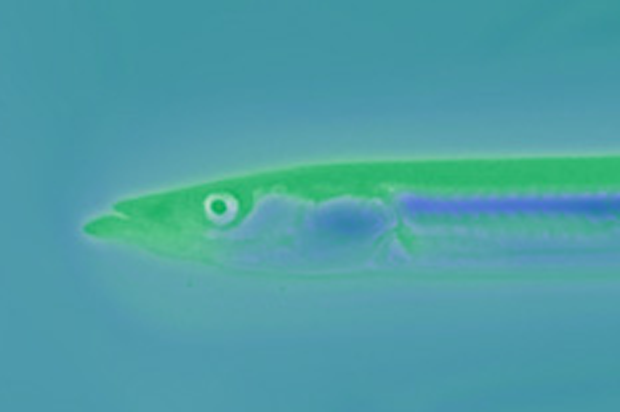 On Forage Fish… Managing the Unmanaged

Are large-scale fisheries for sandeels, silversides, bay anchovies etc. coming to a coast near you?

[dropcap]R[/dropcap]eally, if you fish, at all, this is important… for a very basic reason — If there’s no bait, there’s no fishing. If you spend more than a few days on the water every year, you know this to be the case.

Yes, some bait species are currently managed by the Federal Councils or the Atlantic States Marine Fisheries Commission (ASMFC). Most, however, are not. Absolutely, there have been and are issues with the way managed forage species like menhaden, river herring, shad, sea herring, mackerel, squid, butterfish etc, are managed, but they are indeed managed. I want to be very clear here that other forage species such as sand eels, bay anchovies, silversides, halfbeaks etc., are not. And that’s kinda scary.

Here’s why we should all be concerned… The Federal Fishery Management Councils and the states are finally getting smart about the forage species they manage. In other words they are beginning to understand that such bait species need to be managed according to ecosystem needs, or in other words the needs of the predator species that depend on them… instead of just those special interests that seek to harvest as many as possible. Yes, this development was slow in coming, and hasn’t gone far enough fast enough, but it does appear to be happening.

So what does this mean? It means that the amount of large-scale harvest on those managed forage species is being and will likely continue to be ratcheted down, and rightly so.

We also need to keep in mind the long-in-the-making but fairly recent news of the collapse of codfish in New England. The groundfish fleet is massive. There have been huge reductions in allowable take of cod, and there likely will be even more reductions in the near future. It’s hard to believe those fishermen won’t actively be looking for new markets. In fact there’s already some scuttlebutt about directed   fisheries on forage species that have NO current management or oversight developing in New England.

And let’s also keep in mind all the fisheries in the Mid Atlantic that have been rebuilt as a result of the Magnuson Act’s mandates, and to avoid getting back into a situation where we were before rebuilding, harvest has been kept at a sustainable yet lower level. And, well, on the other side of that coin are all the fisheries the states have allowed to become depleted, and so those fish just aren’t there to catch.

What I’m getting at here is that there a lot of fishermen looking for new sources of income, and well, it makes a lotta sense that strapped fishermen are likely going to be, if they aren’t already, looking at prosecuting new fisheries.

It sure as hell isn’t unreasonable to believe the next frontier is the unmanaged forage species… For a few reasons. Globally, forage fishes are major contributors to marine fisheries, constituting more than 35% of annual landings in recent decades. Most of these landings are converted to meal and oil, and used as feeds in livestock and aquaculture industries, or used as bait (in the U.S., largely for the lobster industry).

I mean really, consider the increasing demand for Omega 3s (as a supplement among other things); the growing aquaculture (fish farming) and livestock industries; the fact that ground down/processed forage fish are used in all sorts of products ranging from fertilizer to lipstick where oily bait-fish are a traditional ingredient; and lastly there’s a hungry lobster industry that’s always looking for new, cheaper sources of bait.

So yeah, the point is there’s a lot of demand out there, and the stage is set for entrepreneurial fishermen to initiate large-scale fisheries on new low-tropic level species (and I just mentioned a few above, there are dozens and dozens of others such as grass-shrimp, krill, you name it… If it swims a market can likely be created). In fact, there are already rumors bouncing around about the development of cod-ends with super-small mesh nets to catch sandeels in New Englan

Frankly, that really scares me. If I don’t have an abundance of sandeels in Oct and Nov, I pretty much don’t have a fall run. No stripers, no bluefish, no bluefin… Come to think of it, if I don’t have sandeels I don’t have an offshore fishery. Really, every single bluefin and yellowfin I’ve ever caught inside of 100-fathoms is loaded with sandeels. Sandeels are simply what bring these fish into striking distance for me. Without them, you could pretty much count out my entire offshore business in July and Aug. And wow… I guess I depend on them for my late-May and June flats fishery. Without that rush of sandeels there would be no reason for striped bass or bluefish to come up on the flats. This stupid charter fishing business is hard enough as it is with striped bass in the shitter and all. Taking sandeels outta the equation would probably end things pretty quickly for me, and lots of others.

I know I keep focusing on sandeels because it’s the sandeel large-scale fishery rumor that has me a little tweaked. I mean you could pretty much imagine how quickly the dynamics of the sandeel stock would change if one or two companies started removing tens of thousands, perhaps millions of metric tons outta that stock. It would be devastating… I mean, not just for my business, but probably the entire ecosystem. But of course it isn’t just sandeels. Do you really think we’d have a false albacore run if some innovative fishermen developed a way to harvest bay anchovies en-masse? You could forget about those iconic bass blitzes off of Montauk Point. You could forget about people coming to Montauk to fish at all.

And what about silversides. Probably wouldn’t be many fluke coming into the bays, right? And grass-shrimp? Or killies? What about halfbeaks? The possibilities are almost endless. Think it couldn’t happen? There are developing fisheries all over the world for things like krill (e.g the Antarctic) copepods (e.g Norway)… And guess what? There’s a substantial large-scale fishery for sand eels in the North Sea. Click on those links if you don’t believe me.