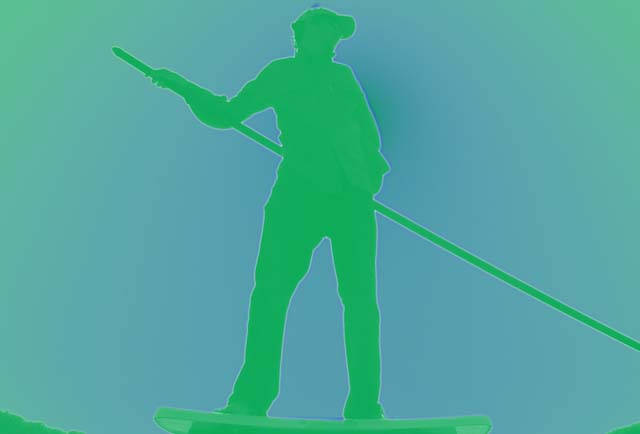 By Andrew April 30, 2013 May 12th, 2013 One Comment
[dropcap]T[/dropcap]here is not a more challenging or rewarding way to catch a striped bass than to do so on the flats in shallow clear water. Just watching these fish move through the water with a bright sun above them is worth the price of admission alone. In the months of May and June, these fish stop into Peconic Bay and Gardiner’s Bay (among others) to fill up on chow after their long migration up from the Carolina’s or somewhere thereabouts. Peconic Bay’s perfect early season temps bring in a lot of stripers anywhere from 5-40 pounds. We don’t really catch a lot of 40’s but to see fish in the high twenty’s and in the thirty’s is not uncommon. Getting a shot at a sight-fished bass in the 20# range is unnerving to say the least and will not be quickly forgotten. Some years are better for the big fish than others but the possibility of casting to a  knee-shakingly big fish is very real at this time of year.

One thing that can be counted on each Spring is these fish coming into the bays and eating a whole lot of sand eels before heading out to deeper water further to the east after the summer’s sun gets beating down in mid July.

They eat plenty of different baits in Peconic and Gardiner’s but be sure to be well supplied with sand eel patterns if you make your way. Other important food for these fish include bunker early in the season and shrimps, crabs, and cinder worms as the water warms in mid-June. This great action can be approached out of the North Fork of Long Island or we frequently do pickups in Sag Harbor and Southampton.  Peconic Bay isn’t that wide  in most places, so getting across on most days is a cinch. . The North Fork is aesthetically beautiful and is host to some forty wineries and vineyards now, many of which are annually producing some really impressive whites and roses and occasionally producing some delicious reds (2005, 2007, 2010 are good red years). While the North Fork and the Hamptons have a decidedly different vibe, both have a multitude of dining options and an array of comfortable accommodations. A long weekend on either is really a great way to break up the summer and allows for fishing on a weekday which always produces less boat traffic and sometimes happier fish. Another big bonus is that this area gets extremely busy after the flats fishing has peaked, so the summer crowds that the Hampton’s are famous for have yet to swell to unbearable proportions.

So come visit a beautiful part of Long Island during perhaps the most beautiful time of the year. You will be amazed that the fishery exists just a a two hour drive from New York City. It is a shame that this season coincides with Florida’s tarpon season, as I annually feel the pangs of each fishery tugging at me. Thank goodness for airplanes. And while we are at it, thank goodness for flats fishing for stripers!