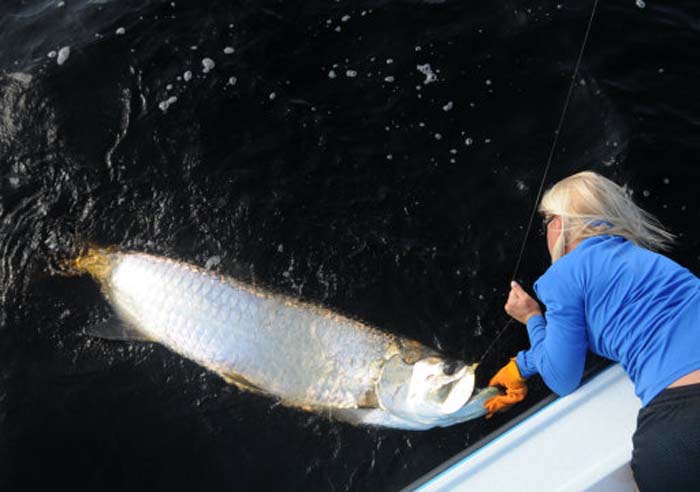 Beavers Are the Ultimate Ecosystem Engineers

The aquatic rodents have rebounded, and they’re reshaping watersheds for the better.

By felling trees and building dams, beavers—endowed with sharp teeth, webbed feet, and rudderlike tails—capture water to expand their aquatic domains. When European colonists arrived in North America, they found a land puddled by as many as 400 million of the rodents (Castor canadensis). An estimated 250 million beaver ponds once interrupted North America’s waterways, turning free-flowing creeks into fertile wetlands that supported creatures from salmon to moose.

But the good times didn’t last. Beginning in the early 1600s, fur trappers pillaged the continent’s streams and shipped millions of pelts to Europe for felting into fashionable hats. Not until the 20th century did conservationists begin to help beavers recover, a task that often required creativity. In 1948, for instance, biologists packed 76 beavers into crates and parachuted them into the Idaho backcountry (all but one survived the drop). These days, as many as 15 million beavers swim North America’s waterways, a 150-fold increase from the species’ nadir. As the rodents have rebounded, scientists have learned that beaver-built water features help address environmental problems, including drought, pollution, biodiversity loss, and climate change. Says Mary O’Brien, a conservationist in arid southeast Utah, “They’re kind of magic.”

Every year, America’s farmers use 20 million tons of synthetic fertilizers. When those chemicals reach the sea, they breed low-oxygen “dead zones” devoid of marine life. By trapping runoff nearer to its source and encouraging bacteria that convert nitrates to harmless gas, beaver ponds can help avert such disasters. In Rhode Island, researchers discovered that beavers could cut agricultural pollution by up to 45 percent, keeping estuaries healthy. Simkins Dam on the Pataspco River, Maryland prior to its removal. NOAA.

Predicting River Response to Dam Removal: What Happens Next?

[dropcap]T[/dropcap]he NOAA Restoration Center and its collaborators have been studying the physical and biological effects of these projects to understand and be able to predict what will happen to the area when a dam is removed.

Aging dams are being https://www.nytimes.com/interactive/2017/02/23/us/americas-aging-dams-are-in-need-of-repair.html around the Northeast and throughout the country to improve public safety and restore river ecosystems. While this is great news for sea-run fish like Atlantic salmon, river herring, and American shad that need access to river habitat for spawning and growth, dam removals present challenges for project planners and local community members who are concerned about potential impacts. Images like these from The Book of Tarpon piqued interest in fly fishing for tarpon. AMFF.

On Fly in the Salt: American Saltwater Fly Fishing from the Surf to the Flats

A New Exhibition Presented by the American Museum of Fly Fishing

“There has never been a single exhibition that has compiled the comprehensive history of saltwater fly fishing,” says AMFF Executive Director Sarah Foster. “Since its early beginnings the saltwater discipline has graphed a continuing upward climb in popularity. In terms of new techniques, tackle development, cultivation of new fishing grounds, and advancements in biological and environmental knowledge, this branch of the sport may be unequalled in the overall history of fly fishing, and we are excited to bring this story to life through this exhibition”.

On August 16, American Rivers won a huge victory in our lawsuit challenging the Trump administration’s attempt to suspend the Clean Water Rule.

The court made clear that the Trump administration cannot ignore the law, science, or the views of the American people in its rush to undermine protection of rivers and clean water.”

The Clean Water Rule is an Obama-era rule that protects the small streams and wetlands that are the drinking water sources for one in three Americans. Safeguarding these waters is critical, not only for our drinking water, but for flood protection and fish and wildlife habitat. The rule protects streams and wetlands from pollution, filling, and other degradation that would harm the environment and downstream communities.

The Fly Fishing Museum of the Southern Appalachians Hall of Fame

[dropcap]T[/dropcap]he Fly Fishing Museum of the Southern Appalachians Hall of Fame announces the third class of inductees to be recognized at our annual museum luncheon event. The third annual Museum Hall of Fame inductions will be conducted on September 8, 2018 at the Southwestern Community College

Jim Dean — Inducted in the Communications category as the editor of Wildlife in NC for many years, the author of numerous outdoor articles and books, and an outdoor photographer.

Kevin Howell —Inducted in the Crafts category as a professional fly tier who is widely recognized for the creativity and wisdom in designing the famed Hot Creek Special, Trip Maker, Trip Saver as well as other noted creations. Kevin is the owner of Davidson River Outfitters and continues the family legacy of his father Don R. Howell and uncle Dwight Howell.

Sandy Schenck — Inducted in the Conservation category for his many years of dedication to teaching kids about the outdoors and preserving the land. He founded Muddy Sneakers – “teaching children the joy of learning outside” and he is the founder and executive director of Green River Preserve summer camp where he put 2,600 acres of Green River Preserve in a conservation easement, preserving the land for perpetuity.

Joyce Shepherd – Inducted in the Humanity category for her contributions to fly fishing as a volunteer of organizations that “give back” – helping others recover from personal challenges, as a fly casting instructor, and forher leadership in NCWF, NCTU, RRTU and Casting Carolinas. Under a bridge on a branch of the Buriganga River in Bangladesh, a family removes labels from plastic bottles, sorting green from clear ones to sell to a scrap dealer. Waste pickers here average around  $100 a month. National Geographic.

We Made Plastic. We Depend On It. Now We’re Drowning In It

The miracle material has made modern life possible. But more than 40 percent of it is used just once, and it’s choking our waterways.

[dropcap]I[/dropcap]f plastic had been invented when the Pilgrims sailed from Plymouth, England, to North America—and the Mayflower had been stocked with bottled water and plastic-wrapped snacks—their plastic trash would likely still be around, four centuries later.

If the Pilgrims had been like many people today and simply tossed their empty bottles and wrappers over the side, Atlantic waves and sunlight would have worn all that plastic into tiny bits. And those bits might still be floating around the world’s oceans today, sponging up toxins to add to the ones already in them, waiting to be eaten by some hapless fish or oyster, and ultimately perhaps by one of us. Katherine O’Brien is a staff attorney in Earthjustice’s Northern Rockies office made the right choice for Montana. Eric Ian EARTHJUSTICE.

[dropcap]T[/dropcap]he pristine wilderness is facing irreparable harm from the proposed Rock Creek and Montanore mines. Take action to help save the Cabinets.

If you live in Montana — or have friends who do — please call Gov. Steve Bullock’s office and the state Department of Environmental Quality at (406) 412-6076 and share this message: Montana residents support the enforcement of Montana’s “bad actor” mining law against Hecla Mining CEO Phillips Baker.

Montana is stepping up to hold the leadership of serial polluter Pegasus Gold accountable for contaminating sacred tribal lands, clean water, and irreplaceable trout habitat and forcing the public to pay for their messes. Until now, the state has never used this important legal tool against powerful mining companies.

Please add your voice today to let Gov. Bullock and the Dept. of Environmental Quality know they’ve made the right choice for Montana.