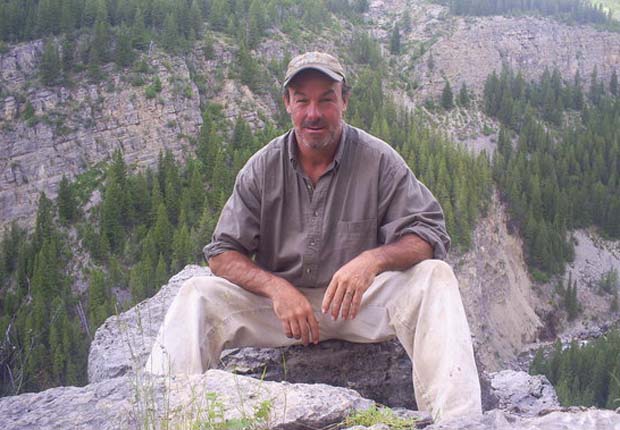 The following is an interview with BHA’s 2014 National Rendezvous keynote speaker, Hal Herring.  Herring, one of the leading outdoor writers of our time, co-manages the Conservationist Blog for Field & Stream, is the author of several books and is a regular contributor to numerous other well-known outdoor news outlets including High Country News, Montana’s Bully Pulpit Blog and the Nature Conservancy magazine.

[dropcap]H[/dropcap]al Herring has always been a denizen of the woods, swamps and rivers of America, from southern bayous to craggy Western peaks. His unique voice and passion for America’s backcountry makes him a perfect match for the 2014 Backcountry Hunters & Anglers North American Rendezvous.

Herring got his first 20 gauge when he was nine and has been toting a firearm ever since. A native of Alabama, Herring grew up spending afternoons combing the woods of and fishing for smallmouth bass in the many rivers.

“My dad didn’t hunt,” he shares, “but my parents always helped me out with ammo and guns at Christmas. And back then, whitetails were just coming back and people weren’t jealous of property lines. I could walk and hunt just about everywhere.” Not liking the high school scene, Herring quit at the end of his junior year. “I wandered around with a rifle and a fishing rod when other kids were in school.”

But that wasn’t the end of his education. Besides his backwoods schooling,, Herring went to college early in Tuscaloosa, Alabama, where he noticed a real lack of public land for hunting. “When you lack public land, you lack opportunity,” Herring says.

While he was in his last year of college, Herring and a friend formed their own tree planting company. “Timber companies were leveling the southern hardwood forests for chip mill fodder,” he recalls. “We were hired to replant with loblolly pine, a species that has a 25 year cycle to feed the pulp mills of the south.”

Herring saw the ruined rivers and devastation that is the hallmark of shortsighted management philosophies. “When the timber companies wanted us to poison all the trees along the creeks because they weren’t supposed to harvest in the riparian zones, that was the clincher for us. We just couldn’t be part of that destruction.”

After college, Herring started writing fiction. But his thoughts began to turn more and more to issues in the real world. At age 25, he attended a writer’s workshop in Montana. The following year, he moved to Montana permanently working as both a forestry contractor and as a manager of a small ranch in the Bitterroot Valley.

“The ranch wintered 110 head of elk and the following year when I became a legal Montana resident, I hunted elk on public land behind the ranch and got one. I have been obsessed with elk ever since.”

It was at this time that Herring discovered he could make a living writing.

“I won a story contest that paid me $500. At the time, we were getting $800 a month for managing the ranch and it dawned on me that writing could help pay the bills.”

But like most freelance writers, Herring took on other jobs to take care of himself and his family. While he worked on a graduate school degree, he thinned timber and worked on mine reclamation projects. His big writing break came with an article on game farms and the destruction of the Bitterroot Valley that was picked up by High Country News and from there expanded to several national magazines including the prestigious Atlantic. Bugle magazine became a regular outlet for Herring over the years and today Herring is a contributing editor for Field & Stream. He has published hundreds of articles dating back to 1997.

“Nonfiction gave me the chance to write about what I was fascinated with and the life I was living,” he explains.

Today, Herring’s writing often focuses on the threats he sees to public lands. He lists the selling off of federal public lands as a pre-eminent threat to our hunting and fishing heritage, along with a declining number of people who value public lands. For Herring, public land is the foundation of America’s outdoor heritage and way of life.

“There is a price to be paid for this splendid isolation we love,” Herring says. “We must oppose those who would end public land and end what we love. We have to fight to keep what we treasure.”

Herring speaks proudly of the whitetail bucks his son killed in Montana and he talks about the need to pass our passion for wild land and hunting on, or, he fears, we will see it slowly disappear. After fifteen years of writing about hunting, fishing and conservation, Herring knows that each of us is responsible for safeguarding our public land and water and working to ensure hunting and angling continues for generations to come.

“We are the carriers of the fire,” he says of BHA members. “We are the repository of 30-40,000 years of human passion and drive to hunt. We totally evolved to live this way. Its deep, its blood, its cold, darkness and rough terrain. Then back to blood again. We need to be sure this elemental fire doesn’t go out.”

This year, Herring was the recipient of the National Wildlife Federation’s 2013 Special Achievement Award for his continuing work in conservation. Herring will be keynote speaker at the 2014 Backcountry Hunters & Anglers North American Rendezvous in Denver this March, where he is sure to inspire and challenge us to continue carrying the fire.