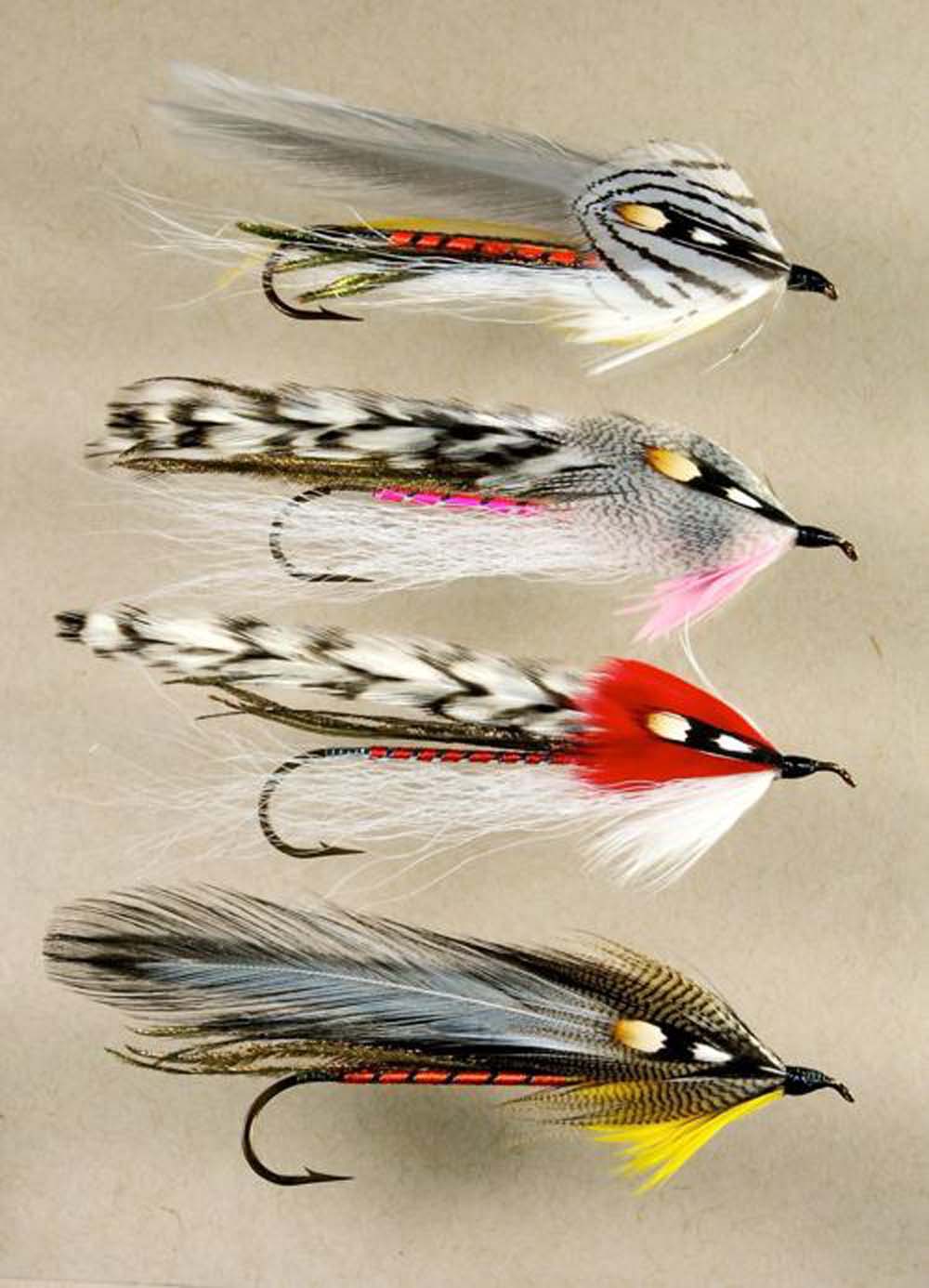 Maine, Carrie Stevens, and everything a fly fisher needs to know about them 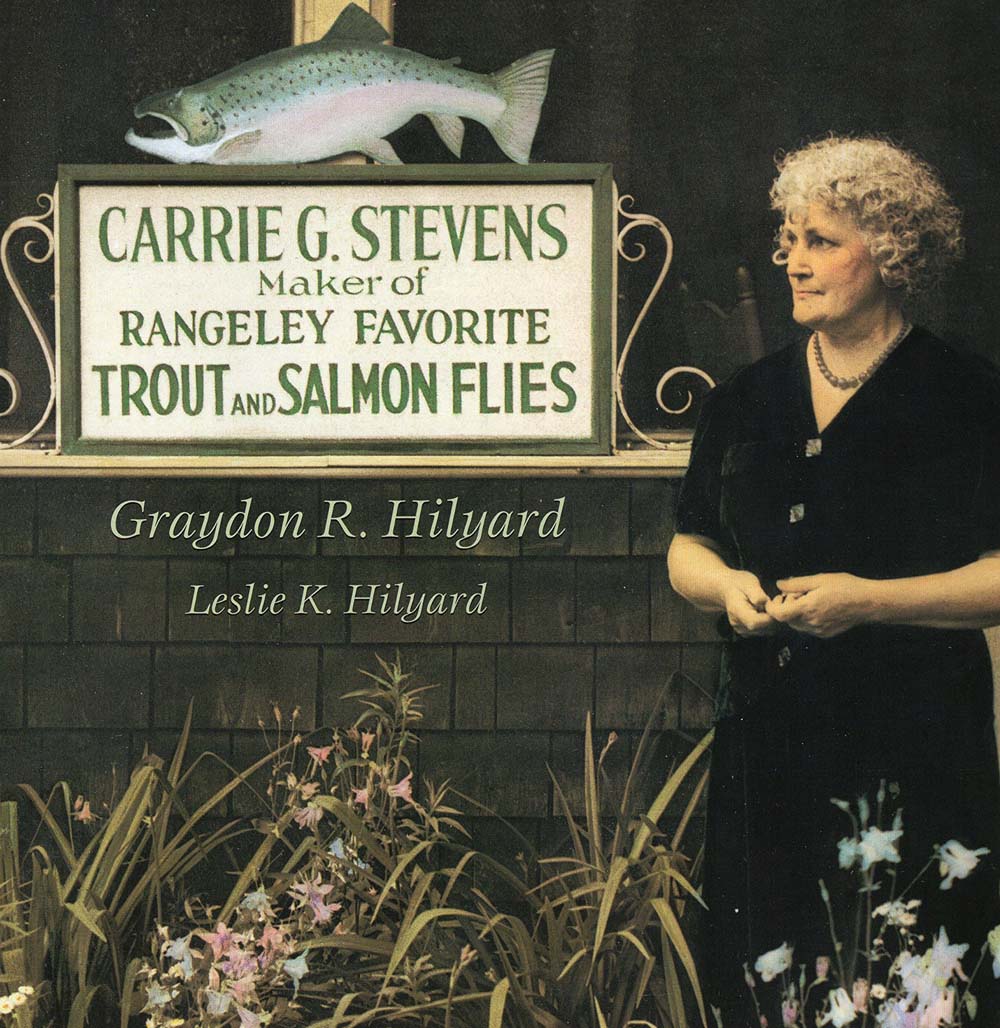 Maine is a state surrounded by Canada and its association with large populations of brook trout shared with Canadian neighbors.

Maine only shares its borders with one other US state – its southern half with New Hampshire, but is surrounded by Canadian provinces of Quebec and New Brunswick and is almost the tail end of the Appalachain Mountains which begin, or end, in Georgia. 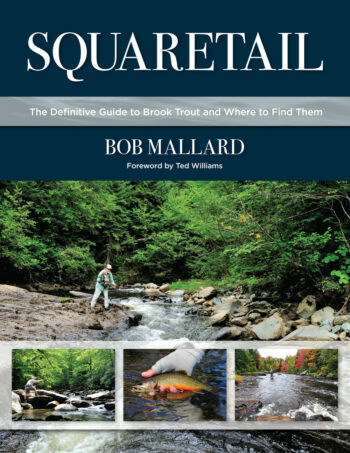 SIDEBAR: The Wyeth’s, Stephen King, Edmund Sixtus Muskie – transplants’ Nelson A. Rockefeller, and George Bush are all men on a list of Maine’s notables. Those associated with outdoor and fly fishing interests would be, with a stretch, President Bush and Henry Wadsworth Longfellow, but it would really be L.L. Bean, and more currently, Bob Mallard. 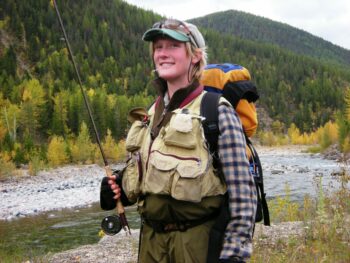 Cornelia Thurza Crosby, or “Fly Rod,” as she was popularly known [1854-1946]. She was the first registered Maine guide.

While many have abandoned the old-timey streamer flies – purporting they no longer work, another more established group of fly tyers and anglers continue to herald what these old-timey tyers, and fly fishers, have contributed. Kelly Galloup, who, like Stevens in her day, is our current streamer guru, and like Stevens, Galloup is this nation’s recognized streamer savant and readily gives praise to Stevens’ contributions.

Stevens was born Carrie Gertrude Wills in Vienna, Maine, and she stayed in Maine her entire life, never traveling beyond its borders. Stevens moved to Mexico (Maine) and met and married her husband, Wallace, in 1905. He was a fishing guide, so the couple moved to the Rangeley Lakes region. They settled into their own home by 1919 near the Upper Dam.

Stevens had fished with bait throughout her life, but on 1 July 1924, she decided it was time to create a fly of her own and test it in the Upper Dam pool. A friend, noted duck decoy carver and angler Charles “Shang” Wheeler (1872–1949), had shared a streamer fly with Stevens in 1920; Wheeler tied the fly based on an English pattern, and he encouraged her to try her hand at the art. On that particular day in 1924, Stevens resolved to simulate a smelt in the water, and she tied gray feathers onto a hook. She marched to the pool and began to cast, catching some salmon and trout. A little bit later she got a bite, struggled for about an hour, then landed a brook trout that weighed 6 pounds, 13 ounces, and measured 243⁄4 inches; Steven’s brook trout was the largest taken in thirteen years at the Upper Dam pool. The pattern she created was Shang’s Go-Getum.

The following year, in 1925, the magazine’s editor decided to publish Stevens’s written account of her trophy catch. The sentence “He was caught with a Thomas rod, nine feet in length, a Hardy reel, an Ideal line, and a fly I made myself” was read around the world (Ladd Plumley, “Tales of Record Fish and Fishing,” Field & Stream [September 1925, vol. 39], 95–96). Orders for this fly began to arrive immediately, and Stevens suddenly had a new career.

Rangeley Favorite Trout and Salmon Flies opened shop at the Stevens’s home, and she never allowed anyone to watch her work

Rangeley Favorite Trout and Salmon Flies opened shop at the Stevens’s home, but Stevens viewed this as a side business; maintaining both her household and her husband’s guiding service took priority. The fly that landed her record brook trout quickly evolved into a more refined pattern, the Gray Ghost, and was the most requested of Stevens’s work. She had private clients who would submit special requests to her, but she also sold her flies to stores and camps in the Rangeley area. Her marketing consisted of fly cards with her name, pattern number, and hook size. She opted to use half hitches instead of a vise while tying. Stevens was very protective of the dozens of new patterns she created and the thousands of streamer flies she dressed.

NOTE: Leslie K. Hilyard, who co-authored a book about Carrie Stevens, became the third proprietor of Rangeley Favorite Trout and Salmon Flies in 1996.

As a student of fishing my entire life, it has not escaped me that so many of the pivotal aspects of this sport can be credited to women.

For instance, the first-ever published work on fly fishing was included in a 1496 edition of the “Book of St. Albans.” It is entitled Treatise of Fishing with an Angle and was written by Dame Juliana Berners, a noblewoman and prioress of the Sopwell Nunnery near St. Albans, England.

She preceded by 150 years what may just be the most popular of all fishing books, “The Complete Angler” by Izaak Walton.

Her writings were detailed and visionary. Perhaps I will delve into that in a future column, but for now my attention is captivated by another woman.

That would be Carrie G. Stevens, originator of the Rangeley Favorite trout and salmon flies. Her fly tying career spanned more than 30 years beginning in the 1920s. Her most famous streamer pattern is the Gray Ghost, an imitation of the smelt that swims in the Rangeley Lakes region of Maine.

I first tied the Gray Ghost back in the early 1970s and included it in a framed set of my flies, which included wets, nymphs, dries and streamers. It hangs on the wall of my fly tying den to this day.

Although I tied many versions of the early Maine streamers in those days, the unique methods that Carrie used to construct her flies escaped me. Yet, the beauty of her streamers, most tied on 8x- and 10x-long hooks, has haunted me over the years. — By Larry Myhre