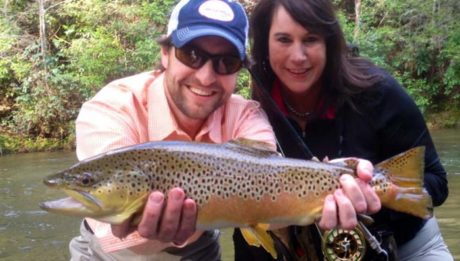 Meet and greet at The Fly Fishing Show in Atlanta, Georgia. If it's a new or improved fly fishing item, almost every one of them can be hands-on for you here. [...] 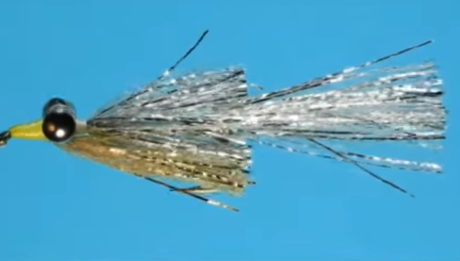 The Kreelex fly was intended initially to tame smallmouth bass, but it turned out to be just as likely pounded by carp or pike. [...] 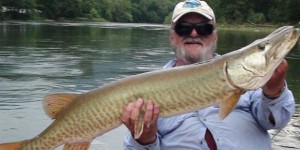 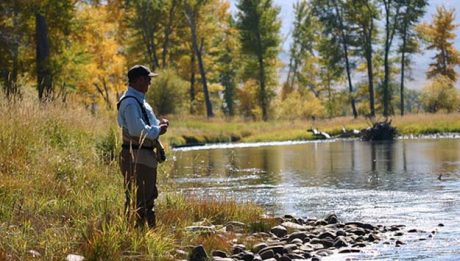 A fishing story. Me and Daisey

Fishing a private section of a river or stream full of trout or salmon is a rarity in the U. S. More European. Let's not go backward and call privatizing public lands and waterways as being Great Again [...] 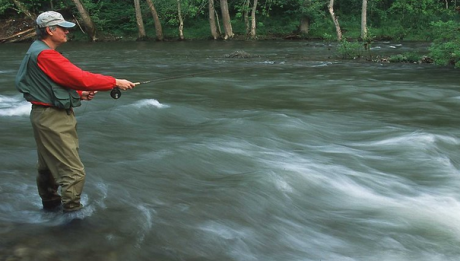 Choosing the right waders and boots

The folks at The Fish Hawk fly shop in Atlanta walk you through the process of picking the right waders and wading boots and insist on GoreTex. [...] 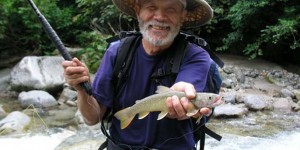 Reminder: Everything you ever wanted to know about Tenkara

Tenkara fly fishing, in its original form, has limits. However, its inclusion into mainstream fly fishing here in the U. S. has incentivised our national tendency to innovate [...] 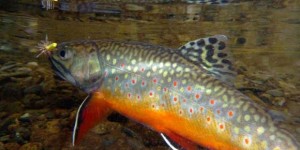 The "Hootch" is 430 miles long. It originates in northeastern Georgia from a spring in the southern Blue Ridge Mountains, a sub-range of the Appalachian Mountains. [...]