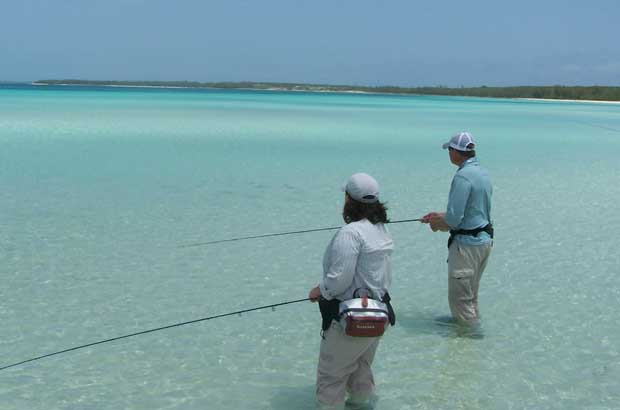 Video: Shoelaces? Fly Fishing. Are you kidding me?

[dropcap]G[/dropcap]ink & Gasoline (Louis Cahill) ran a story, and video, about the confounding shoelaces have caused mankind called You’re tying on your boots wrong (Dan Fraiser). Mostly this laces thing occurs with flats boots wearers or trout seekers wearing lace-up wading boots – those who walk with fishes. You know … come undone inopportunely and then get tripped over, impossible to untie when wet while hosting three ‘working’ beers or even just plain impossible to untie when wet.

Another more deadly form of shoelaces getting in one’s way was experienced on a bay type boat … offshore working a huge school of 40- to 50-pound jacks and fish-on. Shoelaces had come undone unnoticed. In a cramped cockpit, my buddy tripped while trying to lift a foot to balance himself. He was on a lace. The pitch of the boat, simultaneous tug of a huge jack coordinated with the angle of a fall – ribs first into the inwale of the gunwale. Rod, reel, fly line, leader, fly and jack all gone and the day’s fishing over. Four broken ribs, punctured lung, six days in the hospital and two months recovery. All thanks to tying shoes incorrectly.

But shoelace issues happen in all sporting events. It happens in the Boston and New York marathons, biking’s tour de France and kids playing anything wearing self-tied $135 Whatever sneakers.

We can only assume that the video in Fraiser’s account got it’s origin from Professor Shoelace, a Brit, and first up video. It’s too complicated for me.

Give me the second one, the innovativeness of a Yank at work solving simply – one view and I got it. Really just the same ‘wrong’ granny knot I’ve been tying since age 4, but with a lock at the end to make it hold fast.