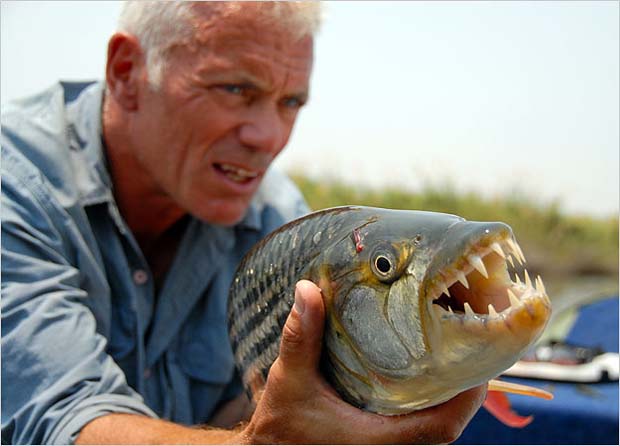 [dropcap]L[/dropcap]ooking at fish, it is easy to assume that they are not very sensitive to sound, since they do not have obvious ears or even auditory openings through which sound may carry. They do have ears (actually only one), but it is an inner ear enclosed within their head. A fish does not need external ears because its body tissue is about the same density as water and any sound in the water can easily pass through its body to its inner ear. The inner ear system is mainly used for detecting high­-­frequency vibrations, though fish also use it to determine their orientation relative to the Earth’s gravitational field—in other words, to maintain their balance. The inner ear has several fluid­-­filled canals, some of which contain relatively heavy ear stones, or otoliths. (The term otolith comes from a Greek word meaning “ear stone.”) A fish’s otolith is composed of calcium carbonate and frequently has growth rings similar to those seen on tree rings or fish scales. These rings can be used to determine the age of a fish. Otoliths vary so much in size and shape among species that they often can be used to identify the fish species from which they came.

The inner ear is often linked to an internal organ that can amplify sound, such as the swimbladder. Swimbladders are filled with gas that can be compressed by sound waves, which usually will make them more sensitive to sound than the inner ear. Fish with especially sensitive hearing, such as tarpon, have closely connected inner ears and swimbladders. Fish that do not have a swimbladder, or do not have their swimbladder in close connection with their inner ear, generally are less responsive to high­-­frequency sound and respond to a smaller range of sound frequencies.
The same as humans, fish are essentially deaf to sounds having a frequency above 20,000 cycles per second (so­-­called supersonic sounds). Most fish hear relatively low frequency sound of around 1,000 cycles per second, and are relatively insensitive to sound above 3,000 cycles per second. Certainly, some fish are more sensitive to sound than others. Recent research has shown that shad and herring species can detect high­-­pitched signals considerably beyond what humans can hear.

A fish also uses its lateral­-­line system to determine the direction and distance to the source of a sound, sometimes with startling accuracy, and to orient itself in a current or position itself among waves. Experiments have shown that certain fish can detect and catch prey within 10 to 20 feet by using their lateral­-­line system.