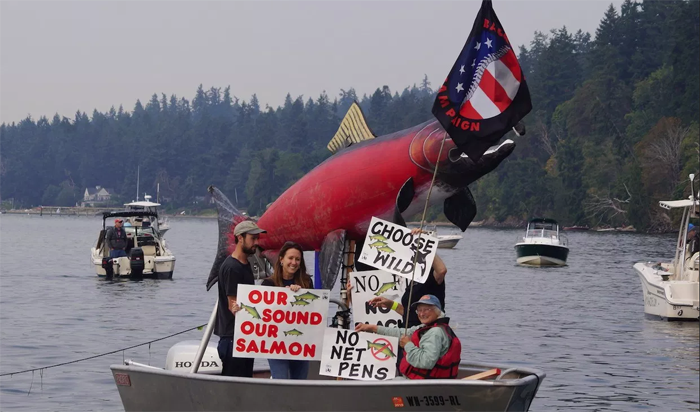 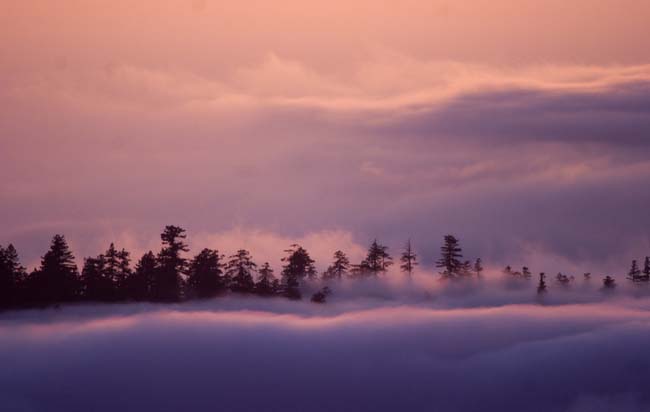 After decades of advocacy by the Save-the-Redwoods League and the Sierra Club, President Lyndon B. Johnson designated Redwood National Park on Oct. 2, 1968. Martin Swett/Flickr CC.

Reckoning with History: When we overcame political division

Every week brings a new outrage and new depths of partisan rancor, until it all culminates in an episode like the one last week. At the bitter Senate Judiciary Committee hearings, a defiant Supreme Court Justice nominee, Brett Kavanaugh, fumed at aggressive questioning by Democrats, who were then targeted by Republicans tirades. As a numbed and shell-shocked public processed accusations and denials of sexual assault over the weekend, Congress allowed the popular Land and Water Conservation Fund to expire, a victim of the distracted gridlock and partisan acrimony that has eclipsed any sense of hope or public responsibility. Then, earlier this week, as the FBI launched a limited investigation into the Kavanaugh allegations, four major milestones in conservation marked their 50th anniversary — laws protecting wild and scenic rivers, national trails and two national parks.

This 50-year juxtaposition brings to mind the British writer L.P. Hartley’s oft-quoted observation: “The past is a foreign country; they do things differently there.” These days, the United States of the late 1960s seems like a very distant country indeed. 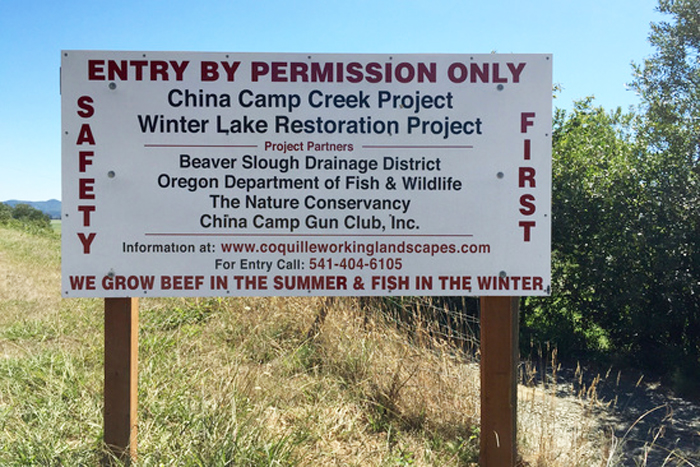 Where “we grow beef in the summer and fish in the winter.”

Partners representing natural resource, tribal, and agricultural stakeholders recently gathered in the Coquille River Valley in Oregon. They celebrated the completion of the Winter Lake restoration project, which will help ensure local cattle farmers continue to thrive. The project will also provide almost 8 miles of tidal channels and 1,700 acres of habitat for the threatened Oregon Coast coho salmon, and other fish and wildlife.

Habitat restoration and agriculture are often considered competing interests.This partnership between natural resource entities and agricultural landowners demonstrates that the two can benefit from a strategically planned project. 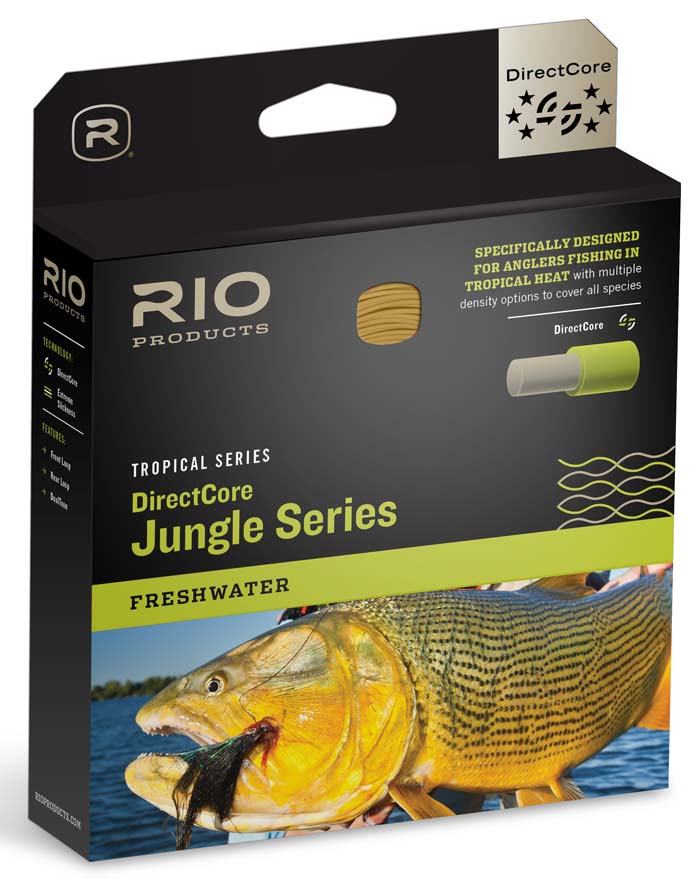 IDAHO FALLS, IDAHO (October 1, 2018) – If throwing meaty streamers to distant structures in the heat is the name of the game, RIO’s new DirectCore Jungle Series is the line to have. Ideal for golden dorado, peacock bass, tigerfish, and even bass in hot summer conditions, this freshwater tropical line can do it all.

The DirectCore Jungle Series has a powerful front taper and a quick loading head that delivers large flies with exceptional ease and a long rear taper that allows for big mends in moving water. The series is designed to withstand the tropical heat of jungle destinations thanks to a hard, outer coating that is built on RIO’s low-stretch, low-memory DirectCore, which retains the stiffness needed to cast in hot conditions yet lies perfectly straight on the water. 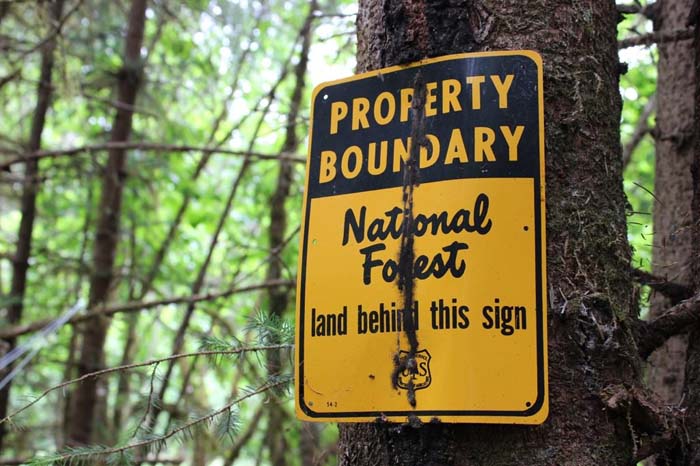 Stellar news from the good folks at Umpqua. Many thanks to you – and the rest of the groups with boots on the ground – for such a tremendous contribution to the efforts in Southeast Alaska.

To celebrate Umpqua’s 45th Birthday, we promised a donation of $45,000 to preservation efforts in the Tongass National Forest and today, we were able to deliver on that promise. In collaboration with Sportsman’s Alliance, Trout Unlimited and the American Salmon Forest Coalition, the money will be spent on education and awareness programs as well as spawning and rearing habitat preservation in the Tongass. 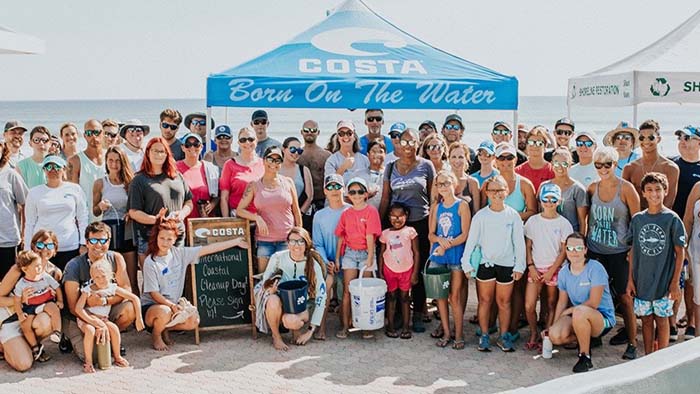 Costa Sunglasses® will celebrate 35 years of providing anglers and outdoor enthusiasts with the best sunglasses on the planet by joining forces with the Surfrider Foundation, and hosting beach cleanups in 35 locations throughout the U.S. in 2018.

“We were born on the water, so it makes sense for us to celebrate this milestone protecting what we love,” said Holly Rush. “Since 1983, Costa has been committed to conservation and the preservation of our most precious assets—our oceans and waterways. Our team was excited to kick-off our 35thAnniversary with a beach cleanup on International Coastal Cleanup Day right here in our hometown of Daytona Beach where 120 people gathered together to collect and properly discard of more than 150 pounds of trash.”

After a decade of litigation, NOAA Fisheries and EPA make the 11th hour decision to prepare a biological opinion on harm caused by Atlantic salmon net pens to ESA- listed salmon and steelhead

Duvall, WA – On the eve of court proceedings over a legal battle Wild Fish Conservancy initiated in 2015, NOAA Fisheries and EPA have entered into formal consultation under the Endangered Species Act, consultation that will lead to the issuance of a biological opinion.