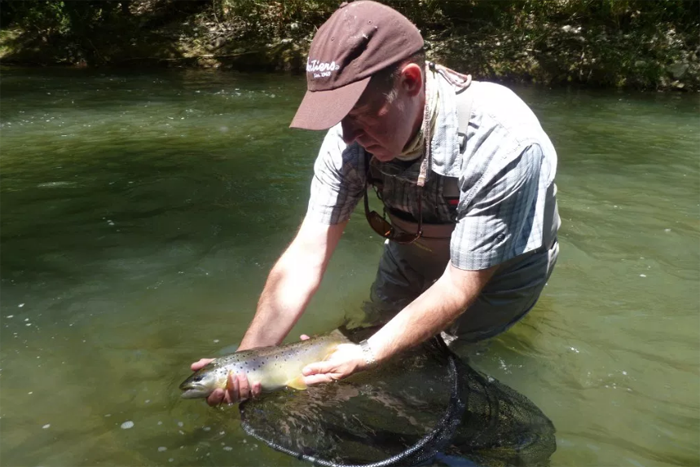 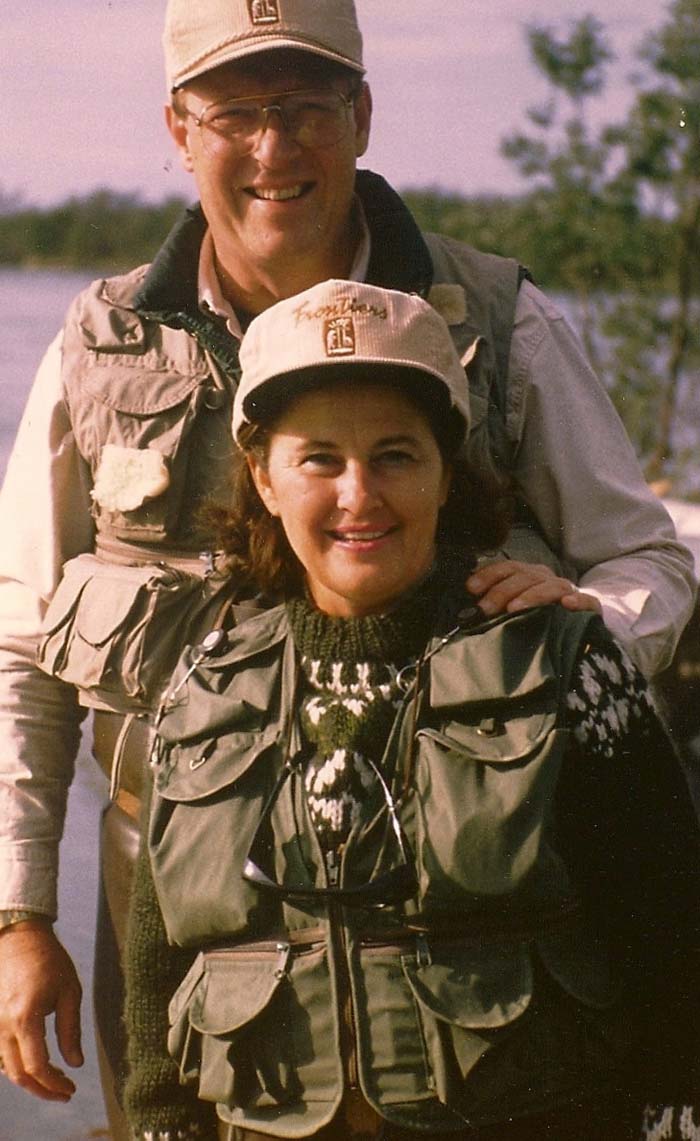 This week, 50 years ago, Frontiers sent us to northern Quebec for big brookies. The taste has never left

[dropcap]T[/dropcap]here was a great article written by Drew Price titled “Pro Tips: To Catch More Fish, Do Your Homework” posted by Orvis (Phil Monahan) on June 6, 2019. It covers all the bases of researching that were not available to travelers with adventurous hearts and minds 25 years ago –  certainly not 60 years ago when I first got bitten by the Fly Fishers Without Borders bug – back then, adventures didn’t get sold, they were experienced.

Sherlock and Watson would be proud of Price

The article, for some reason, tickled my memory on how we did things like travel to exotic places to fish before there was a Frontiers.

Years ago, as well as today to a certain extent, researching new places to fly fish usually involved a friend, or friend of a friend relating how good the fishing was in such and such a whereabouts – maybe only a few counties away from home waters, an inlet or two away from our ritual escape, or many border crossings distant.

Passed along information about a new fly fishing resources reachable for a weekend usually included information about the local fly shop, a guides name, maybe forest service or other state or public land official offices that could be contacted on a weekday.

In the past, maps were as standard to a vehicle as gas [everyone had maps in their truck or station wagon] – all kinds of maps: road, topographic, logging company roads, power company forest roads, BLM roads. Paper maps have been, of course, replaced by Google maps/GPS systems – part of our modern, every day and overbearing phone and tablet life.

Interestingly, the tickler for exciting destination fishing, years ago, only appeared in a few magazines: Fly Fisherman, Field & Stream, Sports Afield, Outdoor Life, occasionally in a  more literary publication like The New Yorker,  and sometimes in major city newspapers’ weekend magazines like the New York Times‘ [today called] “Review.” The magazines and newspapers had sidebars with contact information mentioned in the story – now links serve as sidebars.

Mike Fitzgerald, Jr., President of Frontiers International with a nice brown trout on a fly while fishing the Aragón River in northern Spain – its source is in the Astún Valley – the Pyrenees bordering France, at an altitude of 6,726-feet. Frontiers image.

• Curt Gowdy’s The American Sportsman, a television series from 1964 to 1986, teased viewers into thinking they could, like the hosts and celebrities, participate in fly fishing in exotic places. It tripped many individuals’ outdoor wires into traveling to far away destinations to fly fish.

• The movie, A River Runs Through It unleashed hordes to fly fishing and travel.  Fly-fishing stands for life in this movie. It was first told in a book by the same title – written Norman Maclean, and published in 1962 after he retired as a professor of English at the University of Chicago.

• In 1992, the first episode of The Walker’s Cay Chronicles aired on ESPN with host Flip Pallot. It had a 15-year run and was a Saturday morning favorite. It too kicked started a lot of kids who grew up thinking of fly fishing beyond the couches of their father’s.

By the late 1960s, everything changed – destination fly fishers and hunters got their very own traffic tower

Along with no bras, inventing wars (still fashionable in some circles), free love, Abbie Hoffman, and the Black Panthers, the travel business changed dramatically – or soon would. Destination fly fishers and hunters got their very own traffic tower: Mike and Susie Fitzgerald’s Frontiers Travel. The two created an industry within an industry and set standards that the outdoor travel companies today, specializing in fishing and hunting, still use as their litmus test of success.

Until the late 1960s, travel agencies mostly only found you a flight [then they were friendly skies], accommodation and such for business or family vacations. If you were going to Alaska or Iceland, for example, you dealt with the central issues of lodging, fishing, and in-country flights using the information found in the “story” you read, or trusted your buddy at the travel agency to get you from Pittsburgh, Pennsylvania to Patagonia in Argentina – and mostly she did.

The key word there is “mostly.” Some country, on the ground workarounds in the jungles of the Amazon basin, for example, were sometimes hazardous to your health. 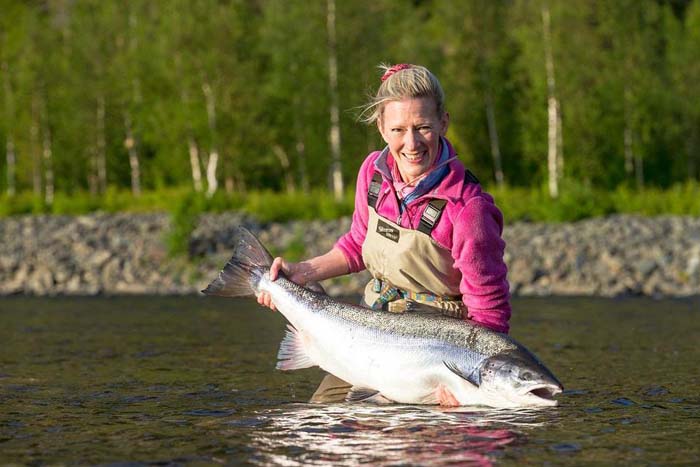 The Fitzgerald’s changed all the guessing, self arranging, and getting stuck in Timbuktu. They made the connection and had sources on the ground

Fitzgerald’s also captured the art of advertising. Their brochure images were comparatively in the standalone league of National Geographic. Nobody had ever seen anything like it before.

Frontiers quickly became the go-to reliable outdoor travel agency. It was a missing element in the travel business that two people recognized and had a vision about. They were spot-on.

Mike and Susie launched an entirely new travel service concept. Exclusive full-service outdoor destination travel – with the element of, “we were there – we hunt and fish.”

Frontiers’ background, a rough sketch. They witnessed in-person all the missing elements in adventure travel

Frontiers employees know all the owners of all properties they represent. Their staff is made up of long term employees who are serial adventurers themselves. A client only interacts with agent’s that know their stuff, whether hunting or fishing, they are intimately familiar with the properties they manage.

Both Mike and Susie passed away, but the little girl and boy who were running around the Fitzgerald homestead/office property when we booked (in person) our first trips beginning in 1969, Mike Jr, and Mollie, are now Frontiers‘ global authorities.

The best reference for new fly fishing adventures is still talking to people who have been there. Frontiers is a great place to start.