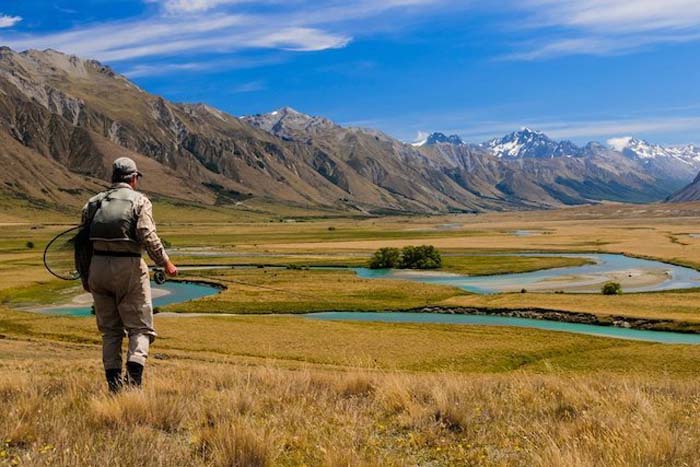 [dropcap]W[/dropcap]e might have started without you, but it was bamboo that began it all; actually, that’s wrong. Wooden 22-foot salmon spey rods [Spey River in Scotland]. If you’re not familiar with bamboo, you were probably born a little too late. If you know bamboo, you saw it give way to fiberglass, and then in the 70s fiberglass give way, all too soon, to graphite, which had a pretty clumsy inauguration from Fenwick. NOTE: Spey the River gets capitalized, but spey, the fly rods are not.

Bamboo fly rods, from the standpoint of craftsmanship, had long been at its zenith when glass appeared in the rearview mirror. Today’s bamboo fly rod has advantages over grandpa’s, but only via the chemistry of resins, adhesives, et al. The craft of building a bamboo rod and the performance characteristics of different types of bamboo seem impossible to improve on.

The fiberglass we’re speaking of was born in the 1930s and served as technology in WWII. Think communications – antennae whipping around on the jeeps and tanks in Europe and the Far East and on destroyers and aircraft carriers, then as fly rods, boats, and surfboards. Today, it’s assemblages are found in thousands of products.

The early glass technologies were S-Glass (Structural), E-Glass (Electrical), and SE-Glass (Owens Corning). They did not all appear on the horizon simultaneously. Their earliest usages were steeped in military and later, industrial specifications.

Old performance criteria and test data are a bit of a stretch to interpret as they relate to fly rod reactions to casting a fly line. To read more about the history of glass technologies intersecting with fly rods, Google the subject, go to Swift Fly Fishing Company.

The glass rods of today have been modified to perform – rolled to a spec either as assembled at the rod builders’ place of business or as a “part” delivered by a glass fabric manufacturer and other vendors.

Fiberglass fabrics are laminated one to another in a specified orientation with flexible adhesives (resins) that bind the fabrics together to create a new, desired flex capability as a fly rod.

Each rod designer leaves his or her signature on the final performance of each rod based on their interpretation of “best” assembly of the chosen fiberglass fabrics, resins and other additions to make a finished rod react a certain way when loaded with a fly line and in the hands of an angler. That, of course, with a semantics change, could be said of a graphite rod or graphite/boron rod or any build of any fly rod.

So, what are the differences, and why is glass in its new, modern clothes so special?

Here’s a clue. Graphite rod ad copy will always claim (usually first mention), among other things, how good a rod casts in close. Well, that’s pure late-night Tweeting because the most problematic casting assignment for graphite fly rods is earning an accurate, quality delivery of a fly up close and personal.

If your rod is graphite and advertised as fast or even medium-fast action, you’re not going to be able to “comfortably” deliver a fly the way you want to at 30- or fewer feet unless you’re Lefty Kreh or very skilled. It’s an awkward cast with the best graphite rod – no matter who you are.

A large percentage of sight fished for the trout, bass, bonefish, redfish, snook, stripers, and other flats and shallow water pescados get hooked at surprisingly short ranges (ask any guide)

You can, of course, retrieve a fly to any distance, but if sight fishing and your trophy brown are sipping at 30-feet away or that behemoth female tarpon has spun out the daisy chain, retrieving a fly to its feeding window and getting an eat is not going to happen. More likely is scaring the Hell out of it because in the animal kingdom Ephemeroptera and bait fish do not attack predators.

What about big ocean animals?

The “fake news” about glass that it’s not a good rod choice versus a tarpon, Chinook in Alaska, steelies, or significant anything because of being a buggy whip casting tool. That postulation is not entirely correct.

Many of the best tournament billfish anglers use glass fly rods. A teased into range marlin has to be cast at when about 30- to 40-feet. The fish has to “discover” the 6- to 8-inch Cam Sigler fly IMMEDIATELY when the teaser is yanked. The rod has to be able to “take it” and sometimes a graphite rod cannot.

The big issue with a fly rod in the billfish game is lifting and turning; a reel and stopping runs is a significant partner. A 300-pound marlin “requires” a rod that can bend, bend and keep on bending while still exerting pressure. Graphite would not hold up, and so far has proven it cannot. 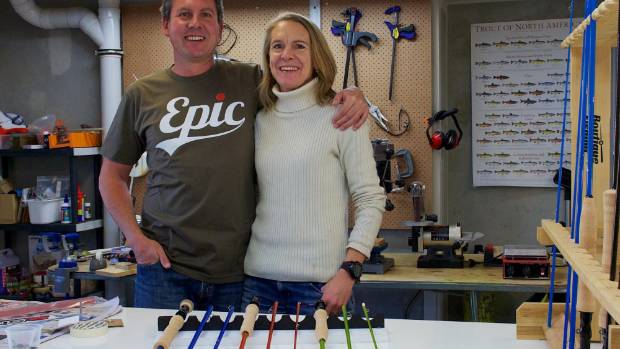 Sure, if that’s what you want to buy. The real winsomeness of modern glass fly rods is FEEL.

The feel of a fly line loading a fiberglass rod is inherently better than graphite. Fast action rods are hard to bend and load a fly line. That retards the time it takes for a beginner to learn the quintessential element of an excellent cast, feeling the fly line load the rod. Glass accelerates learning to cast.

A fiberglass rod is genetically programmed to cast beautifully at short distances and cast comfortably up to about 50-feet (+/-) – depending on the rod weight/build. Can a superior caster get 100-feet out of a custom glass rod? Sure, but what’s the point? That’s not what glass is all about.

What does fiberglass do for me?

It does for you what a graphite rod cannot do for you. If you’re a part-time angler and prone to rusting, fear not, you’ll cast beautifully from the get-go; if a beginner, you’ll get the casting feel right away; if you’re not so fit anymore, you’ll cast the way you remember you could, and if an expert you’ll rediscover what pure casting was always about and appreciate the sharpened sense of fish-on.

Anyone who has experienced a fast graphite fly rod, especially in the saltwater weights (seven and up), always finds out search casting for even an hour or so is an Olympic physical demand. The energy required to move a fly line on a fast action graphite rod versus a so-called “fast” action glass rod is night and day. As a matter of fact, using the terms comparatively is misleading. 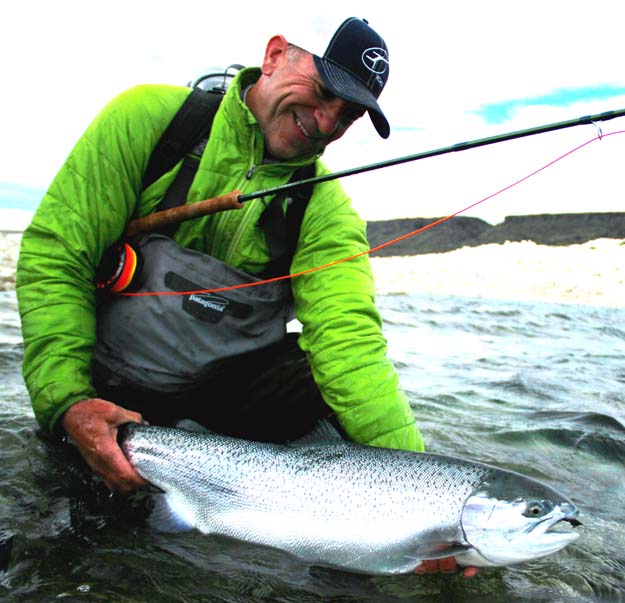 It’s not easy to pick out “the top” glass fly rod producing companies because there are so many small companies that have, over the years, been the leaders in developing the technologies that have vastly improved the performance of glass. We have avoided listing some of the best boutique builders because it’s too difficult to identify them since many do not have a web presence or have such a poor site it’s a turn-off. Often, these craftsmen and women-only build on-demand to personal specifications or only address angling regional fisheries or both.

We do not include companies who build one or two glass rods or offer only very narrowed choices, even excellent glass rods are excluded – like Tom Dorsey at Thomas and Thomas, past maker Tom Morgan or Jim Bartschi of Scott Fly Rod Company and, of course, many others.

NOTE: Cameron Mortensen, the publisher of The Glass Manifesto, is the default fiberglass’ fly rod industry spokesperson. His website is your source for those exceptional boutique sources we referred to above.

NOTE 2: You can also search the major rod builders and find that one niche rod you’re looking t. Your local fly shop the best source for test drives.

Here are those fly rod companies we found that are both committed to glass and offer outstanding “off the shelf” options.

Editors’ Note: Echo Fly Rods is driven by the unmatchable energy of Tim Rajeff. He is a consummate promoter of all things fly fishing, and like his brother Steve, chief rod designer at Loomis, he is a noted rod designer and world fly casting champion. Tim’s glass rod selection is easily the broadest of the big leaguers. In single-handed, Echo fly rods offer Glass and Bad Ass Glass and in two-handed, Glass Switch and Glass Spey.

Editors’ Note: Steffen Brothers Fly Rods was founded in 1980 by Mark Steffen. Mark has a degree in Fisheries Biology from the University of Idaho and is actively involved in sports fishing stewardship. Mark is the primary rod designer and developer. Their glass fly rod line is not limited to their brochure offerings.