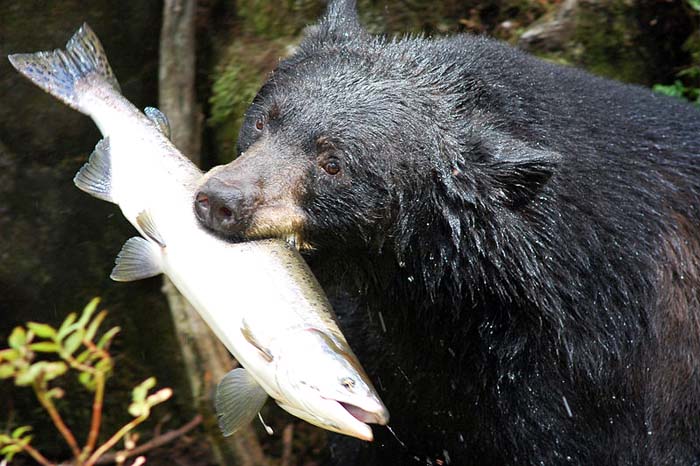 Pebble Mine – here are four reasons to oppose… again:

The Bristol Bay salmon fishery isn’t just any fishery. It’s the largest and most productive wild salmon fishery on earth – generating roughly half of the world’s wild sockeye salmon, powering the economy with 14,000 jobs, and feeding the world with healthy, sustainable food.  In 2014, the EPA conducted a scientific assessment of the potential impacts of large-scale mining on the Bristol Bay salmon fishery and proposed safety limits on mine waste disposal in Bristol Bay waters to ensure that large-scale mining won’t harm salmon.  EPA evaluated three mining scenarios; even the smallest mine – which is larger than Pebble’s “small” mine plan – would result in “unacceptable adverse effects.” That’s right. Pebble’s proposed smaller mine plan, without any expansions, will result in unacceptable impacts to salmon.

2. The opposition is overwhelming.

There is overwhelming local opposition to the Pebble Project: a recent poll found that more than 80 percent of Bristol Bay residents are against it. Prominent jewelers like Tiffany & Co., Helzberg Diamonds, Zales and Jostens have expressed their opposition to the Pebble Mine and vowed not to use gold extracted from it. Commercial fishermen, churches, restaurants, seafood processors, hunters and anglers, and grocery store companies all support protection of Bristol Bay salmon fishery over large-scale mining.

3. Even the mining industry thinks it’s a lemon.

Northern Dynasty, the small Canadian company behind the project, does not have the financial means to build the mine, and it hasn’t been able to attract a mining partner that will.  Four major mining companies – some of the largest in the world – have already walked away from the project. Mitsubishi withdrew in 2011, Anglo American withdrew in 2013 after spending more than $540 million to develop the mine, Rio Tinto walked away in 2014, donating all of its Northern Dynasty Mineral shares to two Alaskan charitable foundations and First Quantum Minerals rejected a “framework agreement” in 2018 that would have given it the option to partner in the mine.  When even the industry thinks it’s a lemon, it’s a lemon.

The Bristol Bay salmon fishery is a sustainable and renewable resource, whereas, the Pebble deposit is a nonrenewable resource. The ore from the Pebble mine will be shipped overseas to Asia, the profits will go to a foreign mining company, while the severe and lasting impacts stay here. In contrast, if the clean water and wild salmon habitat of the Bristol Bay watershed are protected, the salmon fishery can continue to feed our nation and power our economy forever.  Perpetual pollution or perpetual salmon?  An easy choice.

Opinion: Will pristine Bristol Bay be the Trump administration’s next sacrifice?

[dropcap]E[/dropcap]ven by the vanishingly low ethical and environmental standards of the Trump administration, the proposed Pebble Mine project in Alaska stands out for its shamelessness.

Most of Bristol Bay’s 7,000 residents are Alaska Natives who maintain a subsistence economy that has existed for at least 4,000 years; they embody some of the last intact salmon-based cultures in the world. Alannah Hurley, executive director of the United Tribes of Bristol Bay, calls Pebble Mine an ‘existential’ threat to the Natives’ way of life.”

This is of the largest of the Pacific salmons –  Chinook or king Salmon. It is displayed in the Spawning Colors. Chinook world record [IGFA] is 98-pounds, and commercial catch 138-pounds. All caught in Alaska. Chinook has the tastiest meat of all the Pacific salmons, sockeye a close second, but the Atlantic salmon, “The King of Fish,” the tastiest of all salmons.

Even the downsized mine would include an open pit nearly 2,000 feet deep, tailings dams and holding pits for 1.1 billion tons of waste removed from the deposit, a 188-mile-long natural gas pipeline, 77 miles of new roads, a ferry system on Alaska’s biggest lake, a new coastal port and a new power plant — all in an area where almost nothing of the sort now exists.

The draft Environmental Impact Study [EIS] drew hundreds of thousands of negative critiques from experts and members of the public during the review period. But that kind of reaction hasn’t deterred the Trump administration from its almost gleeful override of environmental protections in pursuit of transient corporate wealth. The drive is so single-minded that its members seem to compete to see who can destroy the most precious natural resource.”