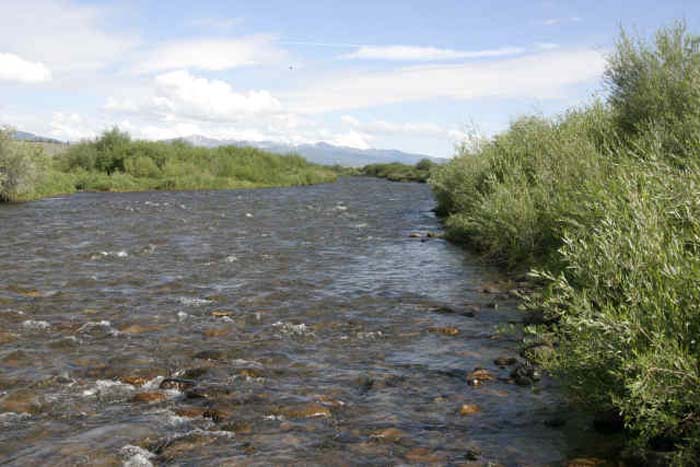 [dropcap]I[/dropcap]f you care about fishing or boating Colorado’s rivers, this ongoing legal case should have relevance for you. Roger Hill is a 76-year-old Coloradan who likes to fish while standing on the bed of a stream. One of his favorite spots is a stretch of the Arkansas River below Salida. A local landowner claims that Hill is trespassing when he stands on the streambed adjacent to the landowner’s property. He has responded by repeatedly throwing rocks at Hill while he is fishing and leaving threatening notes on his car. The landowner even shot at one of Hill’s fishing buddies, though he was thrown in jail for that little stunt.

Hill claims a right to fish from the streambed on the grounds that the stretch of the Arkansas River where he fishes is navigable and that the state of Colorado thereby owns the bed of the stream. So he sued the landowner.

“ . . . is a title different in character from that which the state holds in lands intended for sale. … It is a title held in trust for the people of the state, that they may enjoy the navigation of the waters, carry on commerce over them, and have liberty of fishing therein, freed from the obstruction or interference of private parties.”

Now, Colorado has moved to dismiss the case, arguing that it cannot go forward without the state’s participation. In a complicated argument, the state also claims that because it has not consented to being sued, the case must be dismissed. Mind you, the state could simply waive its immunity claim and support the right of people like Hill to fish. Instead, the state is actively seeking to block Hill’s claim that he has the right to access navigable streams.