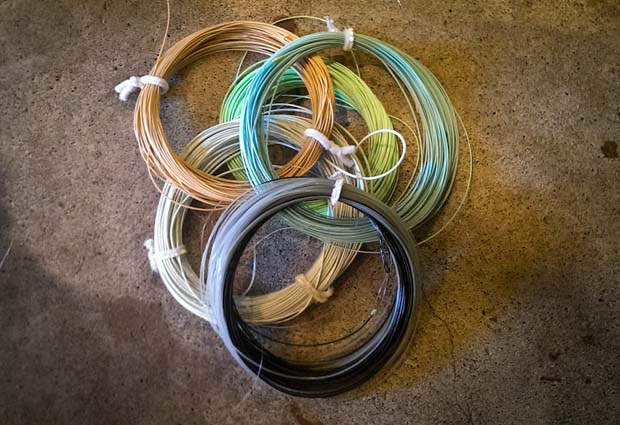 Advice: Taking the mystery out of “sinking” lines; finally

[dropcap]T[/dropcap]o disregard the uses of fly lines as it relates to “sinking lines” is to miss out on some pretty surefire ways to attract fish, encourage a bite and up your catch stats.

Is understanding sinking tips, add-on tips and different rigs confusing? Yes. But Zach Mathews (Itinerate Angler), along with Kelly Galloup, have become “The Explainers ” taking the air out of mixed message nomenclature that fly line producers’ marketing adjuncts pitch us with.

The following is Mathews’ coverage of, and explanation of, SINKING TIPS. Read the entire explanation at least twice and you will be anointed with an understanding you never thought possible. You will find out that it is not at all as complicated as perhaps you previously thought.

As we went in the last Ten Tips, the first thing you need to understand to grasp the concept of how sinking fly lines work is that density is not the same thing as mass.  Density determines how fast a fly line sinks in water.  Mass determines how much the same fly line weighs, and those two things are not equivalent.  Just as a multi-ton metal battleship can float despite weighing as much as a parking garage, there are lots of very heavy fly lines that also float like corks.  They achieve this miracle the same way the battleship does: they are packed full of air.  Specifically, floating fly lines are made of liquefied polyvinylchloride (PVC) (or in some cases other plastics), which is extruded through a computer-controlled opening called a “variable orifice dye” with a thin strand of braided Dacron running straight through the middle of it.  In other words, fly lines are made a lot like candles, only with PVC cooling around the “wick” (a fly line core) instead of wax.

To make that fly line float, line manufacturers mix hollow glass microspheres into the hot plastic soup before they extrude
the fly line.  There is an upper limit on how many of these spheres they can pack in, but suffice it to say, floating fly lines are functionally hollow.  Sinking lines, meanwhile, have a lot more variability.  An intermediate sinking line is typically made with neither hollow microspheres nor heavy metal dust baked in; thus they sink at about the normal rate of thin soft plastic in water, roughly an inch or so a second.  To make the line sink faster, manufacturers begin sprinkling in increasing amounts of that heavy metal dust (which could be lead, tungsten or things like bismuth, depending on the sink rate the manufacturer is trying to achieve).  As more or heavier dust is sprinkled in instead of those hollow microspheres, the manufacturer adds density and thus the line sinks faster.  The rate at which a fly line sinks is usually explained in a “Type” system, running from Type I all the way to Type VI.  The heaviest-sinking lines on the market will sink at about 14-16 inches per second, which right now seems to be the upper limit with existing technology.

The original AFTMA grain-weight chart established in the 1960s still serves as a set of rough guidelines for designating line sizes. The standard weight indicates the weight in grains of the first 30 feet of line for each line class.

With me so far?  It’s important to understand that line weight has nothing to do with how fast the fly line sinks.  Instead, line weight is a description of how physically heavy a fly line is rather than how dense it is; classically this measurement was taken using only the front thirty feet of fly line, and was measured in “grains,” which is a term borrowed from the ammunition industry.  Years ago the manufacturers all agreed on a specific set of “grain weight windows” which could correlate to easy-to-understand “line weights”, as depicted in the chart to the right.  As the years have passed, these original guidelines have grown blurrier and blurrier, to the point where most manufacturers today use them only as a vague starting point.  Since rods and lines are still manufactured with the idea that a given line weight will function with a given rod weight, we can still match lines and rods based on their stated “weight” without worrying too much about the actual grains in the line.  (In other words, when it comes to matching lines and rods, you can trust these guys: they are experts, after all).

Here’s the thing: line weight has nothing to do with sink rate.  I keep repeating this because it is so often confused.  An 8 weight line floating line on a 5 weight rod will still float, if you can cast it.  Meanwhile, an 8 weight Type V sinking line is still going to sink at the exact same rate whether you cast that line on a 5 weight or a 12 weight rod.  There are situations where you might want to overline a rod, and we’ll come to that next, but understand that overlining or underlining a rod has nothing to do with how fast the line will actually sink: that is still controlled by its density. 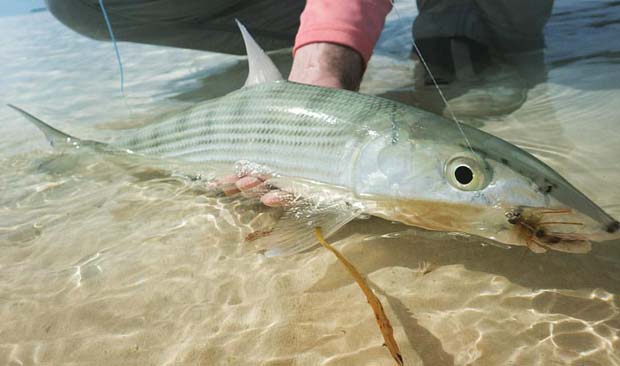 “Overlining” is a term used to describe a rod which has been matched with a fly line that weighs more than the specified grain window for that rod (or at least more than the manufacturer’s intended grain window, regardless of whether they still follow AFFTA guidelines).  An overlined rod immediately changes in terms of performance; because you now have more weight pulling on the rod, it will bend deeper and achieve a greater load with less line in the air.  This is the principle on which shooting heads work (and we’ll discuss those next).  The typical rule of thumb when choosing a shooting head is to “overline” your rod by two line weights.  For an 8 weight rod, that means you would historically choose a 10 weight shooting head, or at least a shooting head with a 10 weight’s 270-290 grains’ worth of weight.

Classic shooting heads were literally just level scraps of fly line attached by various means to a thinner “shooting” or “running” line; oftentimes the running line was just a long length of plain monofilament (frequently low-memory Amnesia).  In the old days, anglers, especially in the Pacific Northwest, would cut up level sections of heavy trolling line, like Cortland’s LC-13 product (originally intended for trolling, the “LC” stood for “lead core”), in order to make a sinking head.  LC-13 was nice because it weighed 13 grains per foot, making it easy to construct a head which was exactly two “line weights” overlined for a given rod.  If you had a 10 weight rod and wanted to make an LC-13 shooting head, you’d need a 12 weight’s worth of grains (remember, two line weights over the stated rod “weight”).  12 weights require 368-392 grains of weight according to the old AFFTA standard in the chart above, which remember measured the first 30 feet of the fly line.  At thirteen grains per foot, you thus needed thirty feet of LC-13 line to make a basically perfect shooting head for a ten weight (13 X 30 = 390 grains).  In the classic shooting head world, this was close to ideal, because the available product (LC-13) matched the desired head length (30 feet) for optimal casting on a 10 weight rod so closely.

The trouble with classic shooting heads was that they had no taper.  Zero; zilch; nada.  It was thus extremely difficult to make any kind of a presentation with such a setup.  The problem grew worse with lighter line weights, because you really need about 30 feet of shooting head to make it function in a loop as cast by a fly rod.  A five weight LC-13 shooting head would only be about 15 feet long, which was so short the rig acted more like a medieval flail than a fishing setup.

#5 To the Rescue: Integrated Shooting Heads

Luckily for all of us, the manufacturers perceived our need.  Starting about fifteen years ago they began introducing what were originally billed as “integrated” shooting head lines; these were lines with the heavy shooting head fused to a normal fly line and with a rudimentary front and rear taper built into the head.  As the years have progressed, these integrated shooting heads have evolved into full-fledged compound line tapers of their own, although they continue to share the original, extreme-weight-forward characteristics of a classic shooting head.  These days there is no reason other than cost to build a shooting head yourself.  Integrated lines from the manufacturers like the Rio Outbound or the Scientific Anglers Mastery Streamer Express will outperform any homebrew line, I promise.  However, this brave new world has left us with some odd remnants of the old system, when anglers would cut lines in their basements based on grain weight.  This is why many modern sinking lines are still sold by grain weight: the manufacturers are giving the hardliners a number they understand, even if you now need a history lesson to appreciate why this is the only area in fly fishing using such an obscure system.

Indeed, the shooting head’s adoption by the broader line market had a broader effect; many anglers found that they could achieve greater distance with these lines than they could with classic “long-belly” tapers.  As tapering technology grew in sophistication, the perceived demerit of a shooting head’s inability to turn a fly over in a nice presentation diminished significantly.  In recent years, lines manufactured for fisheries requiring both long casts AND nice presentations have increasingly gone to an integrated shooting head model (for example, Rio’s Bonefish tapers, analyzed below).