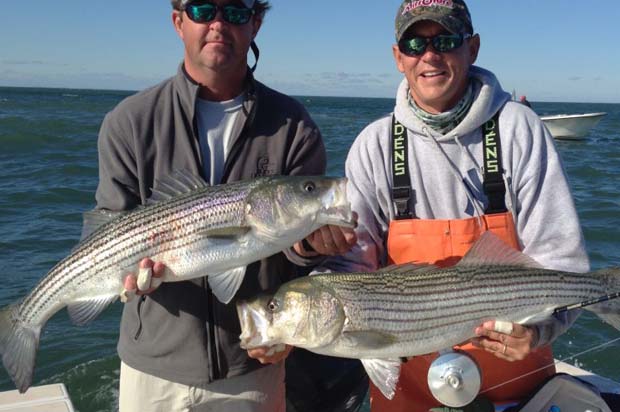 Marshall Cutchin, former guide in the Keys and MidCurrent’s publisher, ‘speaks’ in great detail about tipping lodges and guides. A subject of great confusion, especially  for anglers without borders, gets cleared up.

Our own editor, Capt. Andrew Derr, also a former Keys guide and now a guide in Montauk, LI, NY said: “Marshall’s story hits the nail on the head.”

Me, I’ve lost flies in multiple destinations within continents: North America, South America, Europe, and Australia/Oceania and was somewhat clueless about tipping the right amount.

How to Tip Fishing Guides and Lodges

[dropcap]T[/dropcap]he difference between a meager tip and an excessive gratuity is a puzzle to many traveling fly fishers. Read this guide to accepted practice before planning your next trip.

A STORY I like to tell about tipping involves a gentleman known among his friends, appropriately, as Wild Phil. Phil used to place a $100 bill in plain sight on the console of my skiff, and whenever he jumped a tarpon, he would get down and hand me the hundred dollars. One day, after we had jumped 9 tarpon in just a couple of hours, I was struck by the relative absurdity of this relationship, and I said, “Phil, you don’t need to be so generous.”

Phil thought about this for a few seconds, then said, “You’re right. I want you to know that I’m grateful. But I don’t want you to think I’m stupid.”

And so it is with tipping and fishing. Understand a little bit about how your guide, or lodge personnel, or captain are compensated and, within general expectations, follow your instincts. Wanda is a professional guide, Federation of Fly Fishers Master Casting Instructor and enthusiastic supporter of Casting for Recovery and Healing Waters. She and husband Gary hold the oldest fly fishing schools in the Southeast.

With the amount of traveling fly fishers do, it’s surprising that there aren’t well-publicized standards for tipping guides — something like the $1-to-$2 per bag “rule” for airport skycaps and hotel bellmen in the U.S. But just as guides and lodges in different parts of the world charge different rates for the same services, they can also have very different expectations of what makes a fair gratuity.

In all cases, if you are using a booking service or know someone who has fished the location before, ask. You’ll avoid uncomfortable moments like a bartender in New Zealand refusing your $10 tip (“Why don’t you just buy a round for the bar, mate?”).

You may have some fixed rules of your own, like 15 percent for service people, or 20 percent if they’ve done an outstanding job. But following those rules in all foreign countries may do a disservice to other anglers and to lodge management. And what do you do at a lodge where half a dozen people are involved in ensuring the quality of your visit? Or maybe you’ve heard that in some parts of the world, T-shirts and fishing lures are more meaningful than cash. And what about that obnoxious bass guide in Florida who didn’t like fly fishers because he couldn’t tack on his normal “backlash” fee? (“Wind knot fees,” you suggested under your breath.)

The short answer to these questions is that tipping etiquette in the fly fishing business follows the same general rules that apply to all service industry workers in a given country. In the U.S. for example, gratuities of more than 20 percent mean you were extremely happy about the experience; tipping less than 10 percent means you were dissatisfied, but communicates to the service provider that you know tipping is customary.

In all cases, if you are using a booking service or know someone who has fished the location before, ask. You’ll avoid uncomfortable moments like a bartender in New Zealand refusing your $10 tip (“Why don’t you just buy a round for the bar, mate?”).

Is tipping discretionary? Tipping amounts — even in the U.S. and neighboring countries, where gratuities are often taken for granted — should always reflect quality of service. But not tipping in an industry where gratuities make up a considerable portion of the incomes of the lower-paid staff is almost always insulting. Discussing the source of a bad experience with a lodge manager while you are on-site, for example, is far better than leaving without tipping.