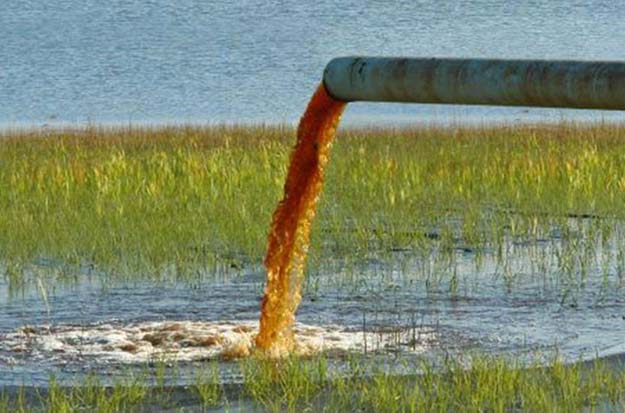 The proposed repeal was made public on the same day that Environmental Protection Agency (EPA) Administrator Scott Pruitt testified before the Senate Appropriations Committee and promised that under his leadership, the EPA would focus on its core mission of protecting clean air and water for the American people.

“We are taking significant action to return power to the states and provide regulatory certainty to our nation’s farmers and businesses,” Pruitt said in a press statement. “This is the first step in the two-step process to redefine ‘waters of the U.S.’ and we are committed to moving through this re-evaluation to quickly provide regulatory certainty, in a way that is thoughtful, transparent and collaborative with other agencies and the public.”

The Clean Water Rule, which was first proposed in 2014, sought to clarify the legal jurisdiction of the federal government under the Clean Water Act. In doing so, it expanded protection for two million miles of streams and 20 million acres of wetlands. Also known as the Waters of the United States Rule, the rule was widely criticized by industry — including fossil fuel producers, manufacturers, and agribusiness — as well as by Republican lawmakers, who called the rule an example of overreach by a federal agency. The Obama-era regulation, which was based on a review of more than 1,200 peer-reviewed scientific studies and the input of hundreds of stakeholders, was meant to protect our nation’s waterways from pollution, and determine which water bodies were subject to federal oversight. A 2015 survey found that 80 percent of Americans, including 94 percent of Democrats and 68 percent of Republicans, supported the rule. Image credit Surfrider Foundation.

President Trump signed an executive order in February, directing the EPA, which issued the original rule in conjunction with the Army Corps of Engineers, to “review and reconsider” the rule, paying special attention to the definition of “navigable waters.”

The Clean Water Rule had already been put on hold by a federal appeals court in 2015 after 13 states filed a lawsuit against the EPA and Army Corps of Engineers. Since then, it has been on hold while the case works its way through the courts.

The Sixth Circuit, which initially granted the stay, is currently waiting for the Supreme Court to decide whether it has the jurisdiction to hear the case in the first place. It’s possible, however, that the administration will use the rule’s repeal as an argument that litigation regarding the regulation should be suspended, effectively killing environmentalists’ hope that the rule will be upheld by the courts on its scientific and legal merits.

Under the Clean Water Act, the federal government can regulate pollution that flows into navigable waters, but courts and legislative bodies have struggled to define the term for decades.

The Clean Water Rule was the Obama administration’s attempt at clarifying what exactly constitutes a “navigable” body of water, and it was largely based on an opinion from a 2006 Supreme Court decision written by Justice Anthony Kennedy, who argued that waters could fall under the jurisdiction of the Clean Water Act if they have a “significant nexus” to navigable waters.
Scalia returns from the grave to pollute America’s water Screw the trout, boys. We got what we want. We’ll be outta’ here in a bit. Thanks EPA.

A leaked draft of the Trump administration’s proposed rewrite of the Clean Water Rule, which circulated EPA and Capitol Hill offices in late April, revealed that the administration wanted the EPA to focus on a definition of navigable waters offered by the late Supreme Court Justice Antonin Scalia, rather than on Kennedy’s “significant nexus” test.

That definition would severely restrict the federal government’s ability to regulate pollution, especially in areas like wetlands or seasonal streams, which don’t fit under Scalia’s narrower definition of waters. One in three Americans gets their drinking water from a source that would not qualify for protection under Scalia’s definition.

The administration has not officially released its interpretation of rule meant to clarify the jurisdiction of the federal government under the Clean Water Act, and it’s unclear when such a rule would be finalized or put forward for public comment. But if the rewrite of the rule follows Scalia’s definition of navigable water, legal experts warn that the rule will face an uphill battle in courts, since no federal court of appeals has ever upheld the Scalia definition of navigable waters by itself. In five district court decisions since 2006, only one court has ruled that either Scalia’s test or Kennedy’s test could be used to decide whether the EPA was properly interpreting its authority under the Clean Water Act; all other decisions found that regulations must meet Kennedy’s “significant nexus” test.

“It goes without saying that the Trump administration doesn’t care about the environment, public health, or its duty to protect our most precious natural resources — and that is why it’s up to us, the American people, to hold them accountable,” Michael Brune, executive director of Sierra Club, said in a statement. “We will fight this and every other attempt by polluters and the Trump administration to destroy our water resources.”

But opponents of the administration’s eventual replacement plan can’t legally challenge the administration until it has finalized a new rule, a process that could take years. That means that in the absence of a clear federal definition of “navigable waters,” businesses, landowners, and environmental groups will have to seek regulatory certainty through the courts, teeing up a patchwork of case-by-case litigation.