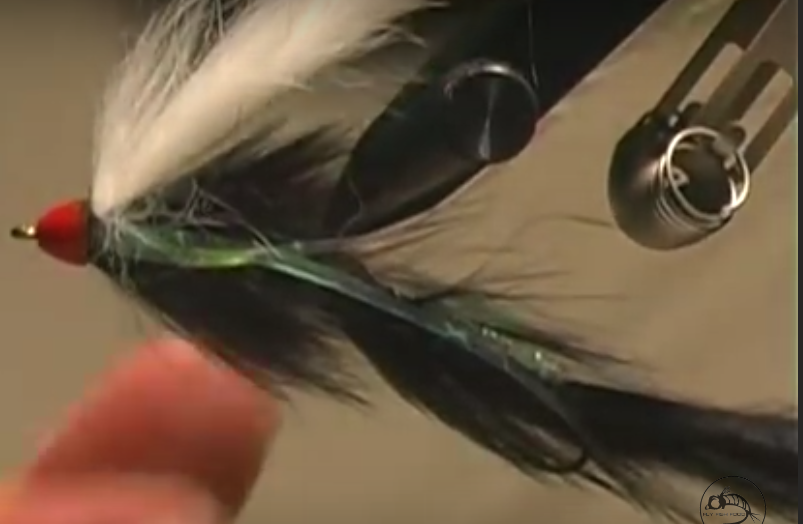 by Skip Clement with video by Curtis Fry

[dropcap]P[/dropcap]udge, an oft-times Alaska angling partner from Chicago found the quiet he always talked about in western North Carolina Appalachians, 20 miles from the city of Asheville.

It’s all walk-in fishing for Pudge and me but graded to our liking and the waters negotiable for those with far less than a gymnasts balancing skills.

The discussion of the day’s flies settled on what Pudge had found highly profitable patterns in North Carolina and North Georgia’s early season trout waters. Big leeches, big Woolly Buggers and a fly I’d only seen years ago in Alaska, the Dolly Llama (Dalai Lama).

It was remarkable, and more than a thrill to get so many hits and takes on a fly equal to the size of rainbow juveniles, but that might have been the bigger rainbows preordained intent and the reason why the llama so tempting. A meal well worth the calorie consumption for the “chase.” That’s a hint as to how the Dolly Llama should be swum.

In subsequent outings, the Dolly has been successful on largemouth bass, stripers and reported productive (third hand) on reds in Georgia’s coastal marshes.

NOTE: Like with most streamers or attractor patterns, different hook sizes and colors make good alternatives.

Too, if you think that you should be able to cast the llama a mile, forgettaboutit; it’s too heavy and bulky. However, if you have a switch rod or a short shooting head fly line on your nine-foot fly rod, you’re in business to ply more stream turf than with conventional rigging of a nine or shorter trout rod.

NOTE 2: The short shooting head lines and thin running lines ALL stink at swinging any fly across the current. Think getting more parallel with the current.