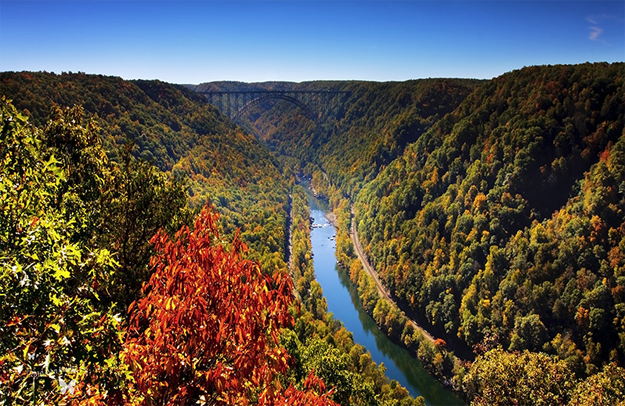 They vote against their best interests, every time

. . . but is was also small, rural Anytown, America. Its populaces didn’t have a clue about what was to come of their rights to hunt and fish on public lands.

They were positive that he would keep his word… about being for them — but they were wrong.

The following is an excerpt from Ted Williams’ Writers on the Range story – August 24, 2017

Hunting and angling groups said Trump would represent their interests — but they were wrong. Hunters and anglers say they are astonished and outraged. But without their support, Trump wouldn’t be president, and Zinke wouldn’t be running Interior. If sportsmen read newspapers instead of hook-and-bullet rags, they’d have understood that state seizure of public lands is a plank in the GOP platform and that state lands get sold off or reserved for extractive industry.

In a Petersen’s Hunting piece titled “Why Sportsmen Should Vote for Donald Trump,” the magazine’s editor revealed his reaction to meeting the candidate: “My heart started to pound, my breath coming in short gulps.”

A group calling itself Sportsmen for Trump offered this: “Mr. Trump is the only candidate that will represent our values.”

“We as hunters, anglers and Americans can chalk this day up as a win for our sport,” effused Outdoorhub on Trump’s inauguration.

As a condition for entering the Union, most Western states agreed to disclaim all right to unappropriated public lands. In exchange, the federal government gave them “trust lands” with which to generate revenue through sale and development. So far, Utah has sold off 4.1 million acres of its trust lands, New Mexico 4 million, Montana 800,000, Idaho 1.5 million, Colorado 1.7 million, and Arizona 1.7 million. Of the 2.7 million acres given to Nevada, only 3,000 acres remain. While it’s no Idaho in land mass nor contain 33 million acres of pubic land, West Virginia has 1.5 million acres of public land. Roughly, only ten percent of the state’s area, but fly fishing those acres’ riverine waters, lakes and still waters would take years to experience – more likely a lifetime. Who would agree to give even a half acre away to a foreign company who promises to exploit it by extraction, destroy it and leave you with the cleanup invoice? Well, it turns out that’s what you voted for. Photo a West Virginia Brown,  “The first decent fish of the day.”

One might suppose that the state wildlife professionals who belong to the Association of Fish & Wildlife Agencies would work for the best interests of the hunting- and fishing-license buyers who help pay their salaries. Instead, they led the successful charge against the U.S. Fish and Wildlife Service rule to reassert control of the American public’s 73 million acres of national wildlife refuges in Alaska. Necessitating that rule was the board’s attempt to convert both federal and state lands to a vast Stop & Shop for moose and caribou meat by killing off bears and wolves.

Traditionally, the Fish and Wildlife Service has allowed states to manage wildlife on the agency’s refuges, but things got so out of hand in Alaska it had to protect the public’s wildlife from the board’s 1920s-style predator jihad. As then-Director Dan Ashe wrote in the Huffington Post on Aug. 3, 2016: “The Alaska Board of Game has unleashed a withering attack on bears and wolves that is wholly at odds with America’s long tradition of ethical, sportsmanlike, fair-chase hunting. … There comes a time when the U.S. Fish and Wildlife Service must stand up for the authorities and principles that underpin our work and say, ‘no.’ ”

That thinking doesn’t compute with Congress or the Trump administration No one knows how much unadulterated wilderness Ryan Zinke will erase? The White House does, but you don’t. Photo is official government photo of 52nd United States Secretary of the Interior, Ryan Zinke.

In April, the president signed legislation repealing the federal wildlife agency’s Alaska refuge rule. On federal lands Alaska now allows the shooting of grizzly and brown bears over bait, shooting mother bears with cubs as well as killing the cubs themselves, shooting bears and wolves from planes, and dispatching wolves and wolf pups in their dens.

In April, the president signed legislation repealing the federal wildlife agency’s Alaska refuge rule. On federal lands Alaska now allows the shooting of grizzly and brown bears over bait, shooting mother bears with cubs as well as killing the cubs themselves, shooting bears and wolves from planes, and dispatching wolves and wolf pups in their dens.

When the Association of Fish & Wildlife Agencies attacked Ashe for standing up for the wildlife that belongs to all Americans, it was joined by The Pope and Young Club, Quail Forever, Orion the Hunters Institute, Pheasants Forever, Wild Sheep Foundation, Rocky Mountain Elk Foundation, Boone and Crockett Club, Ducks Unlimited, Quality Deer Management Association and Safari Club, to mention just a few.

NOTE: Ted Williams is a contributor to Writers on the Range, the opinion service of High Country News. He writes the monthly “Recovery” column for The Nature Conservancy’s online magazine Cool Green Science.