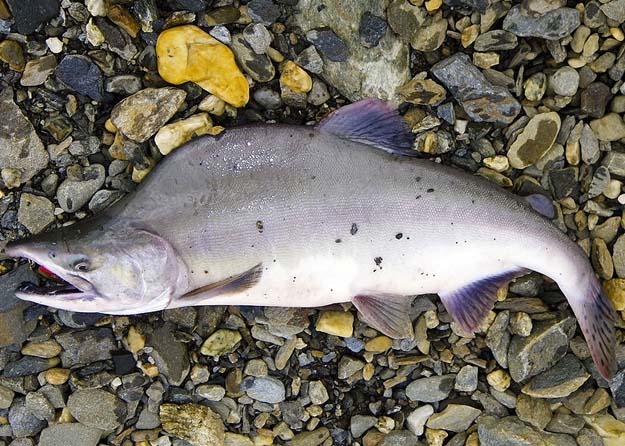 Pink salmon, have urges – will travel [dropcap]N[/dropcap]ow called by some, an ill-conceived effort to bring pink Salmon from rivers in the Russian Pacific region, and particularly from rivers flowing into the Sea of Okhotsk, to rivers in Northwest Russia bordering the White Sea and the world famous Atlantic salmon fishery on the Kola Peninsula.

Hundreds of miles of the Kola are dominated by the Ponoi River, one of the last, great concentrations of wild Atlantic salmon in the world. A river where catches are recorded in thousands. Even the slowest weeks exceed an entire season’s catch elsewhere.

Maybe it was a bad idea because now they’re showing up all over the place, Scotland, Ireland, and where they have colonized, of course, in Norway. But now, pink Salmon have shown up in Newfoundland’s Gander River and two others were found in different rivers in Labrador as well.

The Labrador and Newfoundland pinks crossed the Atlantic, and are not a risk – but then, the species did colonize rivers in Norway on their own? Some journalist are calling it an “explosion” of pink salmon – sounds fishy Fake News to me.