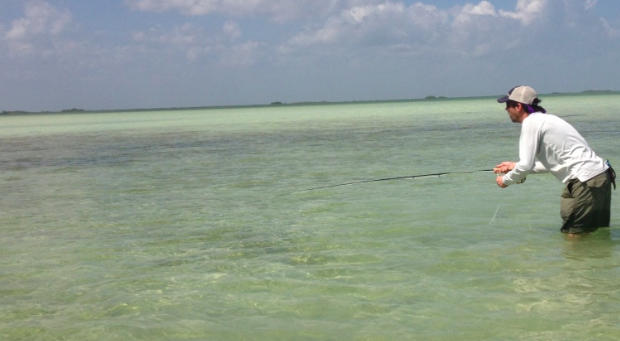 Bahamas’ flats fishing rules: Yes? No? On? Off?

The Bahamas’ flats fishing populism adventure has been one man’s ego trip. Now, it is smelling too long unrefrigerated… and may have gone sideways. Benjamin Pratt says it’s still game on? What does insider Bjorn Stromsness say? 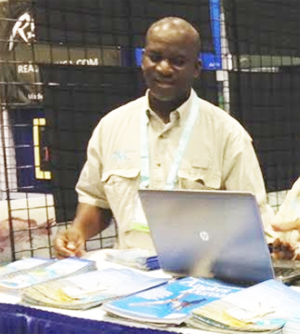 Benjamin Pratt, senior manager for The Bahamas’ Ministry of Tourism. Pratt is respected by the sports fishing community in The Bahamas (guides, lodge owners domestic and foreign), and by the BTT and outdoor travel industry. Clement photo.

[dropcap]B[/dropcap]aseball great Yogi Berra reportedly said, “People don’t go there anymore. It’s too crowded.” Well, if you count me and mine, seven regulars are probably not not going to The Bahamas this year. And it’s not because it’s too crowded.

We’re going to miss the people, the places and fly fishing we enjoyed for over ten years.

“We can’t risk going there.” And that was that

We could pester our Londoner relatives who are part of the Lyford Cay Club’s privileged class in Nassau, but nannies, golf, tennis, cocktail parties, and yacht outings do nothing for our colonial clan. The two adult women in our safari said, NO!

Our tribal leaders, a grandmother, my wife, and a mother of two toddlers, my daughter, are both avid flats stalkers. Their boots on the ground modus operandi, rent a skiff (old rowboat) and DIY fly fish the flats on their off-duty vacation days. They were not willing to risk being arrested, jailed and heavily fined for not fishing with an “approved” guide – a mandate of the one-man anti-foreigner campaign. They were unfazed by my saying arrest would be doubtful.

At the 6th Tri-Annual Bonefish & Tarpon Trust (BTT) Symposium in Fort Lauderdale, US-based ad agency Admirable Devil sponsored a lively panel discussion titled “Bonefish and the Bahamas,” featuring both Bahamian officials and those most immediately affected by their bonefish harvest regulations (Draconian flats fishing regulations). On hand to discuss the updates were Benjamin Pratt, senior manager for the country’s Ministry of Tourism; Eric Carey, executive director of The Bahamas National Trust, and other Bahamian citizens who work as fishing guides.

The panel audience included lodge owners, guides, and ordinary anglers, as well as industry notables like The Orvis Company’s Tom Rosenbauer, American Fly Fishing Trade Association board member Tom Sadler, and Jim Klug of popular travel company Yellow Dog Fly Fishing Adventures. Many wondered what the new regulations would mean for the future of angling in what is considered one of the best bonefishing destinations in the world.

As if to allay anxiety, Pratt announced with a confident smile that “the Bahamas is open for business. We want every angler who is even thinking about bonefishing to know that we want them in our country, and they are indeed welcome.”

Read between the lines at bonefish-on-the-brain . . .

Featured Image by A. Derr