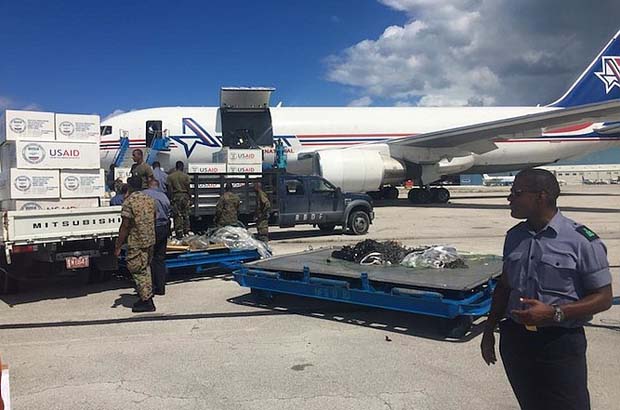 [dropcap]I[/dropcap]an Davis of Yellow Dog Fly Fishing Adventures has summarized the latest on the Bahamas bout with Joaquin – covering the southern islands of Crooked, Acklins and Long Island and it ain’t pretty. The report also covers settlements that will be familiar to those who have stayed, visited or drove through them while DIY fly fishing in those the southern islands. That reportage is particularly disturbing.

Guides have lost boats and home as well as some lodges got completely destroyed – like Miriam Cartwright’s Greenwich Creek Lodge, Ltd.

We here in Georgia, as well as our South Carolina neighbors, suffered our own coastal devastation from the same storm, but our resources more formidable than the Bahamas so damage control and repairs well managed.

Tribune 242 image of road washed out on Crooked Island, Bahamas. In the Bahamas most islands, especially southern islands, are traversable via a single road that connects settlements. With a road out there is no way to get to a settlement, which makes providing aid difficult.

Late last week Hurricane Joaquin slipped into the Southern Bahamas from the northeast, stalled for days, where the eye of the storm hovered for more than ten hours. Winds speeds in excess of 60 to 120 miles an hour ravaged Long Island, San Salvador, Cat Island, Rum Cay, Acklins and Crooked Islands for over 24 hours. These small islands are extremely isolated, have a mere few feet of elevation, and marginal hurricane shelters. The scariest fact is that on these small islands the settlements are isolated from each other.  Small groups of people were separated and isolated by the raging seas that overtook much of the land. The residents went days without knowing how others fared the storm. Many roads were washed away making travel around the island almost impossible. Reports on social media mention the locals had minimal warnings about the severity of the storms.  One can only imagine the loss of boats, property, belongings, and livelihoods. These islands are more than six hours by boat from any relief, and most of the airports were damaged or underwater, so flights could not land for days. The food stores in the hardest hit areas were either completely destroyed or severely damaged due to the flooding. No food or fresh water was available until early this week. Some people who rode the storm had to knock holes through the ceiling dry wall to access the roof rafters to escape the rising sea waters.

Relief efforts have been under way since the weekend. Ships from Nassau, and other Bahamian islands unaffected by the hurricane, the USA, and even Great Britain were all immediately dispatched with relief goods. Private flights from Nassau, Abaco and other Bahamian islands and the USA begun landing on the islands with relief supplies early this week.

Stella Maris Resort appears to have weathered the storm to some degree as most buildings are intact, but repair costs are estimated around $100,000. The lodges in the southern part of Long Island have all received severe damage. Sammy Knowles Lodge Deadman’s Cay was totally flooded, the roof is severely damaged, but early reports state the lodge “is still there.” The Long Island Bonefish Club was extensively damaged, as was Gems of Paradise and Greenwich Creek Lodge, all located in Deadman’s Cay. Cartwright’s Bay Bonefish lodge is reportedly “reduced to rubble.”

Click on this link and get Ian’s very latest update on the Bahamas as well as  Abaco Guides Association information.