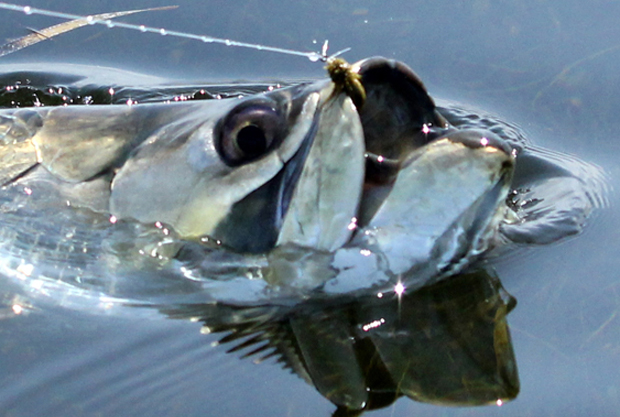 Believe It Or Not: Fracking in the Everglades? It could be South Florida’s gift to the country Oil exploration in Big Cypress National Preserve (Florida Everglades) gets approved by the National Park Service on May 6, 2016 . . .

The Burnett Oil Company, Fort Worth, Texas has been trying to get “exploratory” rights to Big Cypress National Preserve for quite a while

In 2015, Don Hargrove, the preserve’s minerals management specialist said: “Oil drilling and oil fields were here when Big Cypress (named a National Preserve in 1974) was created.” The Collier family made that a condition of the establishment of the preserve . . . “oil and gas was to continue,” added Hargrove. Currently, there are over a dozen active wells in Big Cypress … that number will more than likely increase.

The hundred-mile-long Everglades ecosystem once flowed freely from Lake Okeechobee in south-central Florida to the Gulf of Mexico and Florida Bay is water flow is now choked, polluted, and water starved at the pipe end

At the flushing end of the entire Everglades is “A Place Like No Other” – Everglades National Park (established in 1947). The Park protects 1.5 million acres of Florida’s most primeval landscape: freshwater and coastal prairie, mangroves, marshland, pine and cypress woods, and the waters and islands of Florida Bay. It is a federally designated wilderness (the largest subtropical wilderness in the United States). It was called a “river of grass” by Florida writer and environmental activist Marjory Stoneman Douglas.  It is already in the path of degradation as is Florida Bay due to pollution and a lack of fresh water.

The Everglades is a fly fisherman’s dream – miles of canals loaded with game fish willing to donate. Principal among them largemouth bass, and where canals flush to tide unobstructed by man-made barriers (spillways) tarpon, snook, jacks and other saltwater species like to visit, feed and chomp down on bait imitations. The Park is a haven for reds, snook, tarpon (big and small), sharks and other game fish.

Oil discovery in the Everglades with the profitability of extraction looking Burnett in the face may cement the end of “A Place Like No Other” – as well as fishing, canoeing, kayaking, bird watching, camping, hiking, camping and … . Here is what is not on the table, at this juncture, for exploration by Burnett

Phase One: Burnett Oil Co will be using “special” off-road vehicles crisscrossing the Preserve with large, 60,000-pound trucks that vibrate large plates against the ground to generate seismic signals to determine the presence of “structures” indicating oil. The region to be pounded is rich in cypress, pine forest, swamps and wet prairies. It is also presently a roadless area that is home to the endangered Florida panther. And home to black bears and wildlife that does not prefer a war zone. NOTE: Currently, there is a time limit of about two months on Burnett’s seismic activity.

Famous among clueless politicians is former Republican presidential hopeful Fred Thompson’s gift recorded on a 2007 bus tour of the shuffleboard state. He said he would be open to drilling for oil in the Everglades: “Why Not.” His comment was a national guffaw and front page stuff.  He got laughed at for his notable political buffoonery. Today, he would be considered an “Oracle.”