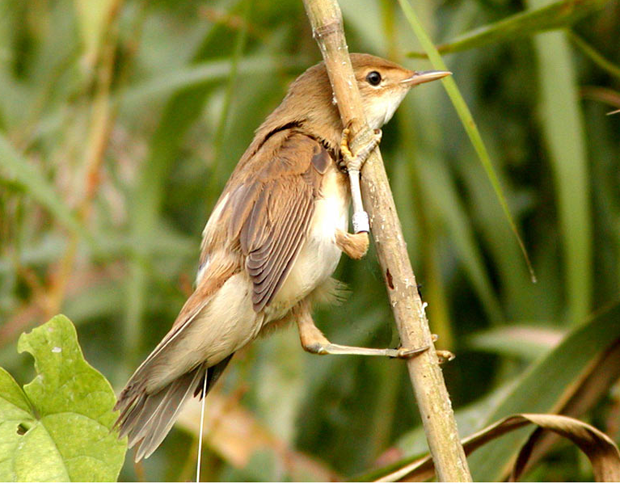 [dropcap]I[/dropcap]n the days before GPS, we needed both a compass and a map to navigate. Migrating birds are no different. Studies have suggested that the animals rely on an internal map and compass to traverse large distances, though just where these senses reside is unclear. Now, scientists say they have the strongest evidence yet that map sense is associated with the beak.

Researchers have long suspected that migrating birds navigate by sensing Earth’s magnetic field. The idea was that their beaks, which contain a lot of iron, worked like real magnets, with the metal aligning itself relative to the field. Supposedly, the so-called trigeminal nerve transmitted this information to the brain. But in 2009, a team led by Henrik Mouritsen of the University of Oldenburg in Germany cut the trigeminal nerve in several European robins and found that the animals still oriented perfectly. In lab-based experiments, the birds were able to locate the natural and artificial magnetic north. It seemed that the beak played no role in the compass sense. The finding gave support to another hypothesis, one that suggested that the inner compass was instead a magnetism-sensing chemical reaction in the birds’ eyes.

But Mouritsen’s team was still convinced that the beak had to be involved in the magnetosense in some way, and it decided to do another test. In 2010 and 2011, the scientists captured 57 Eurasian reed warblers near Kaliningrad, Russia. Every spring, these birds migrate northeast to their breeding grounds in southern Scandinavia, up to 1000 kilometers away. Once again, the scientists snapped the trigeminal nerve, in half of the birds. But then they also moved all 57 birds 1000 kilometers to the east, where the magnetic field differs from their home site, and released them. The nose knows. Reed warblers know where they are thanks to receptors in their noses.
Credit: Andrey Mukhin/Rybachy field station, Russia

The warblers that had their beak-to-brain connection cut flew northeast, as if they had departed from near Kaliningrad—they had lost their “map sense” and could no longer determine their location. Those with the nerve intact, on the other hand, quickly oriented themselves and turned northwest, toward their breeding grounds, the team reports this week in PLOS ONE. This meant that the beak-to-brain system, which, according to the earlier tests, had no impact on the “compass sense,” did matter for the “map sense” of the birds – if the link was damaged, the birds simply did not know they had been displaced.

Experiments implicating the beak in the “map sense” have been done before – for instance, by numbing the trigeminal nerve using a strong magnetic pulse. But this is the first study that that involves both displacing migratory birds long distance and severing the trigeminal nerve, with conclusive results, the scientists say.

Co-author Dmitry Kishkinev, now at the University of Guelph in Canada, says that the next step will be to determine where in the beak the magnetoreceptors might be. The endings of the trigeminal nerve are located in several places – in the upper beak, the palate, the nasal cavity, and in a part of the orbit, the cavity where the eyeball is located, so magnetoreceptors could be anywhere in these tissues. “The mystery of the exact location of the magnetoreceptors is not solved yet,” he says.

Not everyone is convinced, though. For instance, another group has recently found evidence of tiny iron clumps inside birds’ inner ear, which may or may not be magnetoreceptors. But neurobiologist Gerta Fleissner of Goethe University Frankfurt in Germany, who was not involved in the study, still thinks that the paper is “a really nice additional jigsaw piece” to solve the puzzle of the “map sense,” although she adds that more tests are needed.

“The so-called ‘final proof’ that the avian beak is housing a map-related magnetic field receptor system requires a lot more experiments, such as direct electrophysiological recordings from these sensory units,” Fleissner says. She suggests putting electrodes on a nerve inside a bird’s beak, close to the place where the possible receptors could be located, and trying to pick up sensory signals from an artificial magnetic field.