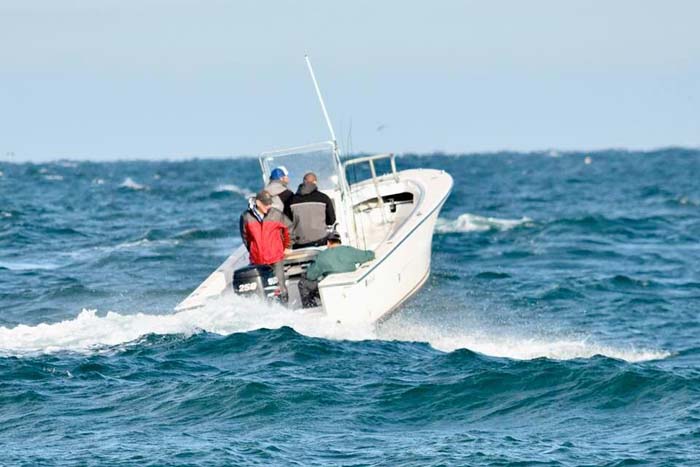 Boaters are against it, but boatless men want it Captain Andrew Derr, Montauk, LI, NY, a few days ago. If a fueling mistake by his mate was to have added E15, Derr’s boat engine would be soon crippled and all aboard put in harms way. The $20,000 engine destroyed and no warranty to protect the captain. Photo John Papciak.

Under the Administration’s new proposal, however, the Environmental Protection Agency would grant a waiver to the Clean Air Act to permit the sale of E15 in all 50 states year-round at the same roadside gas stations where most recreational boaters refuel their trailered vessels.

The proposal to permit the sale of a fuel (E15) during the peak summer boating season that is both harmful and illegal to use in marine engines is a major concern for boat owners. The nation’s 11 million recreational boaters want fuel that is safe for their boats, however, this proposed EPA policy change will increase the chances that boaters could inadvertently put engine-killing E15 into their tanks. Unlike the physical barriers that prevent misfueling between gasoline and diesel fuel-powered vessels, just one small orange warning label on the fuel pump is all that stands between a boat owner making a misfueling mistake that could lead to expensive, warranty-voiding repairs and catastrophic engine failure.”

E15 is prohibited by law for use in recreational boat engines, voids many marine engine warranties, and is currently banned for sale in many states by the Environmental Protection Agency