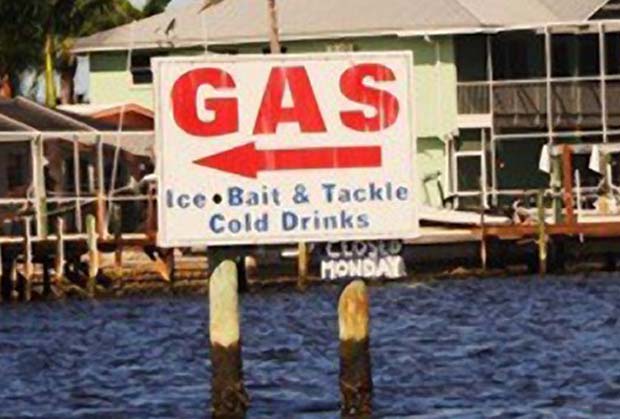 Marine engines are compatible with E10 gasoline, meaning they can burn it without damage. The problem comes from fuel that is stored for more than a month [dropcap]S[/dropcap]tored here means gas that remains in the tank for more than a few weeks, not just seasonal storage. For boats, unlike cars, the fuel supply isn’t burned and replaced frequently. When E10 fuel sits in a tank, a chemical reaction called phase separation can occur. When water levels reach a certain percentage in E10 fuel, the ethanol separates from the gas and forms a layer on the bottom of the tank. The remaining “fuel” floating above drops its octane level and lubricity, making it risky, if not unusable, for an engine. The goop on the bottom, if run through the motor, can cause immediate and severe damage.

Stored E10 fuel can wreck engines, but ethanol itself does not