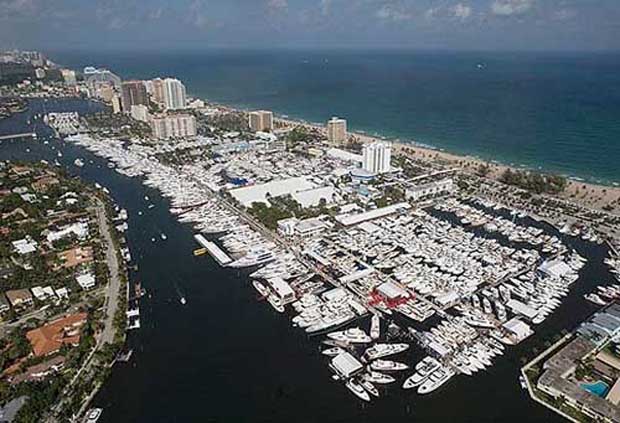 Fort Lauderdale, Florida, proclaims itself the “Yachting Capital of the World,” and it’s not wrong in saying so

Attractions included, but were not limited to, The Blue Wild Dive Show, IGFA’s School of Sportfishing and Hook the Future’s Kids Fishing Clinics

According to Efrem “Skip” Zimbalist III, president and CEO of Show Management said: “This year’s Fort Lauderdale International Boat Show was stronger in attendance and sales then the 2009 show.”

The weather cooperated on day one to the last day. All venues were a complete sea of people and speaking in a profusion of languages.

This year we shortened our attendance time, instead of random searches at several venues, over the course of several days. we intentionally pinpointed what we found to be unique beforehand – things we thought to be of posible interest to our readers.

With the help of Steve Waters (SunSentinel newspaper), who attended “everyhing” boat show from day one to the last, we were able to add a bit to our coverage.

Of the hundreds of exhibits and innovative products, we chose the following products; Dragonfly’s (Stuart, Florida) “fold-up” version of the popular Emerger skiff model called Transformer Emerger; the two new SeaVee (Miami, Florida) models – the 43 Fish Around and the stepped hull 390Z, and from Torqeedo (Starnberg, Germany) their new 40HP and 80HP electric engines as well as innovative applications for their smaller footprint electric engine models. Look for more on the latter in coming Monday Gear Reviews.