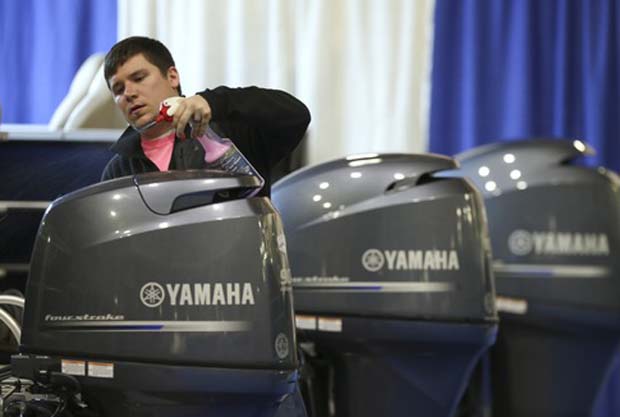 Ethanol continues to be a major cause of engine damage and other repair issues, prompting concerns about the growing use of E15

[dropcap]T[/dropcap]hat’s according to the latest survey of Boating Industry readers. We surveyed readers of our print and digital products about ethanol and other service department challenges in April and May. Respondents were a mix of personnel from dealerships, engine and boat manufacturers, marinas and more. Most marine businesses are experiencing engine damage and other issues due to ethanol in the fuel supply, raising increased concerns about the growing use of E15. BoatUS image.

Ethanol appears to be playing an even bigger role in service issues than it was just a year ago.

Eighty-seven percent of our respondents reported that their business has seen engine damage caused by ethanol. That was up from 73 percent in the same survey in April 2015.

While it may be helping drive service department business, frequent issues run the risk of driving more people out of boating.

As one New York boat dealer bluntly put it: “Ethanol makes us money … it sucks for the consumer.”

A Florida-based manufacturer echoed that:

“Ethanol is a boom for the service departments. Ethanol is a HUGE drag on our industry because it negatively affects the customers. It makes them hate boating. It ruins their day, their boat, and their entire boating experience.”

And it is no small problem, either, representing a significant portion of repairs based on what our survey respondents are seeing. Fourteen percent said that ethanol-related problems are responsible for more than half of all engine repairs, while 60 percent said it represents at least 20 percent of the repair issues. Those numbers are basically unchanged from 2015.

NOTE: Full results of the survey will appear in the July issue of Boating Industry.