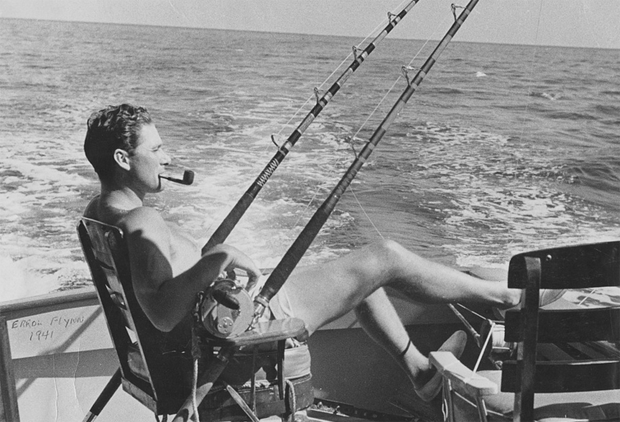 Book Review: Frank O’Brien, a man with a vision, passion and “True Grit”

[dropcap]O[/dropcap]n the East Coast of the U. S., and just about everywhere on the planet, offshore sport fishing was not slowed by The Great Depression … it did not exist. It was during the Great Depression that the Gilded Age of Big Game Angling came to town (Miami), and would never leave either coasts, Gulf or any saltwater coast in the world. Leading up to the Great Depression there was no big game fishing to speak of, lest you acknowledge Zane Grey and his brother RC’s serendipitous arrival in Key West in 1910. There, they legitimized sailfish and tarpon as worthy offshore angling opponents. Up the East Coast a little later in the decade, Henry Flagler’s Palm Beach resort hotel, The Breakers, introduced its men guests, made rough and ready by the rigors of lawn croquet, to fishing for the only respectable offshore fish, king mackerel. Sailfish and tarpon were considered nuisance catches.

Before Frank O’Brien masterminded the design and build of his fishing rods, there were no rods capable of landing a bill fish, or any fish approaching big, like a 50-pound jack crevalle or an 80-pound amberjack. And culturally, offshore angling was not considered a sport, and certainly not one for a gentlemen. They reserved their … “He’s a good man” pats on the back for those with cane rods, trout and #24 Adams’. Too, the reality of it was that the common man could not afford a boat, motor, and the fishing rod that did not yet exist.

In the book, Tim makes it clear that his father was a gifted sales personalty, possessed a dormant passion for fishing and was an entrepreneur of the first order – a risk taker with a vision. A vision that he earned via job experiences – not gambling.

While Ernest Hemingway was sipping coke and whiskey at Sloppy Joe’s in Key West and dreaming up the paragraphs that sewed together words worthy of best sellers, Frank, a cutlery salesman teamed up with Key West’s Jack Reynolds. Reynolds served the public by making and selling fishing tools (hooks, sinkers, etc.). Frank, an intellectual sponge, learned everything about fishing.

In 1934, Frank was off on his own – headed to Miami, risked everything and built what he believed to be the only fishing rod that could ‘play in the bigs.’ He married Tonkin cane, Hickory and Snakewoood and settled on a price point of $150, an amount equal to over $2,600 in today’s dollar. An absurd risk? As serendipity would have it, Miami became Mecca for big game fishing. Bimini, Bahamas was just 50 miles away with Cuba, a short run of less than 100 miles. Those coordinates teemed with big fish. There was a lot of money for some at the height of the depression years, and offshore fishing became the measure of manhood for those with the outdoor sporting frame of mind, deep pockets and the need to be able to fish year ’round.

Frank’s rod, “Bimini King” became the rage. Every record, every tournament winner, every angler had to have one. The money rolled in and The Tycoon Tackle Company stayed on a roll for decades.

Frank’s story evolved during the “Gilded Age of Big Game Angling.” The IGFA was formed during the rise of Frank’s Tycoon Tackle Company. The IGFA founders all owned a Bimini King rods. Rules they made back then still serve a world of anglers today. Also during The Tycoon Tackle Company time, techniques such as bait ‘n switch were born, fishing techniques for almost every animal fished for was described, how to books by the score were written, magazines about fishing popped up almost weekly, small fishing boat companies were formed, reel companies flourished, line manufacturers got sophisticated, and the assurance that offshore fishing was here to stay became a reality when the working man gained access affordability to the beats of offshore angling.

If you have the slightest interest in history, Tim O’Brien’s recall of his father’s time is well worth a read. The book is professionally researched, there are notes for each chapter, a bibliography and an all important index.

To buy a copy of The Tycoon Tackle Story go here . . .