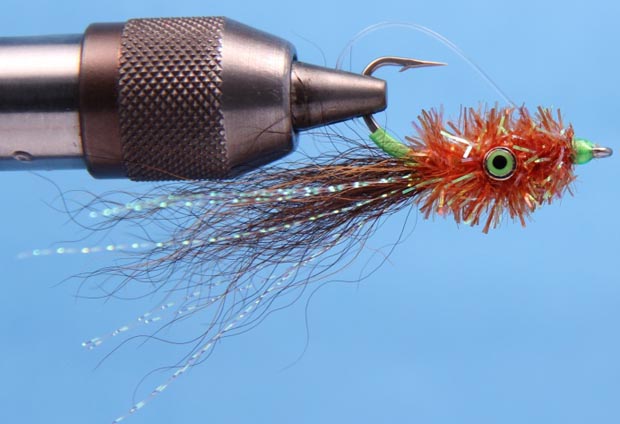 [dropcap]A[/dropcap]t the suggestion of Don Reed, a friend of a half dozen years, remarkable and innovative fly tyer, and former fly tying editor for Fly Life Magazine.com, I was coaxed into a purchase. A fly tying book. I needed another fly tying book like I needed a flat tire, but what the heck I said, and pulled the trigger. Don is a persuasive guy. Don owns Saltwater Fly Tyers in St. Augustine, Florida, a full service fly shop that has a superior tying coach-house for beginners to advanced tyers.

The book was written by Drew Chicone, a well-known entity with regard to fly tying, writing about it as well as teaching it. Too, this particular book, Redfish Flies: Eight Effective Patterns for Catching Redfish was probably what the doctor ordered. I needed some help. I was in redfish country, Savannah, Georgia and not doing too well. The patterns I use in South Florida (Everglades National Park) and those I use along the west coast of Florida (Gulf of Mexico) all the way up to up to Boca Grande are not as effective here in the chocolate-colored inland waters around Savannah. 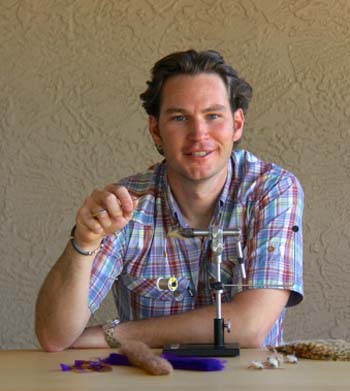 The oceanside grass flats are the most productive for reds in North Florida, Georgia, South Carolina and portions of North Carolina. I haven’t experienced the clear water grass flats here yet, but have been invited to do so by Bryan O’Dell, manager of Rivers & Glen Trading Co., Savannah’s only, and brand new, fly shop. One worth a visit. O’Dell and his sidekick Jamie Giello know everything there is to know about fly fishing Savannah’s bounty.

When the book arrived last week, I gave it a cursory page flip overview. First impression; it looked like a book for children: huge images, huge fonts, exaggerated leading and too much air. My background in design got in the way.

A few days ago, after being skunked by tailers, I went to the bench with Drew’s book and splayed it open to Pine Island Ice Tea. A fly construction that met both my skill level, versatility to catch other game fish, durability (Crystal Chenille, Pseudo Eyes) and Bucktail which inherently avoids tail fouling like marabou and feathers do, visibility in chocolate water and a natural enough swimmer to get up close and personal with snook and other flats visitors. In addition, because the weighted eyes are tied further back on the hook, it will swim level when intermediate or sinking line are in-play. A weed guard makes the fly very useful in grass flats or where there is unseen debris.

Summing up the book

I was able to tie a really attractive (unusual for me), good swimming Pine Island Ice Tea fly pattern. It’s next hook-up will be the sixth, which I hope will be today – if I can get away from this damnable machine.

I’ve ordered some of Drew’s Chicone’s other fly tying titles. I hope they all look like a book for elementary school children. 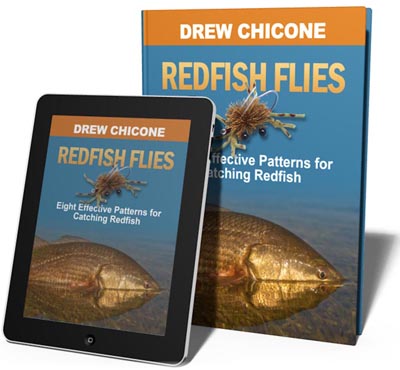