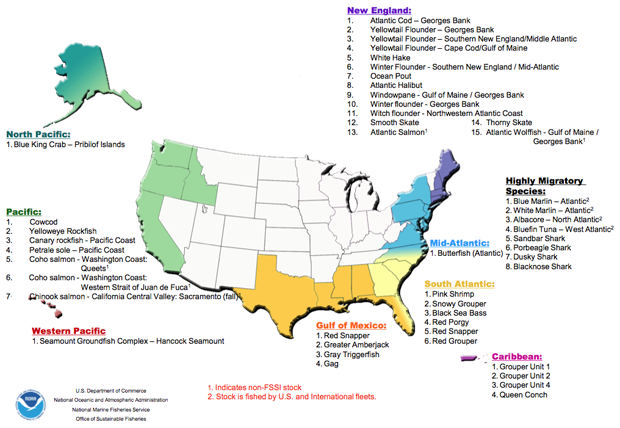 The American Fly Fishing Trade Association just released a position statement on H.R. 4742, which would roll back a number of conservation aspects of the Magnuson-Stevens Conservation and Fishery Management Act. This is a bold move, as it directly contradicts the efforts of many entities in the sportfishing industry that are now advocating against certain catch restrictions and other aspects of Magnuson-Stevens

[dropcap]A[/dropcap]ngling Trade, the only magazine focused specifically on the business of fly fishing, has researched the issue, and we support AFFTA. We believe AFFTA’s opinion best addresses the long-term interests of the fly-fishing community of manufacturers, retailers, guides, and consumers.

Here is the full statement from AFFTA:

The House Committee on Natural Resources introduced H.R. 4742, the Strengthening Fishing Communities and Increasing Flexibility in Fisheries Management Act, in late 2013. The bill is poised for a vote this session. H.R. 4742 eviscerates many of the Magnuson-Stevens Conservation and Fishery Management Act’s 2007 reauthorization’s strongest conservation provisions:

Since 2000, when a federal court decision required the National Marine Fisheries Service to comply with the conservation and stock rebuilding provisions of the Magnuson-Stevens Act, and with new mandates included in the Act’s 2007 reauthorization, 34 previously overfished populations have been rebuilt, and the number of populations subject to overfishing has been reduced by more than 60 percent, from 72 to 28.

Changing any of the Act’s provisions now, just as so many of our nation’s marine resources are on the cusp of recovery, is unwarranted and threatens to send us back to the days of overfishing when opportunity was severely limited because of a lack of healthy fish populations.

Please feel free to submit comments on this issue to editor@anglingtrade. com. Angling Trade will continue to cover this discussion in future print editions of the magazine.

This is an important issue, please join the discussion here . . .
[/information]