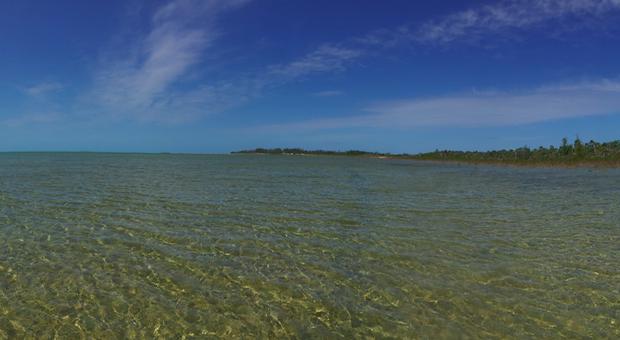 By Neil Hartnell for the Nassau Tribune

[dropcap]B[/dropcap]ahamian flats/bonefishing advocates yesterday called for the $5.5 billion Oban Energies project to be relocated, warning: “We don’t want to find out” the impacts if it goes wrong.

Justin Lewis, the Bahamas’ manager for the Bonefish & Tarpon Trust, told Tribune Business that the controversial project threatens a key location for an industry that generates an annual $141 million annual impact for this nation’s economy. Flats like this one are jewels of the Bahamas, both aesthetically and economically. Photo by A. Derr

He added that in a “worst case scenario”, dredging silt or accidental oil spills could wipe out an “entire population of fish” in an area of the Bahamas that is especially popular for bonefishing.

Arguing that the sector “doesn’t want to find out” the consequences of an environmental accident at Oban Energies, Mr Lewis suggested the Bahamas was potentially endangering its “most valuable resource” – the ocean. “We are advising that the Government look at different options for this project, specifically at different locations,” he told Tribune Business. “Just not at that spot. “From my sources, and because I’m from Freeport and have been out there and taken a look around, it’s [the Oban facility] going to be a mile or two miles east of Statoil.”

Mr. Lewis’s suspicions tally with what Tribune Business was told in November 2017 by Oban’s non-executive chairman, Peter Krieger. He, too, said the development will be based within one to two miles of east Grand Bahama’s existing Statoil terminal.

“It’s already a bonefish spawning and migrating range,” he told Tribune Business of the area. “It’s a really important home range area for bonefish, as they have really small home ranges. If something happens, a whole population will be displaced.