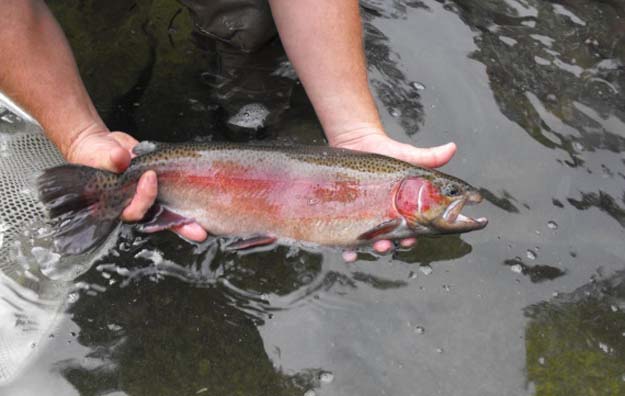 COE 1976 boondoggle dam to go down in TN

Roaring River Dam to Be Removed

[dropcap]A[/dropcap]n aging dam on the Roaring River will be removed soon in a multi-organizational effort. The exact date will depend on river conditions, and visitors should expect limited access in this area.

This will be the largest Tennessee dam ever removed for river and stream restoration purposes. The dam is roughly 220 feet across and 15 feet tall. It is located in Jackson County about five miles before the beginning of the lake formed by the Cordell Hull Dam. The Roaring River is designated as a state scenic river and is a destination for paddlers, anglers, and swimmers.

The Roaring River Dam, built in 1976 by the U.S. Army Corps of Engineers, is targeted for removal because the structure at its base is eroding in what is known as a “head cut,” creating a risk that this dam might fail. Rather than repair the dam, the Tennessee Wildlife Resources Agency and the Corps of Engineers determined that it would be better to remove the dam, which was originally built at TWRA’s request to keep reservoir species from migrating upstream into areas inhabited by stream fish. Fish surveys have shown that the barrier was not effective, and it is no longer needed.  Photo of Roaring River, Jackson County

“With the dam failing, it has provided an opportunity to enhance the connectivity within the Roaring River Watershed,” said Mark Thurman, TWRA Region III Fisheries Coordinator.  “While the barrier has not excluded reservoir species, it does still function as a barrier through most of the year.  Removing the dam will open up the river for fish such as white bass, sauger, smallmouth bass, and redhorse. It will also benefit other species such as the eastern hellbender, whose numbers have declined across the species range.” The eastern hellbender is a giant native salamander (growing up to 16-inches) that is listed as endangered in many states. In Tennessee, it is listed as a species of greatest conservation need. The salamander has been found both above and below the dam, and its removal will reconnect these populations and allow for improved reproduction and overall species health.

“We know of more than 2,000 of these dams in Tennessee’s rivers and streams. Many have outlived their intended purpose and fallen into disrepair. There is a growing recognition that removing these old dams results in safer rivers for recreation and healthier habitat for wildlife,” said Rob Bullard, Tennessee and Cumberland Rivers Program Director with The Nature Conservancy.

Partners in the joint effort to remove the aging dam include TWRA, the Corps of Engineers, The Nature Conservancy, the U.S. Fish and Wildlife Service, the Tennessee Department of Environment and Conservation and the Southern Aquatic Resources Partnership.

Private landowners or others interested in removing failing or aging dams from their properties should contact Rob Bullard at The Nature Conservancy in Tennessee: ebullard@tnc.org or 615-383-9909.