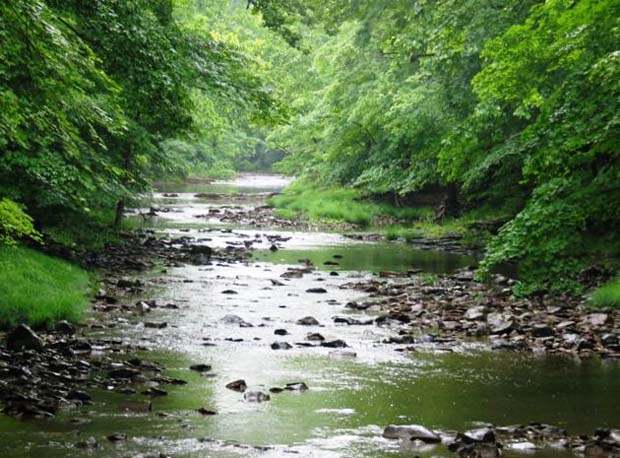 [dropcap]T[/dropcap]he U.S. Environmental Protection Agency released the results of the first comprehensive survey looking at the health of thousands of stream and river miles across the country, finding that more than half  (55 percent) are in poor condition for aquatic life.

“The health of our Nation’s rivers, lakes, bays and coastal waters depends on the vast network of streams where they begin, and this new science shows that America’s streams and rivers are under significant pressure,” said Office of Water Acting Assistant Administrator Nancy Stoner. “We must continue to invest in protecting and restoring our nation’s streams and rivers as they are vital sources of our drinking water, provide many recreational opportunities, and play a critical role in the economy.”

The 2008-2009 National Rivers and Stream Assessment reflects the most recent data available, and is part of EPA’s expanded effort to monitor waterways in the U.S. and gather scientific data on the condition of the Nation’s water resources.

EPA partners, including states and tribes, collected data from approximately 2,000 sites across the country. EPA, state and university scientists analyzed the data to determine the extent to which rivers and streams support aquatic life, how major stressors may be affecting them and how conditions are changing over time. Tinicum Creek, Pennsylvania – Tinicum is a named tributary included in the designation of the Lower Delaware National Wild and Scenic River. Descending nearly 500 feet from the headwaters, the stream enters the Delaware. The thirty-six square mile watershed is laced with nearly 40 miles of named and unnamed streams.

Findings of the assessment include:

Button Text Twenty-seven percent of the nation’s rivers and streams have excessive levels of nitrogen, and 40 percent have high levels of phosphorus. Too much nitrogen and phosphorus in the water—known as nutrient pollution—causes significant increases in algae, which harms water quality, food resources and habitats, and decreases the oxygen that fish and other aquatic life need to survive. Nutrient pollution has impacted many streams, rivers, lakes, bays and coastal waters for the past several decades, resulting in serious environmental and human health issues, and impacting the economy.

Button Text These conditions can cause streams and rivers to be more vulnerable to flooding, erosion, and pollution. Vegetation along rivers and streams slows the flow of rainwater so it does not erode stream banks, removes pollutants carried by rainwater and helps maintain water temperatures that support healthy streams for aquatic life. Approximately 24 percent of the rivers and streams monitored were rated poor due to the loss of healthy vegetative cover.

Button TextHigh bacteria levels were found in nine percent of stream and river miles making those waters potentially unsafe for swimming and other recreation.

Button TextMore than 13,000 miles of rivers have fish with mercury levels that may be unsafe for human consumption. For most people, the health risk from mercury by eating fish and shellfish is not a health concern, but some fish and shellfish contain higher levels of mercury that may harm an unborn baby or young child’s developing nervous system.

EPA plans to use this new data to inform decision making about addressing critical needs around the country for rivers, streams, and other waterbodies. This comprehensive survey will also help develop improvements to monitoring these rivers and streams across jurisdictional boundaries and enhance the ability of states and tribes to assess and manage water quality to help protect our water, aquatic life, and human health. Results are available for a dozen geographic and ecological regions of the country.