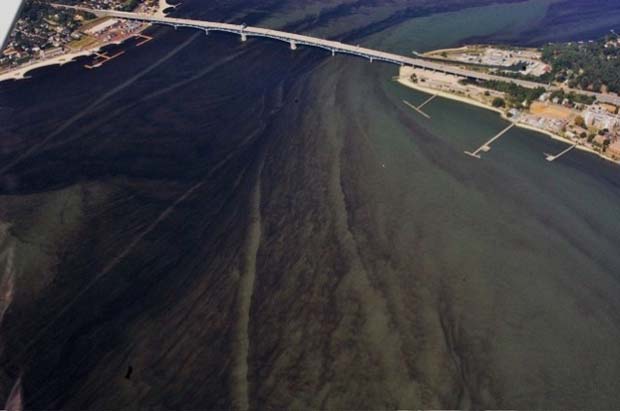 [dropcap]O[/dropcap]ver the years, the Chesapeake Bay has been known for many things: bountiful seafood, such as clams, oysters and the bay’s iconic blue crabs; its boating, fishing and water sports industry; its curly-haired duck-hunting dogs.

Now, however, the bay has become famous for something else: its pollution For more than 30 years, states in the region have tried to restore the bay, the largest estuary in the U.S. and a body of water which has effectively served as a dumping ground for agricultural pesticides, pharmaceuticals and other chemicals from urban runoff and industrial sources for decades. In the last few years — and after numerous failed attempts — they’ve inched closer to succeeding, thanks to an Environmental Protection Agency-led plan that puts limits on the amount of agricultural nutrients entering the bay, pollution that has spawned numerous oxygen-free, marine life-killing “dead zones” in the bay and its tributaries. The plan was created at the request of the six Chesapeake Bay states and the District of Columbia, and according to Claudia Friedetzky of the Maryland Sierra Club, is “the best chance that we have ever had to clean up the Chesapeake Bay.”

But to a group of 21 Attorneys General from states almost exclusively outside the Chesapeake Bay region, the plan means only one thing: EPA overreach.

Earlier this year, a group of 21 Attorneys General from states as far away from the Chesapeake Bay as Alaska and Wyoming submitted an amicus brief that aims to strike down the EPA’s Chesapeake cleanup plan. The AGs argue that the cleanup plan raises serious concerns about states’ rights, and they worry that if the plan is left to stand, the EPA could enact similar pollution limits on watersheds such as the Mississippi.

“This is one of the great examples of people working together across federal, state, local business and agriculture, and it’s working, and outsiders are coming in to try to stop it,” William Baker, President of the Chesapeake Bay Foundation, said. “It’s absolutely bizarre.”

To understand why the 21 state AGs care about a cleanup plan that is, for the most part, outside of their boundaries, you first have to understand why outside groups are suing to strike down the cleanup plan in the first place. That comes down to the interests of one powerful entity: the U.S. agriculture industry.

When the EPA enacted its latest cleanup plan, the Chesapeake Bay Clean Water Blueprint, in December 2010, major agriculture groups were quick to sue, arguing the agency didn’t have the power to restrict the amount of pollutants that enter the bay. Their response came as no surprise, considering agriculture is the largest contributor of nutrient and sediment pollution to the Chesapeake Bay, accounting for 42 percent of the nitrogen, 58 percent of the phosphorous and 58 percent of the sediment that entered the bay in 2012. The EPA’s new cleanup plan established a Total Maximum Daily Load (TMDL) for how much nitrogen, phosphorus and sediment can enter the bay each year, potentially cutting pollution by 20-25 percent.