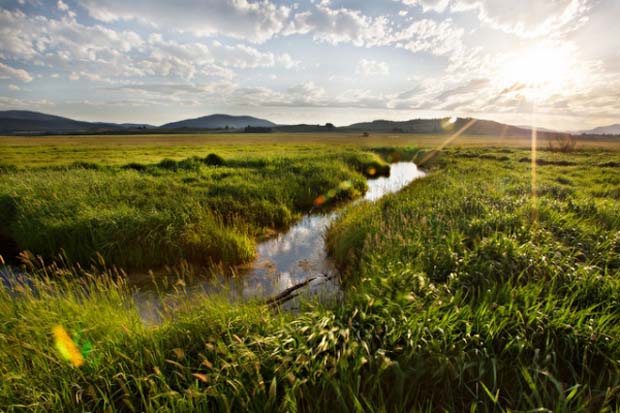 Coastal and Partners for Fish and Wildlife Programs are Economic Engines

[dropcap]T[/dropcap]oday, the U.S. Fish and Wildlife Service released a first-ever report analyzing the economic impact of two important programs devoted to innovative conservation partnerships with private landowners: the Partners for Fish and Wildlife and Coastal programs. This infographic highlights the specific returns of the Partners for Fish and Wildlife Program ($15.70 for every $1 invested) and other statistics from the report.

Restoration Returns shows that combined, these programs return a whopping $15.30 for every $1 invested in on-the-ground projects near wildlife refuges.

With more than 73 percent of all land in the U.S. in private ownership – and more than 75 percent of fish and wildlife species dependent on private lands for their survival – it’s clear that public lands – federal, state and local – alone cannot protect America’s wildlife and wild places.

The mission of the Partners Program is to “efficiently achieve voluntary habitat restoration on private lands, through financial and technical assistance, for the benefit of Federal Trust Species.” Since the program began 25 years ago, more than 45,000 landowners and 3,000 organizations have completed 29,000 restoration projects resulting in the voluntary restoration of 3,176,000 upland acres, 939,000 wetland acres, and 8,712 riparian miles.

With such a high return on investment, the Partners Program is clearly an economic driver for local communities. Not only does it annually return $15.70 for every $1 invested, the program also creates 3,500 jobs nationwide, resulting in a total economic stimulus of $292 million. The success of the Partners Program even led to the creation of Partners for Conservation, a nonprofit organization comprised of farmers and ranchers nationwide working with the Service to conserve private land for wildlife. According to the US Fish and Wildlife Services (FWS), its own habitat restoration programs act as an economic engine, creating more than 3,900 jobs in the 2011 fiscal year and generating $327.6 million in economic stimulus. Partners for Fish and Wildlife Program’s “Fen Wetland Restoration” project in Ovando, Mont., is pictured. (Photo: USFWS Headquarters)

Coastal areas in the U.S. comprise less than 10 percent of our overall land, but support a much higher percentage of our threatened and endangered species habitats. The Coastal Program ensures these habitats are protected while allowing coastal communities to prosper. As the graph below shows, our nation’s coastal communities are major economic drivers, supporting 51 million jobs. In fact, if U.S. coastal communities combined their economies and were ranked as a single nation, they would rank #3 in Global Gross Domestic Product behind the entire U.S. and China.