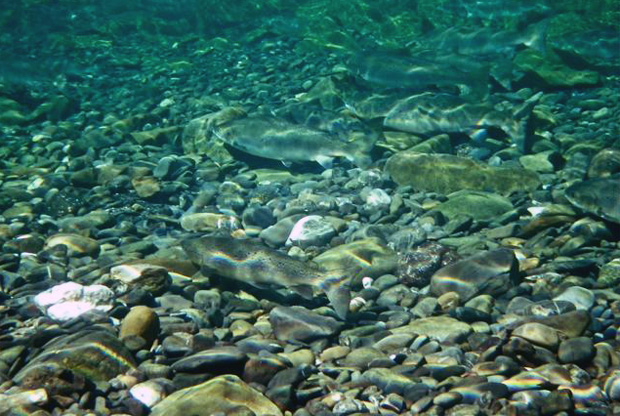 Negotiations fail to limit Greenland’s harvest to a level that will sustain salmon. Overfishing of Atlantic salmon stocks taking a huge toll on Canada / U.S. returns. The Atlantic Salmon Federation says Greenland would not budge below a quota of 45 tonnes, which was more than other parties to the West Greenland Commission (made up of Greenland, Canada, the United States and the European Union), could accept

[dropcap]T[/dropcap]he Atlantic Salmon Federation (ASF) is very disappointed over the failure of the North Atlantic Salmon Conservation Organization (NASCO) to limit Greenland’s salmon harvest to sustainable levels, during negotiations to set regulatory measures at meetings that took place June 2 to 5 in Goose Bay, Labrador. Greenland would not budge below a quota of 45 tonnes, which was more than other Parties to the West Greenland Commission (made up of Greenland, Canada, the United States and the European Union), could accept. Denmark on behalf of Greenland unilaterally committed to limit the total annual catch for all components of its fisheries to take no more than 45 tonnes in 2015, 2016 and 2017. Wild salmon leave rivers on the East Coast of North America and migrate to the rich waters of Greenland before returning to spawn. NOAA chart.

Scientists that advise NASCO have been very clear that there should be no harvest of North American salmon at Greenland. “A compromise would have been a subsistence fishery of no more than 20 tonnes, but more than twice this amount is unacceptable,” said Bill Taylor, President of ASF. “This will have a devastating effect on already endangered, threatened and at-risk salmon populations in North America and southern Europe.”

“Greenland’s intent to harvest 45 tonnes each year from 2015 to 2017 will put our salmon at further risk, detracting from the many expensive programs carried out to restore wild Atlantic salmon runs in North America,” said Mr. Taylor. “The Greenland fishery jeopardizes such programs as the $64-million Penobscot River restoration in Maine to open up salmon habitat and the million dollar liming program to combat the effects of acid rain on the West River Sheet Harbour in Nova Scotia. There are hundreds of other projects on rivers throughout eastern Canada and northeastern United States that will be affected. It is devastating that the hopes and dreams for the salmon of these rivers will continue to be at risk of being scooped up in gillnets off Greenland,” said Mr. Taylor.