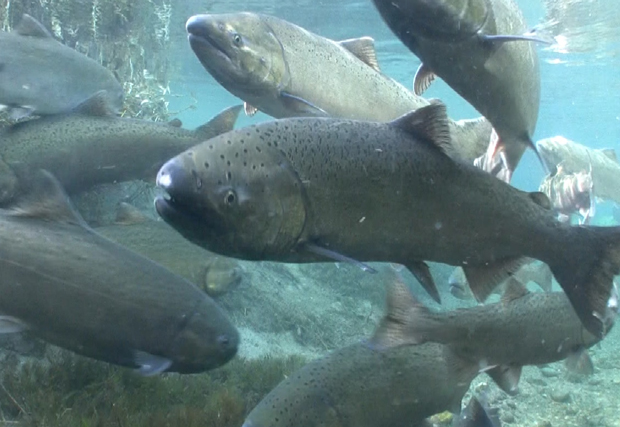 Although successful management of our fishing resource is within reach, the U.S. House passed a bill that undermines the success of the Magnuson-Stevens Fishery Conservation and Management Act

[dropcap]N[/dropcap]othing ties Americans together quite like the bounty of our oceans. The National Oceanic and Atmospheric Administration estimates we share more than 95,000 miles of shoreline, with more than 39 million people living in counties along the coasts. And a large number of those people and their communities have a profound connection to catching fish.

But we can do even better. Fully rebuilt fish stocks would add an estimated $32 billion to the economy and create an additional 500,000 jobs. We’re on track to achieve this, but further progress requires defending and improving one of our most demonstrably successful laws, the Magnuson-Stevens Fishery Conservation and Management Act.

This bipartisan measure, first passed in 1976 and significantly strengthened in 1996 and 2006, has a track record of success. That’s why it’s important that Congress not weaken some of its most important provisions at the behest of certain large-scale commercial and recreational fishing interests.
shelley-mug

Linda Behnken is a commercial fisherman and the director of the Alaska Longline Fisherman’s Association. Peter Shelley is interim president at the Conservation Law Foundation. They are co-chairs of the policy council of the Marine Fish Conservation Network. Website . . .

Since 1996, notably with added provisions requiring that catch limits be set and designed to rebuild depleted fish populations, two-thirds of overfished stocks have been rebuilt or are improving. And on April 15, the National Marine Fisheries Service noted in its annual report to Congress, “The number of domestic fish stocks listed as overfished or subject to overfishing has dropped to an all-time low since 1997.”

This is terrific news, and means that the Magnuson-Stevens Act is providing improved economic benefits to family fishing businesses, their communities and to the nation as a whole. It will yield even greater returns as fish populations continue to recover.

Although we’ve achieved notable successes, some fish stocks are still at risk. Cod remains commercially collapsed in New England and faces even more possible destruction of the crucial habitat it needs to reproduce and grow.

In Alaska’s Bering Sea, salmon and halibut are caught and discarded by trawlers targeting other species, while small boat fishermen watch from the shore. And red snapper, the iconic fish of Florida, is far from healthy, even as recreational charter boats gear up to go catch it

We can’t afford to swerve off course now, after decades of hard-won progress. Unfortunately, the U.S. House Republicans recently passed HR 1335, a bill that could do just that. Although it includes some improvements to catch-monitoring and data collection, the “flexibility” it adds to the law would extend stock-rebuilding timelines unnecessarily for short-term economic gain, jeopardizing the return to healthier, more sustainable fish populations and more successful fisheries.

We need to recommit to the basic principles of our fisheries’ conservation law: Rebuild fish populations; use science-based management; maintain accurate and timely assessment and accounting; and ensure there is a well-enforced, level playing field for everyone. Any changes to the act should be done in the spirit of protecting a vital national resource.

In the long run, we have to start managing by looking at a larger picture — the whole ocean ecosystem instead of individual fish species. We must have stronger protection for habitat that supports marine life. We must conserve populations of “forage fish,” which are eaten by bigger fish, marine mammals and seabirds. We need to minimize “bycatch” — species that aren’t targeted but are caught and discarded. And we must protect and promote the working waterfronts and coastal fishing communities that contribute to the socioeconomic health of our country.

Ensuring healthy fish stocks is an essential step to creating the natural resiliency needed to deal with the long-term threats of climate change and ocean acidification. Indeed, everyone who catches fish, sells fish and buys fish will be affected by the steps we take now, so we need to get them right

Thanks to the farsighted congressional visionaries responsible for the Magnuson-Stevens Act, the United States has the best-managed fisheries in the world. Let’s keep it that way. It’s up to the Senate now to work across the aisle and build upon the law’s existing foundation to keep our fisheries healthy and prosperous.

Linda Behnken is a commercial fisherman and the director of the Alaska Longline Fisherman’s Association. Peter Shelley is interim president at the Conservation Law Foundation. They are co-chairs of the policy council of the Marine Fish Conservation Network.