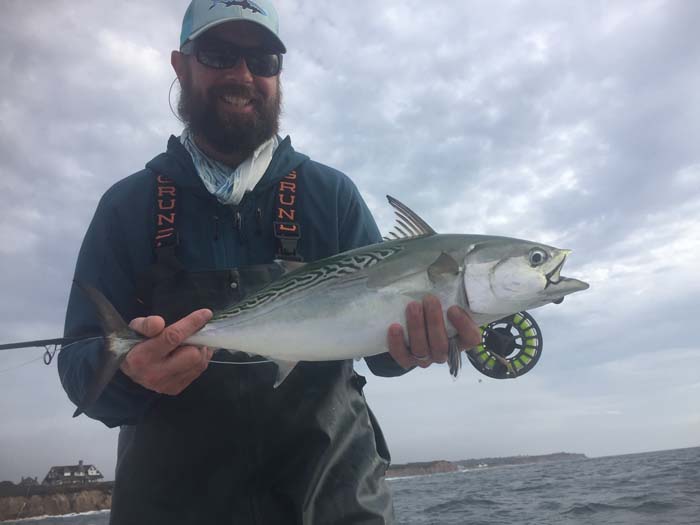 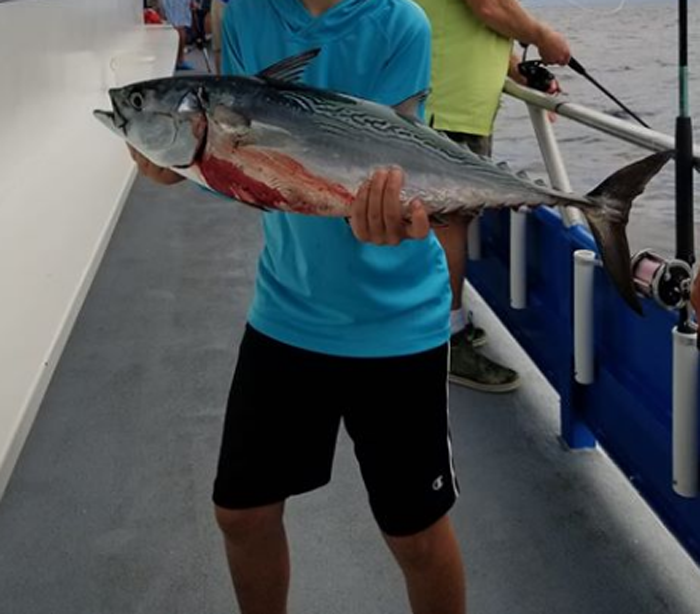 Headboat little tunny catch. World record All Tackle is 35 lb 5 oz, Cap De Garde, Algeria; Fly is 19 lb 5 oz, Cape Lookout, North Carolina. NOTE: All other “fly” records were caught Florida to Key West and Mexico. The little tunny (Euthynnus alletteratus) is the most common tuna in the Atlantic Ocean – found in warm temperate and tropical waters of the Atlantic and the Mediterranean; in the western Atlantic, it ranges from Brazil to the New England states. Commonly called bonita, false albacore, or little tuna, it resembles the Atlantic bonito, skipjack tuna, and species of mackerel. The little tunny feeds primarily on pelagic fish and best identified by the dark spots appearing between its pectoral and ventral fins IGFA and “worm-like” markings on its back.

Why we do the wrong thing, sometimes

[dropcap]A[/dropcap]ccording to E. O. Wilson, individual [human beings] left to their own choices – free will, occasionally abandon instinct to do what is tribally beneficial or accepted and do what is most helpful for themselves personally. These types of people are always mixed in with our examples of successful people. They succeed, but only for a slice of time – temporarily.  We politically know them as authoritarian or populist princes, kings and presidents.

They may also be entrepreneurs who invent something that is genuinely and universally beneficial, or a become a mining extractor who ravages a landscape, a way of life for nearby inhabitants and devastates an entire ecosystem [with the help of the politically powerful], for the sole purpose of personal financial gain [Pebble Mine in Alaska, Boundary Waters]. 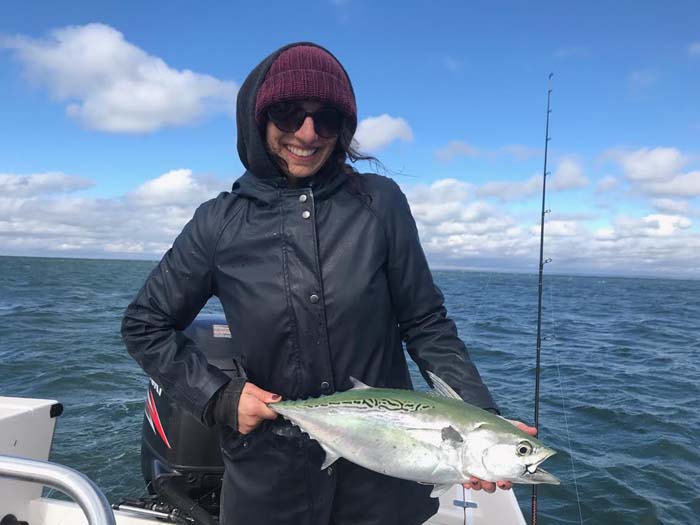 This photo and below by Capt. Andrew Derr, angler/clients with nice “Albies” [little tunny] caught of the tip of Long Island, New York [Montauk] 2018.

Or it could be someone doing the wrong thing wittingly or unwittingly, like overfishing one species [little tunny] – using it as bait to kill a species that is overfished, like sharks, for the sake of personal gain or enjoyment, but not breaking any law – just tribally understood by most to be misanthropic. Again, intended or unintended.

An example of the latter crossed our desk in a series of vacation shares over the past ten days or so:

Hey guys, I hope all of you are doing well.

I have another potential hot-topic fisheries issue to discuss with you.  Probably not as hot as “sport” killing tarpon in Louisiana, again, and again just for the boast, but still a topic that frustrates me.

I have a bias because I love little tunny and feel this fish species is a way to cool to be harvested for bait.  I know I am not alone in this belief.  However, little tunny is being harvested on the east coast of Florida and kept for bait.  Mostly for shark bait.

So I looked into the harvest statistics.  Every year there is about 400,000 little tunny harvested on the east coast of Florida.  That is just the recreational harvest and is in numbers of fish.  That is a LOT of fish each year.  Is this harvest sustainable?  Nobody knows because the stock has never been assessed.

Management: The South Atlantic Fishery Management Council manages the little tunny stock in the Atlantic in the coastal pelagic fishery management plan. However, there are no management actions for this stock.  No size limit, no bag limit, no closed seasons.  You can keep as many as you want at any size.”— a friend