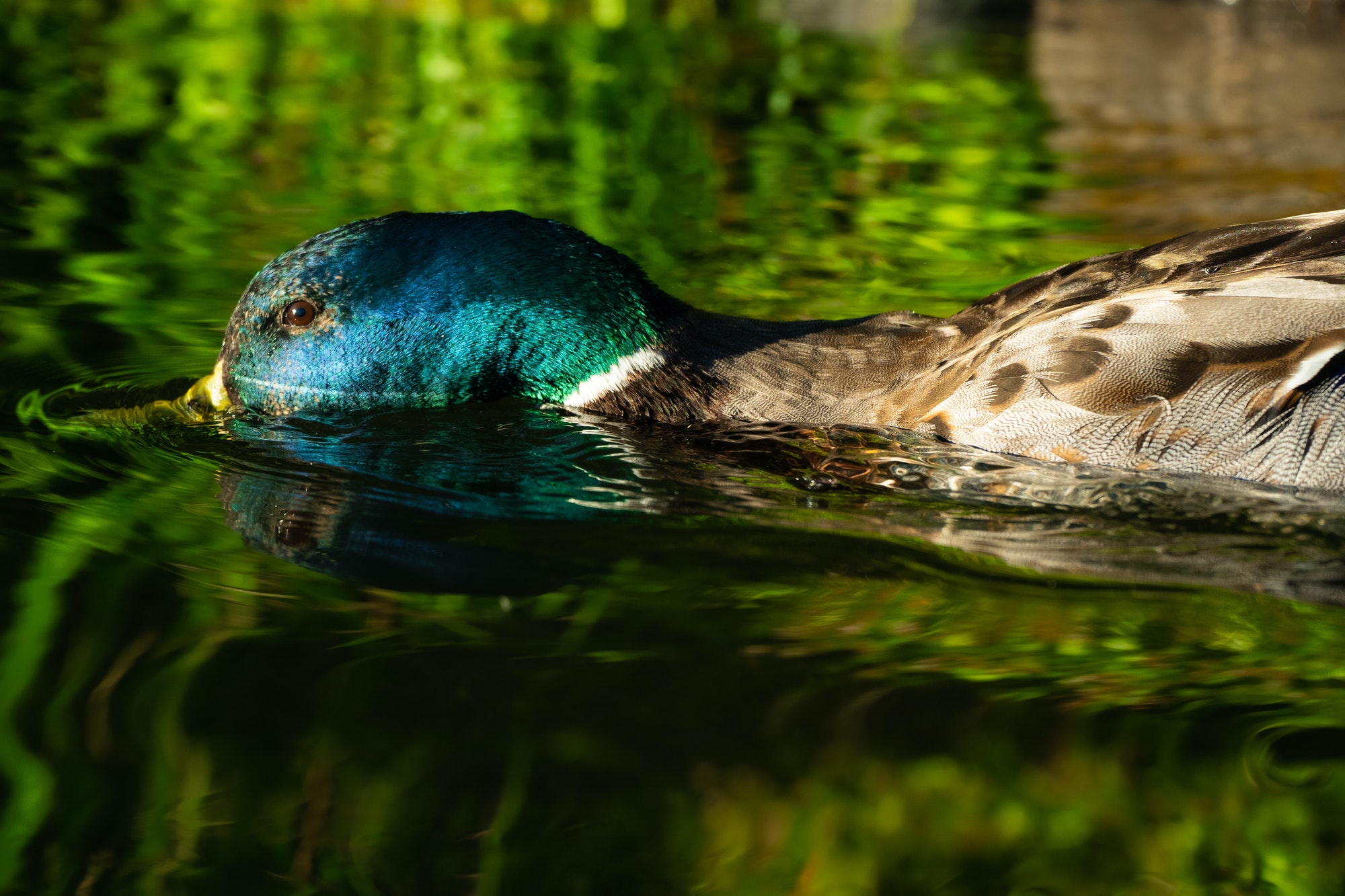 Duck’s bottom, ‘Cul de Canard,’ and what’s so special about it 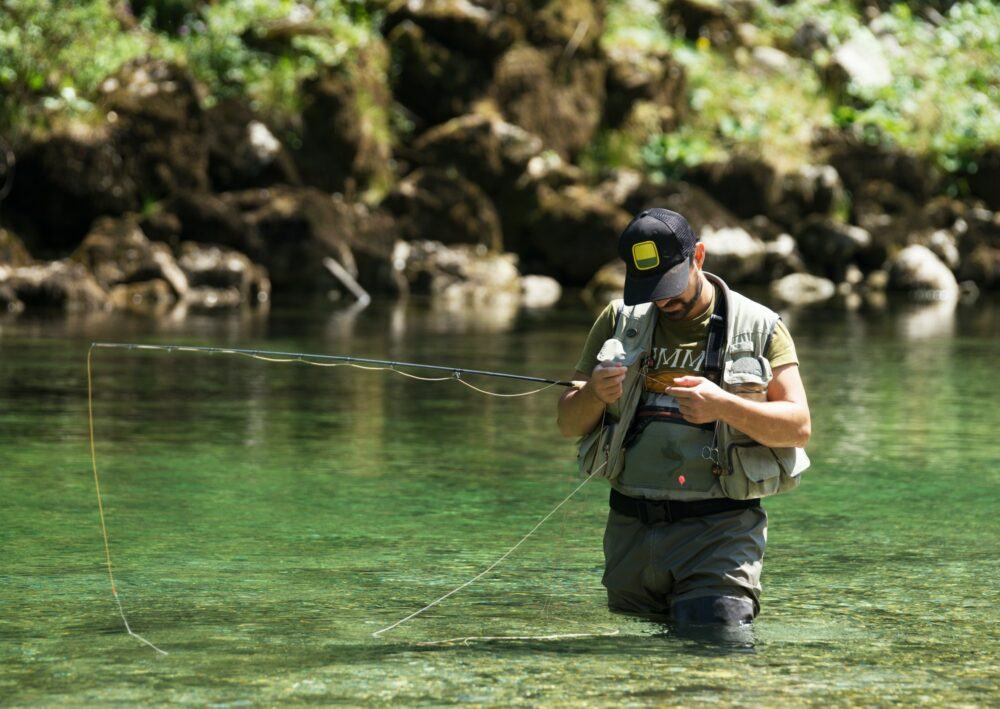 This is the CDC dry I’ve been looking for.

CDC refers to the ‘Cul de Canard’ feathers, translated from French as duck’s bottom. The Cul de Canard feathers surround the preen gland of many waterfowl and ducks. This gland protrudes like a small lump at the bird’s back, slightly ahead of the tail. Waterfowl preen and waterproof their feathers with oil secreted from their preen glands. While the natural oils in the feather assist in repelling water, it is the actual structure of the feather itself that gives it buoyancy and its value:

• Remarkably light
• Strong
• Traps air to aid buoyancy – its most important feature.
• They do not need floatant. Never use gink-type floatants on CDC. However, drying the fly with the occasional squeeze in an amadou patch or similar is recommended.
• Incredibly lifelike legs of an insect.

The CDC barb fibers on the feathers that trap air bubbles. CDC feathers will lose their floatation if they become matted or soiled. This is because the air bubbles remain trapped within the barbed fibers even after they are submerged.

The first recorded use of CDCs in dry flies was by anglers in the Swiss Jura Mountains near the French border in the 1920s. After that, they were called Moustique patterns and remained essentially unchanged until the 1970s.

In the early 1980s, Marjan Fratnik from Slovenia designed the deadly and straightforward classic Fly. This innovation kick-started other tiers to the beautiful properties and uses CDC has.

Dutchman and innovator Hans van Klinken used an upright CDC in his Once & Away pattern known as the much-respected “Shuttlecock” in the late 1980s to the present day.

The Swiss Marc Petitjean is probably the best-known tier and designer of CDC patterns today. He has developed an extensive range of patterns for Trout, Salmon and Steelhead, and Saltwater, including mayflies, Caddis, Midges, Shrimps, Terrestrials, Hoppers, Bugs, and Streamers.

NOTE:  CDC feathers don’t float at all when they are matted with water or fish slime. If the oil were the primary contributor to the feather’s buoyancy, the collapse of the structure wouldn’t matter greatly, but waterlogged or slimed-up CDC patterns are known to sink like a stone!

Show me your arse.

Worldwide, and almost in any ‘troutish’ coldwater environs, there’s a period between fall feeding and winter sluggishness that comes with too cold. In this period, dry fly fishing, sometimes thought to be not at all reasonable, can be. And CDC is just the ‘Right Stuff’ for some tremendous season-ending angling.

In many coordinates, during the ‘Tweener’ period, there are still a lot of hatches of small olives and other small insects. The fish will eat these readily – the waters are low and gin clear, and fishing with dry flies is spectacular if you use the right flies.

My friends say, and Weilenmann mentions it is very important how the CDC wings are mounted on the flies, especially on dun and spinner fly ties.

Internationally, the most popular way of tying wings with CDC is the simplest one: fix two or three CDC feathers on the body, and the fly is ready (Marjan Fratnic style). Of course, the fly looks nice, the footprint on the surface is clean, but after a few casts and a few fish caught, the CDC wing will lay over the fly’s body and will look more like sedge and not like a dun fly. — Lucian Vasies 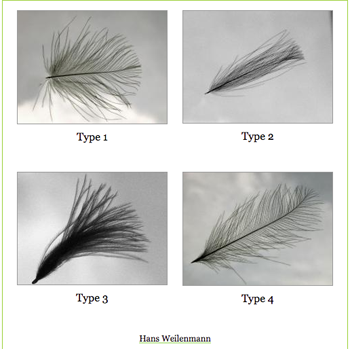 Types by Lucian Vasies – images by

This feather resembles a partridge body feather. The feather has a rounded tip and a fairly short, tapered stem with barbs set at approximately 60 degrees from the stem.
I wrap this feather around the shank to produce body and trailing filaments for the CDC & Elk.

This feather has a thin stem, and the barbs run primarily parallel to the stem, ending in a square, brush-like tip.

These feathers are suitable for wings, including wing posts and loop wings in patterns such as the Snowflake Dun (Roman Moser), the CDC Micro Caddis (Ronald Leyzen), the CDC No-hackle, and the CDC Loop Wing Emerger.

The nipple plume is sometimes referred to as an oiler puff. This short feather lacks a discernable stem but looks broadly similar to a Type 2 feather.

This feather is ideal for tails, trailing shucks, and emerging wings for such patterns as the Snowflake Dun, the Balloon Emerger (Roman Moser), and various RS 2-type flies.

This feather has a long stem with relatively short barbs. Shop-bought bulk packages mostly hold Type 4 feathers. I use these feathers to tie IOBO Humpy patterns and wrap the body on large hook size versions of the CDC & Elk, such as in the CDC & Elk Streamer or the Bonefish CDC & Elk (Paul Slaney). Rene Harrop uses Type 4 feathers for downwing flies, such as his CDC Transitional Caddis.