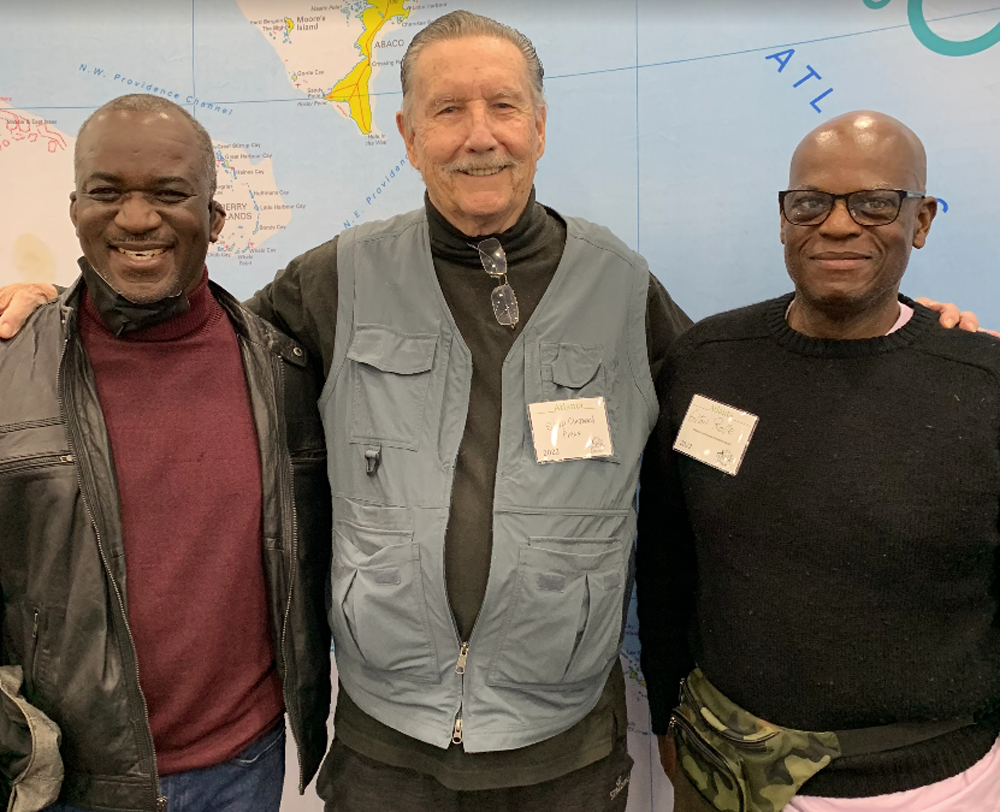 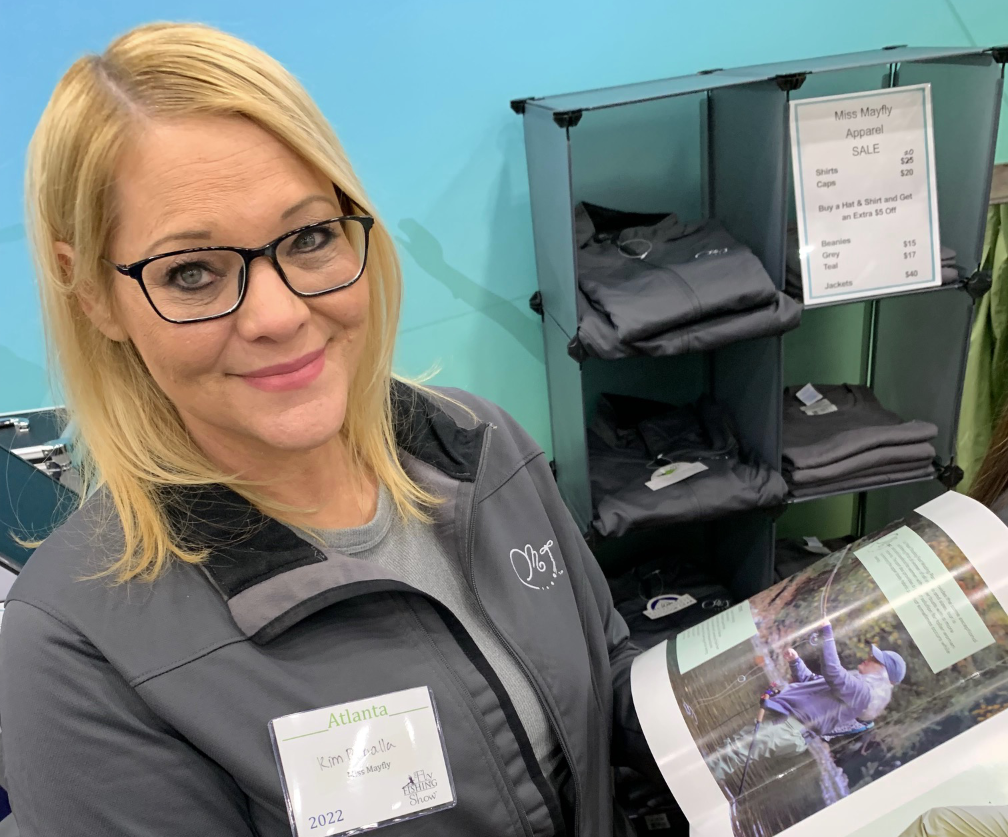 Kim Ranalla, President and owner of Miss Mayfly, seems to have hit on a jackpot of an idea. She says the industry bigs have tried to address the fact that women are built differently from men, and nothing more demonstrates that than waders. Kim went one big step further and created a chart including measurements of all female body types and had waders made to fit those body types. Her booth was very crowded. Yes Kim, women are built differently than men, and my friend Angie says it took a woman to get it right.

Last weekend, the long-awaited Furimsky collection of vendors and anglers connected at the hip to the world of fly fishing met in Atlanta

By Skip Clement – including all photos

For those familiar with conventions, interest-specific symposiums, and shows, an organizer staff can either make the lead-off a pleasurable experience or a contentious one. Since The Fly Fishing Show’s inception in the 1970s, The Fly Fishing Show’s team has been knowledgeable and always willing to go beyond the call of duty and help anyone with a problem. 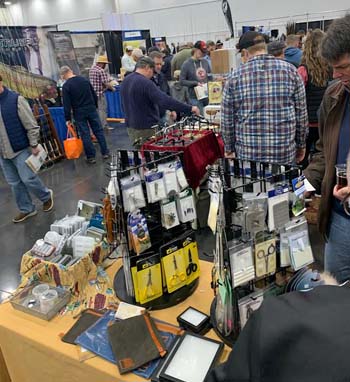 By 11 o’clock, the hall was packed almost until closing at 5 pm. And the three seminar room attendances that went on all day were sometimes close to standing room only.

The foot traffic both Friday and Saturday was overload

Anglers of every walk clogged isles anxiously waiting for a chance to talk to vendors selling everything from self-build bamboo rods classes to $30,000 wood drift boats made in Tennessee.

I witnessed the latter custom drift boat sold to an individual who wanted his boat so he could hire guides to oar him around on the ‘Hootch’ [Chattahoochee River] while he fly fished in the comfort of ‘home.’

The show was rich with fly casting gurus but short on prominent rod, reel, and fly line vendors?

NOTE: Scuttlebutt is that Sage, Redington, RIO Products, and Fly Water Travel are for sale as an entity or for sale as individual entities. The reason is sales are off the chart. The unannounced tip-off: Corporate is stuffing the vault with cash by avoiding all expenses to impress some new suits to buy it as Far Bank or as individual companies. Also, something weird going on at TFO – may be the same scenario? 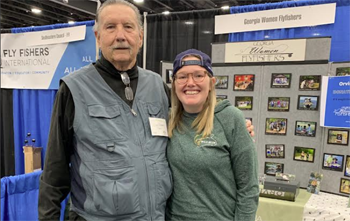 Tori Walburn, Vice President of Georgia Women Flyfishers, exudes a passion for life, and a few minutes with her brightened mine. She’s sure to brighten up anyone’s day with her dynamic and animated spirit. By day, Tori is with a real estate law firm, but once the weekends hit, you can catch the reflection on the ‘Hootch’ in her new guide boat.

There were plenty of fly-tying magicians and seminars run by celebrities on how to fly fish the Blue Ridge Mountains, catch billfish without breaking a sweat or fly rod, or where to find crappie, white bass, hybrids, and landlocked stripers all together in specific locations in Georgia.

The Bahamas’ Benjamin Pratt, Ministry of Tourism, and fellow Bahamian administerial staffers had a substantial presence at the show

Pictured above and L to R are Benjamin Pratt, myself, and Felton Rolle owner of  Salina Point Bonefish Lodge, Salina Point, Acklins Island, The Bahamas [see contact info below].

Pratt said the Bahamas are back to almost a full operating mode concerning their most northern fisheries, hardest hit by Hurricane Dorian [September 1, 2019, as a Category 5 hurricane], one of the strongest and slowest moving Atlantic hurricanes on record.

Pratt added that although Marsh Harbour, Great Abaco Island, was devastated, its fishing grounds are south of Marsh Harbour. Also, he said, the more southern out islands of the Bahamas escaped the ravages of Dorian’s worst expression, where it has almost been business as usual since Dorian.

Pratt continued saying the more southern Bahamas out islands, which have always been rich in bonefish, filled early destination voids caused by Hurricane Dorian to the northern islands. In the Acklins, for example, there are a few new lodges or expanded ones, and they are enjoying a new customer base that appreciate its vast flats fishery, plenty of friendly people, and exceptional cuisine.