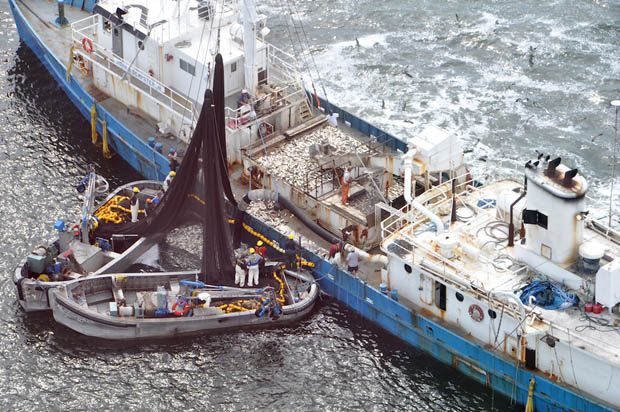 When Humans Declared War on Fish

By PAUL GREENBERG and BORIS WORM

NOTE: Paul Greenberg is the author, most recently, of “American Catch.” Boris Worm is a professor of marine conservation biology at Dalhousie University, Nova Scotia.

[dropcap]O[/dropcap]n Friday we humans observed V-E Day, the end to one part of a global catastrophe that cost the planet at least 60 million lives. But if we were fish, we would have marked the day differently — as the beginning of a campaign of violence against our taxonomic classes, one that has resulted in trillions of casualties.

Oddly, the war itself was a great reprieve for many marine species. Just as Axis and Allied submarines and mines made the transportation of war matériel a highly perilous endeavor, they similarly interfered with fishing. The ability to catch staple seafoods, like cod, declined markedly. Freed from human pursuit, overexploited species multiplied in abundance. 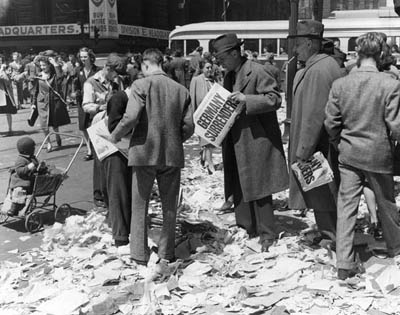 But World War II also brought a leap in human ingenuity, power and technical ability that led to an unprecedented assault on our oceans. Not only did ships themselves become larger, faster and more numerous, but the war-derived technologies they carried exponentially increased their fishing power.

Take sonar. Before the 1930s, electronic echolocation was a barely functioning concept. It allowed operators to trace the vague contours of the seafloor topography and crudely track the pathway of a large moving object. But the war pushed forward dramatic advances in sonar technology; by its end, sophisticated devices, developed for hunting submarines, had grown infinitely more precise, and could now be repurposed to hunt fish.

Schools of fish could soon be pinpointed to within a few yards, and clearly differentiated from the sea’s bottom. Coupled with high-powered diesel engines that had been developed during the global conflict, the modern fishing vessel became a kind of war machine with a completely new arsenal: lightweight polymer-based nets, monofilament long lines that could extend for miles and onboard freezers capable of storing a day’s catch for months at a time.

In some ways, the “war machine” wasn’t a metaphor. Across South Asia, leftover explosives were “recycled” for “bomb fishing,” an obscenely destructive way of killing coastal fish, which turned many coral reefs into rubble fields. And the technological overkill continued into the Cold War era: Satellite imagery and GPS technology originally intended to track the movements of the Soviet nuclear arsenal eventually allowed well-populated fish habitats to be clearly identified from space.

Because the war incentivized the creation of ships with much longer oceangoing ranges, it also meant that fishing was transformed from a local endeavor into a global one. “Industrial fishing,” maybe the first globalized economic enterprise, meant the wholesale, permanent occupation of marine ecosystems, instead of the local raids practiced by previous generations. 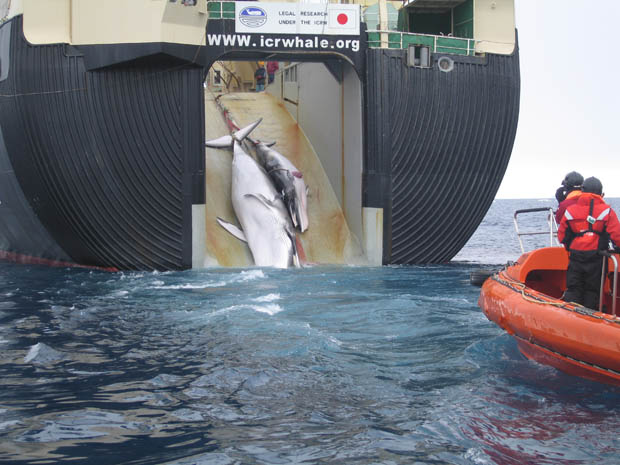 Japan is one of the world’s worst offenders of overfishing depleted stocks, but they’re not alone. There are actually companies and nations dedicated to killing forage fish, the fish that big fish and birds live on. It’s all done for a really important reason: Better and more expensive lipstick, aquaculture fish feed and very expensive dog food.

In addition, emerging economies of scale meant that it wasn’t just the target fish that suffered. With the invention of postwar super trawlers that scooped up everything in their path, a sort of scorched-earth approach to fishing became commonplace.

Taken collectively, the rise of postwar fishing technology meant that the global reported catch rose from some 15 million metric tons at war’s end to 85 million metric tons today — the equivalent, in weight, of the entire human population at the turn of the 20th century, removed from the sea each and every year.

Only the turn of the third millennium saw a new kind of reprieve, this time not caused by human adversity, but by the insight that we need to make peace with other species as well. Growing signs of exhaustion and failure in global fisheries made humans reconsider the totality of their assault.

Marine protected areas, an environmental version of a demilitarized zone, started to spring up, and now cover some 3.5 percent of the ocean. Countries formerly at war began to work together to hammer out new deals for fish, exemplified by both the recent revision of the Common Fisheries Policy in Europe and new efforts underway at the United Nations to better regulate fishing on the high seas, the 60 percent of the oceans outside national control.