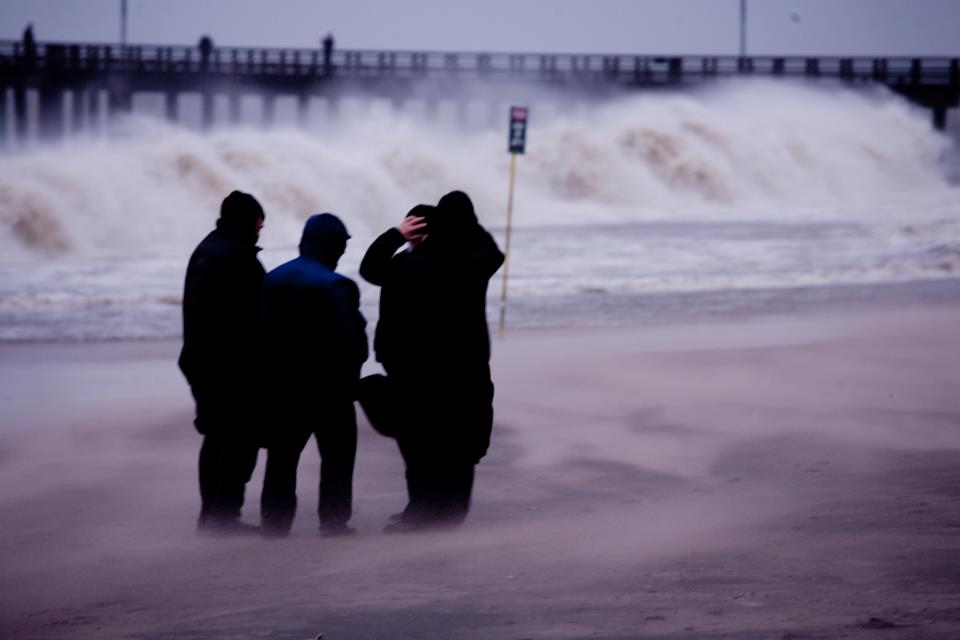 By Andrew December 21, 2012 No Comments
Story and photos by Brendan McCarthy
[dropcap]T[/dropcap]he morning after the storm I was greeted with this magnificent photo from Matt, the local Towboat skipper that berths there at Gateway. The docks did indeed crest the pilings and some were not so lucky to return to 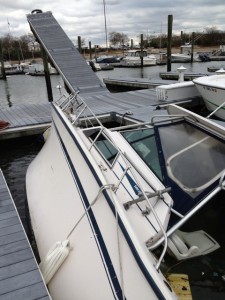 their original spots, but in general, all was well. I had doubled all lines, cleared and stowed all that might come unglued and prayed that the surrounding boats had taken this as seriously as I did. Goddamn luck was all it was. A dumb gamble. I went to the dock. I could see the smoke from Breezy Point, just south of us by about 400 yards. It looked like a war zone the likes I have never witnessed in person. As if a tsunami had rolled over the Rockaway Peninsula like a bottle cap on the Long Island Expressway. There was hardly a breath of wind. I felt blessed and saddened for them.
I spent the ensuing days after the storm with my kids. Helping where we could in places like Redhook. Repairing structures and tents around the Redhook Community Farm, tearing apart and fixing water heaters at the Icehouse bar on Vanbrunt. We delivered food, warm clothing, supplies with the always generous Kerry Heffernan to places like Staten Island where the Fishermans Conservation members were collecting and distributing all manner of stuff, Gassing up and delivering generators, and staring open-mouthed at the devastation and miles of 20 foot high piles of debris being deposited at the Riis Park Pavilion parking lot when we did the same in Belle Harbor and the Rockaways. There are no subways, tunnels, fuel. But people came together and we were lucky to be able to contribute. 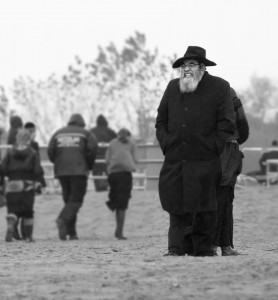 Curiosity and the desire to document some of the wreckage that seemed to be missing from the local media outlets, Kerry and I took a run in the boat out past the jetty at Breezy Point and down east off the Rockaways. Immediately you felt the presence of a strong military and humanitarian force that was assembling. A dozen choppers could be counted at any given moment you looked to the sky. Coast Guard, Border Patrol, Air Force, NYPD, News. There were Naval destroyers (two), an actual Aircraft Carrier!  Hover craft were launching amphibious tanks by the handful on the beach, Camo supply trucks stacked with cases of water. A C-130 flew in delivering Blackhawks and Apaches. And, there were fish. The water was clear and the floating debris I would have bet my life on was not to be seen. I felt guilty. We both did. The first Bass was 19 pounds. Clean and strong, he pulled against the reel and shimmered as he came to the surface, seemingly oblivious to the surreal activity around him. There were very large Bluefish. A bluefin tuna surfaced briefly among the rolling fish, as if coming to see what all the activity was about. He did not stay to find out. We stared. I took photos. The sunset was breathtaking. We drove home silently in the dark. 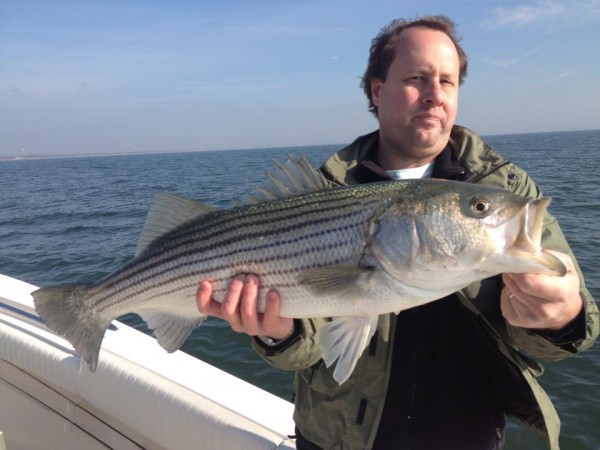 There is the issue of fuel. There is none, almost 15 days later. Some tunnels still shut. Looking out at the fire damage along the beach at Breezy Point, the houses stacked and piled on one another, will it ever feel ok? Is this just the beginning? Is there room for leisure in times like this. It seems not, and based on my dwindling fishing schedule, apparently my fishing customers agree. Yes, I am a fishing guide. This is how I make my living and everyone was getting back to work. Shouldn’t I? It didn’t feel right.  Yet at the same time it was reassuring to see that although the humans had been stopped in their tracks briefly and many tragically, The ocean continued its never-ending swirl around the planet. Gathering and releasing, unconcerned with it’s path and not looking back, the march continued. The only question left is, will we? 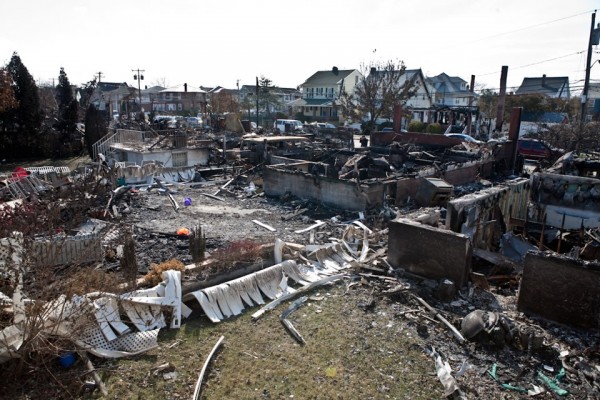