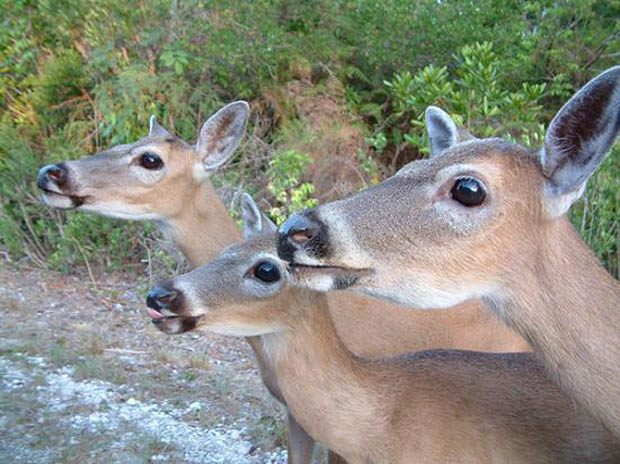 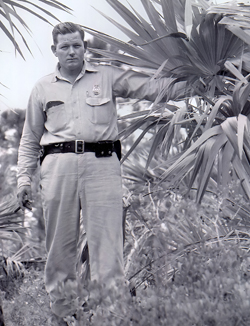 [dropcap]I[/dropcap]n Big Pine Key, Florida Keys – a legend came to be. His name was Jack C. Watson and should not be confused with Peter Mathiessen’s Mr. Watson in the book Killing Mister Watson. The Big Pine Mr. Watson of the 1960s fame dedicated himself to protecting the all but extinct key deer herd. At the time there were only an estimated 50 or so key deer remaining – almost at tipping point.

NOTE: Today, thanks perhaps to Mr. Watson and a conservation crusade, there are at least 1,000, but still considered endangered and highly protected. Violate the speed limit in the Key Deer National Refuge on US I and you’ll absolutely, positively get a ticket.

It became Mr. Watson’s personal business to see that poachers, of which he had been the most prolific before enlightenment, would have no further say in the extinction of key deer. As a conservation convert he assumed the zeal that goes with it. Mr. Watson’s distinction, however, was his adopted Sicilian-like penchant for vendettas. Anyone who boasted of a deer kill or if he even heard of one that had been poached, the violator was tracked down with inquisition fervor and beaten decisively, and promised worse if there was a next time. He converted many sinners to his way of thinking. Big Pine’s Mr. Watson was in a way like Mathiessen’s Mr. Watson. They  were not shy about seeing things their way only.

The key deer is believed to be a subspecies of white-tailed deer which migrated to the Florida Keys from the mainland over a land bridge during the Wisconsin glaciation – 85,000 to 10,000 years ago. They’ve lost there fear of man and will approach tourists.

Legend goes that a former compatriot of Mr. Watson’s let it be known that he had sacrificed one of the 2-foot high, 70-pound anomalies for table-fare. When Mr. Watson arrived at the poachers home he was on his roof making repairs. It became apparent to Mr. Watson during the conversation that the poacher’s confession was not at all contrite, and in-fact said he’d be indulging again. Normally, this sort of behavior would only mean a thrashing – maybe a broken nose or dentition adjustments. Mr. Watson wasn’t at all happy with way the conversation was going so he shotgunned the gentlemen off the roof. The exorcism was not fatal. A point though was made and poaching came to a screeching halt.

Mr. Watson’s action got him in the local news, then the Miami Herald and finally the national news. As serendipity would have it, a national movement was already underfoot – alarming the American public that the dread pox of extinction was upon the Big Pine key deer. The key deer had a platform and Mr. Jack Watson became the unlikely poster child for the movement. 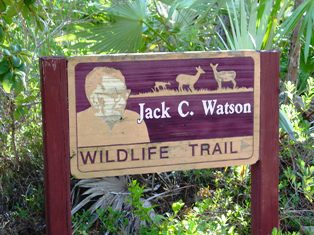 Today, there is a hardwood forest named Watson’s hammock and a Watson Boulevard but they’re both named after homesteaders who settled the hammock. It is only the Jack Watson Nature Trail that is named after the original “make my day” man; Mr. Jack C. Watson.

The National Key Deer Refuge was established in 1957 and is comprised of 2,400 acres of upland forests, 5,100 acres of wetlands and 1,050 acres of marsh – 2,278 acres of the refuge have been designated as a wilderness area.