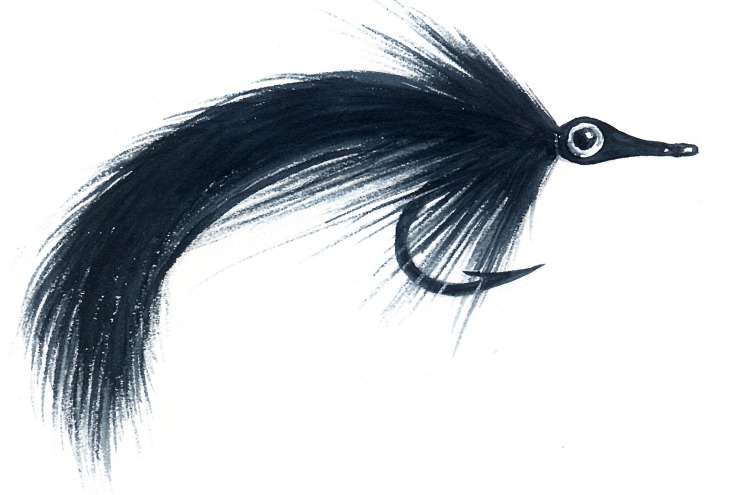 [dropcap]I[/dropcap] once heard about a guy who refused to fish with his guide’s flies.  He didn’t have any of his own flies and the guide was certainly willing to provide what he would need, but he would have none of it.  Instead before he would allow the guide to pull the boat away from the dock

the man asked to see the flies the guide recommended.  Then he announced that he wanted to buy several of each.  The guide was flabbergasted but the client insisted that he had to purchase them before they started the trip.  He was adamant about it and insisted that he could only fish with his own flies.  For him the simple act of purchase was enough.

I tie all my own flies, probably about one or two hundred every year.  I like doing it but mostly now fly tying has become utilitarian, more of a “to-do” list for the upcoming season. But when I look

into my boxes, filled to overflowing with orange, yellow, red, chartreuse, silver, gold, pink, olive, grizzly, stacked, spun, and splayed, I am entranced; magic totems in neat rows, waiting to be mixed with saltwater, to come alive; thrown into harm’s way that I may be restored by their sacrifice.

I never buy flies anymore, but over the years I have received some as gifts. Glen Mikkelson, a professional tier from Long Island’s east end, gave me two precisely weighted crab patterns he designed after spending hours at his bath tub perfecting the way they sink. One is a blue crab, the other green. Both look as though they’d scuttle backwards if you reached out to touch them.  The Massachusetts’ guide, Dave Skok, gave me a fly he ties for Boston Harbor stripers in the spring; it imitates a baby flounder.  As with all his flies, it is elegant, yet practical.  I cherish those gifts…they’ll never see water.  They are secreted away.  I take them out to look at when I can find inspiration nowhere else.

Several years ago Pat Casey, a flats guide from Islamorada, asked me to tie him up several dozen

tarpon flies. His regular tier had dropped off the face of the earth-a not uncommon phenomenon for professional fly tiers-after all it is a singular, solitary endeavor and even after hours at the vise the flies should never talk back, when they do you know it’s time to take a break.

Come May, and the beginning of the tarpon run, there was the vicarious thrill of knowing that as I toiled in my Manhattan dental office, my flies were being thrown into the oncoming paths of these wondrous creatures.  Every now and then, as I was hunched over some unsuspecting patient’s

maligned dentition, I imagined feeling the tug of an explosive strike some 1500 miles south of where I sat.  It was a self-hypnotic suggestion so strong that it came complete with the sensory memory of the sweet musk smell of tarpon slime.  An odor so alluring that I was once compelled to vacuum pack a shirt that had become drenched as I held a fish too close for a picture. I drew some horrified stares when I couldn’t help but take several drags during the plane ride home.

When I went down to fish with Casey he handed me the rod and one of my flies was tied to the shock tippet.  I caught my first tarpon with it: a hundred pounda’.

Sure there is something special about fishing with your own ”stuff”, that somehow make any catch more significant. When I traveled, I used to lug down all my own tackle, but these days I always fish

with the same guide.  His tackle is top grade and has never failed me.  But even after fishing with him all these years now, and catching numerous bonefish and several tarpon and my first permit, many times I wish I’d brought down my own rod.  It is knowing that I am going to miss being able to remember, when I uncase the rod and reassemble it back home for the first day of the new season, that it was the same rod that had the seven bonefish day and even jumped a baby tarpon that appeared out of nowhere.

Maybe those memories are all that we can say we truly own in this impersonal world where so little seems to belong to only us and even our identities have become fair game.  I have had my flies stolen twice, hundreds of them caringly arranged in boxes by size and color.  The hours of tying that I put into them gave them a street value to me well in excess of any contraband.  But when all is said and done, even the finest graphite rod or precisely machined, spacecraft grade titanium reel, though they are excellent tools that we love owning are only cold, utilitarian appurtenances.   It is the fly that is the connection that makes it all come together, that all the other parts are nothing without.

A fly you tie is in all ways greater than the sum of its parts.  A store bought, ready made fly is simply another product.  It will even catch fish, but there will always be something missing.   It is only

when the parts; hook, fur, feather, thread have been suffused with the unique and nuanced magic that can flow from only your fingers, that this creation may be called your own.  They say of things you have amassed, that you can’t take them with you.  My flies are not simply “things” that I own.  They are as much mine as is my soul, they are part of me, they are “of me”.  I want to be buried with my flies. 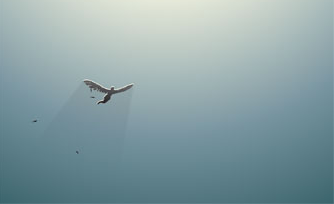