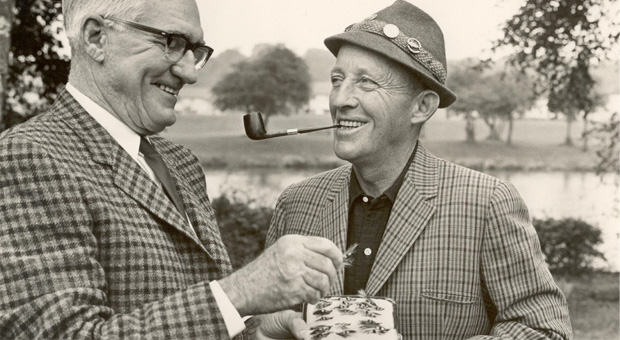 Film: The Joe Brooks documentary – an inspiring story that needs to be told

[dropcap]I[/dropcap] recently had a chance to sit down in Boca Grande, FL with Joe’s great nephew Mike Brooks to discuss a project near and dear to his heart, a story that he and brother Joe felt needed to be told. Over a couple of Jai-Alai IPA’s at Miller’s Marina, Mike, Captain Cole Fairbanks and I discussed the project in detail as well as the project’s larger than life hero, Joe Brooks, whose writings, discoveries and innovations have been a massive contribution to the sport of fly fishing and an inspiration to thousands upon thousands of anglers. We couldn’t be more excited about where this project is heading and will be closely monitoring it’s progress. This is a fascinating real story about a troubled but brilliant man. Lefty Kreh has also joined the team in their efforts to tell this amazing story.

Here is what Brooks team has to say about the project:

This is a film about a man who was the epitome of the word “sportsman.” Joe Brooks could have been a standout in multiple sports on a professional level. He was a great baseball player who played for a short time for the Baltimore Orioles. He was a bruising boxer, a scratch golfer and a hulking football player. Yet Joe, more than anything, was a legendary fly fisherman. Yes, he was a superb sportsman, but not just in the traditional sense of a man engaged in a particular sport, but rather as Webster’s dictionary’s secondary definition phrases it, “a person who is fair, generous,a good loser and a gracious winner.” 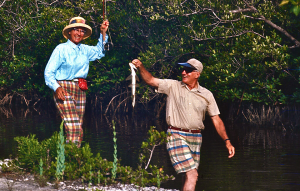 But Joe had not always been described that way. Those who knew him early in life were familiar with a much different man. One who was troubled and angry. He was a drunkard. He was a whoremonger. He was a violent soul who often ended his late night drinking binges locked in a jail cell for beating up some poor barfly who happened to agitate him. His family life was in shambles. A black sheep in a family that operated a very successful insurance business in Baltimore, Maryland, Joe was soon cast out for his dysfunctional and irresponsible behavior. His first two marriages, not surprisingly, ended in divorce and Joe soon found himself living far away in an isolated, run-down cabin in the backwoods of the Maryland countryside.

But Joe had one overpowering passion that kept him from losing all sanity. The water spoke to him and the days he spent along the coasts and riverbanks casting a fly to lure a bass or trout gave him solace from the nightmare he was living. He loved this sport more than anything else in his lonely life. But that was soon to change. A love more powerful than anything he had ever imagined would come to him and wash over him like a giant wave upon the shore. It would change the way he saw everything. It would change him and it would change a sport.

His newfound and truest love was Mary, a woman of beauty and character who became the driving force behind his miraculous transformation and his tremendous impact on the sport of fly fishing. Our film is not just a story about a great fly fisherman. It is a story of overcoming and redemption. It is one of triumph and achievement. At its heart is a romantic tale of passion, endurance, and a commitment to something greater than one’s self. But most of all it is a love story. The story of how the love of one woman changed a man who then was able to change a sport forever.

So… sign me up for all updates on the progress of this film. This story is too good to pass on. I personally am so happy that it is being told and cannot wait to see it all pan out.

Donations are critical to the making of the film Joe Brooks, The Story of How Love Changed Fishing Forever. All funds raised will be used to make this important film and in a more far reaching way, to help provide ongoing support for several key organizations involved in environmental conservation and educational projects.
The Joe Brooks Foundation for Conservation and Outdoor Education, Inc is a 501(c)(3) nonprofit organization. Your contribution to this film is tax-deductible to the extent allowed by law.