Fish attack the eyes; keep that in mind

Shrimp eyes and fish eyes – make it a production line

You can buy shrimp eyes at many fly shops, online, and in some big box stores. They come packaged eight per pack [+/- ] with color combos – usually two of four different colors – around $1.00 per set of eyes. You can add the shipping cost to your online purchases.

Tying your own shrimp eyes does not require an investment in ‘equipment’ that would only have a one-time use – your inventory is consumable and useful in all fly tying:

If you have decided on a species, you can make up several eye sets in advance like length, eye color, color combinations, bead type [glass, plastic, metal], and size. Some tyers make pairs in the max-lengths they’d ever use, slide on most likely beads they’d use, heat-curl the mono ends, and let them sit at the ready for coloring and UV resin layering to make the final size. 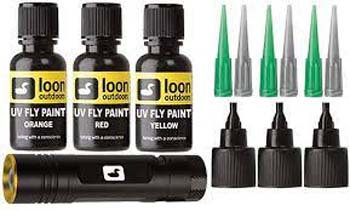 Several videos show how to make shrimp eyes—the video we chose shows making an ‘eye,’ not just a color blob. The former will get more eats. Fish attack eyes.

According to guides met and interviewed over five decades, prey fish attack the eyes; also, according to scientific research studies by David Ross, Ph.D. [The Fisherman’s Ocean] and Aaron Adams; Ph. D., Director of Science and Conservation [Bonefish & Tarpon Trust], Senior Scientist at Harbor Branch Oceanographic Institute Florida Atlantic University, and author of several books, the ‘eyes’ have it.