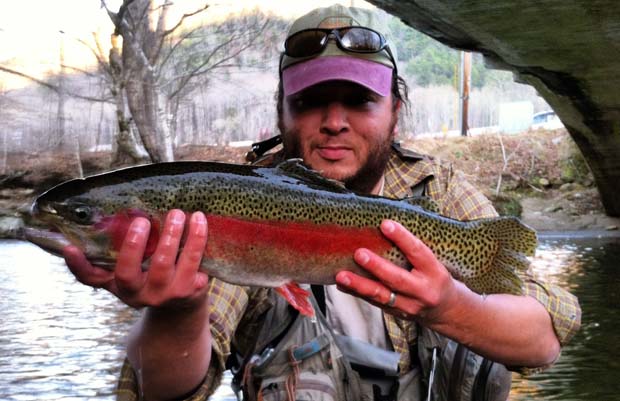 Fly Fishing: Swinging for steelies in the NC mountains? You bet

[dropcap]S[/dropcap]teelhead are an anadromous strain of rainbow trout. That is, they spend most of there life in the ocean or in lakes and return to tributary streams to spawn. The Great Lakes perfect examples.

Rainbow trout are the landlocked form, as they do not have a tendency to migrate from one body of water to another.

There isn’t an easy way to tell one from the other, because they are the same species, Oncorhynchus mykiss. If you fish tributaries to the Great Lakes you are catching steelhead.

Steelhead and other deepwater, big-lake rainbows are more silvery than stream fish, with less of a side stripe.

Landlocked rainbows will migrate and take on some color characteristics you will see in steelhead, but don’t grow as large.

Does North Carolina have steelhead?

Ask an angler that fishes the fall run of trout coming out of North Carolina lakes to spawn, and you will get a decidedly positive reply: “Yes, they are steelhead.”

There really is not any point to argue the opposite. They are genetically the same fish. The fish are silvery, aggressive and bound and determined to spawn. They will only hit your fly because it annoys them. When they have performed their genetically ingrained task, they will return to the lakes they came from.

There is no denying that steelhead were stocked in Fontana, Nantahala (sometimes called Aquone  – pronounced uh-KWAN-nee) and Santeetlah Lakes over five decades ago. Then, soon after, local fishermen began taking fish which had all the characteristics of steelhead. Bright silver coloration, a propensity to strike out of irritation, and pound for pound in the bonefish class. Slashing head shakes, multiple jumps and powerful runs once hooked. 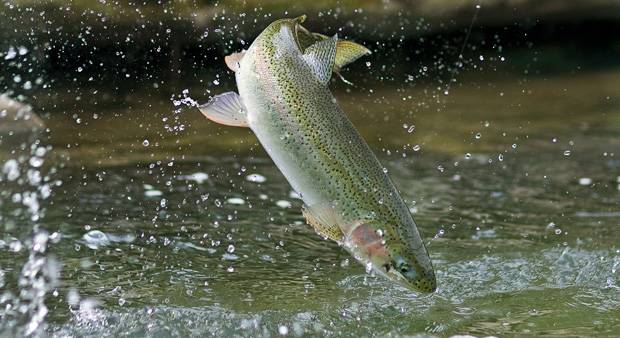 What counts is the fact that every fall there is exciting action on sleek, powerful migratory fish. The steelhead run into several streams; Hazel Creek and the lower Nantahala River out of Fontana Lake; the upper Nantahala River out of Nantahala Lake; and Big Santeetlah, Snowbird, and West Buffalo Creeks out of Lake Santeetlah. The best, most consistent run is the one up Big Santeetlah Creek. While the timing varies a bit from year to year, mid October through November usually sees things at their peak, and fishing is best on the first mile or so of stream.

Jason Cole, Hookers Fly Shop in Historic Downtown Sylva, North Carolina says that some years the steelhead will be present in December. He added it is all about the water levels. He said: “Most steelhead caught are in the 17- to 18-inch range, but 20- to 23-inch jump like there’s no tomorrow. We like Hazel Creek, but it is far away, so a little more expensive and the fishing is tough to get to. The steelhead will be right there with the browns and rainbows.”

When the water starts to cool and foggy mornings are consistent. It is ideal, but if the fish are on the move they strike surprisingly well throughout the day. The majority are caught on big, bushy dry flies swung across calmer water over big holes, and where the creek enters Lake Santeetlah. Also, bright, flashy streamers of the traditional steelhead type are quite productive.