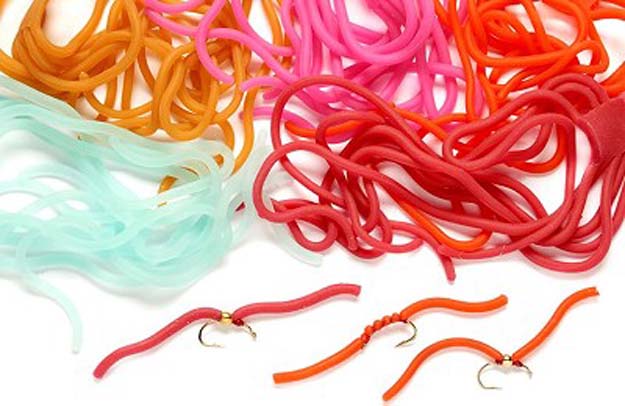 Not a great fly tyer or fly fisher? Go Worms! They work

[dropcap]W[/dropcap]orms are common in all oceans, lakes, ponds, rivers, estuaries, mangrove forests, coral reefs, marshes, shorelines . . . found in every ‘body’ of water. There are gazillions of them. They are also found in non-aquatic habitats. You know, earthworms, the gateway-bait-drug that got us hooked on fishing in the first place. In one acre of land, there can be more than a million earthworms

The best flies… a question raised ad-nauseum is often story headlined: The five best flies? What are the 10 best saltwater flies? And perhaps, what are the All-Time best flies (usually reserved for our trout and salmon only teammates)? And on and on. Well, there are probably hundreds of answers to the “best,” and worms are either not on any list or sometimes included with a qualifier caveat – getting no respect in the mention – think Rodney Dangerfield.

Many superior anglers quietly retreat from the stage lights, rarely using “those” best flies – preferring instead to always catch more fish. Their choice? Worms. Take a lesson from any competitive Bass Pro and think worms. Worms don’t have off days, calendar window limits, geographic distribution restrictions, temperature tantrums, and sometimes they are triggered to spawn by moon phase or water temperature. Think palolo worms, cinder worms and a few others.

If you have not witnessed worm egg-drop… spawn performance you’re missing an incredible event. Check with your local saltwater guide and plan to attend. These spectacular worm hatches happen worldwide and are not limited to the Florida Keys, the Northeast Atlantic Ocean, greater Pacific Ocean, coast California or any other coordinate.

Will a worm “fly” induce a bonefish take? You betcha

According to Deneki Outdoors (Andros South property), a reliable source of information on all matters fly fishing, had this to say about that:

“When most people think of bonefish flies, they generally think of patterns imitating small shrimp, crabs, or potentially baitfish – all of which are common prey for bonefish.”

“ . . . bonefish have a surprisingly diverse diet and many anglers are surprised to learn that a large portion of their diet is actually made up of many different species of naturally occurring marine worms.”

“. . . Bill Hegberg (Deneki client) . . . came armed with the materials to tie worm patterns of all shapes and colors . . . if bonefish eat worms, and we tie a fly that looks like a worm, then maybe a bonefish will eat our fly . . . We’re really glad he did (tied a lot of worm patterns) because based on his numbers, the worm fly works, and it works well.”

It stands to reason that with worms being present in “all” aquatic habitats, fish that dwell in ‘wormy’ habitats would partake of that food source. They’re just too prevalent throughout the world’s waters to assume fish won’t gorge on them – not a huge intellectual leap.

So, why are there so few worm patterns or none in my fly shop?

One reason is,” said a veteran shop owner, “they are so easy to tie, have absolutely no sex appeal for fly anglers of the salt or fresh water, and there is so little to be made selling them that it’s just not worth it. We’d rather promote selling the hard to get materials that are sometimes called for in ‘“worm’” recipes.”

Try this to fast forward your game

Get a decent vice with a complement of the essential tools and materials (your fly shop will set you up) and you’ll be able to tie all the worms you’ll ever need for bonefish, redfish, trouts, carp, salmons, bass, crappie, baby tarpon and more, lots more.

NOTE: Featured Image is of Squirmy Wormy flies and bodies by Veniard.