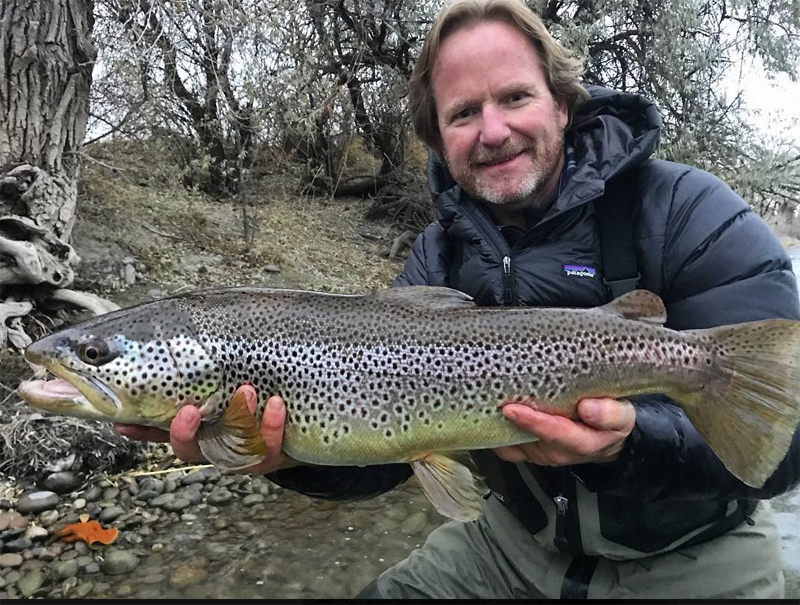 He does know what he’s talking about. Kelly Galloup photo.

Like a furniture order from Amazon, you have to pick a color, more of a theme. In Galloups’ video, he stresses the Belly Bumper Bunker can be tied in any hue or brightness for any one part, including trim to a shape that makes you happy and with more or less of little regard for an exacting length.

There are three things the fly cannot be; one is fat, the second is without the lateral line feature, which is way cool, and I can foresee copying. And lastly, not advantaging the Montana Fly Fishing hook.

The other Galloup giveaway is that he’s enthusiastic, and his expression of that is excessive talking. But that’s an excellent thing – nothing better than some enthusiasm in these times. Yes, I know, he filmed the video a few years ago – so what.

Galloup mentions the fly is easy to tie but warns that hurrying through steps will create issues. He also feeds us some cool techniques into the tie, and two of them are keepers – you’ll see – they’re distinctive, and he goes over them a few times while explaining even the minutia of thread pull – when to soft pull and when to hard pull. And no, that isn’t about deer hair.

Background on the hook:

For a few years, Kelly worked on a new keel style hook with Montana Fly Company. The hook he is tying on is very similar to the old Mustad 79666 that went out of production many years ago. It’s different in two respects: First off, it has a little deeper gap than the original so you have some more room to play with. The second, and probably the most important, is that it features a vertical ring eye so that your flies always track the way you intended them to.

Galloup’s Belly Bumper [pictured olive/white] is a new baitfish series that Kelly has been working on using the Belly Bumper Hooks he developed with Montana Fly Company in 2018.

I tried tying with what I had, which ended up substituting too much. I bought my missing links from Galloup’s SlideInn, and it was the right thing to do because the fly tied correctly caught two sweet bows, and I lost a better brown on an older man, me, tripping error – pissed me off too.

The fly, Belly Bumper Bunker, is as Kelly says, easy to tie, but it takes too long for me to want to hurry back and tie six more. I’ll go with what I have.