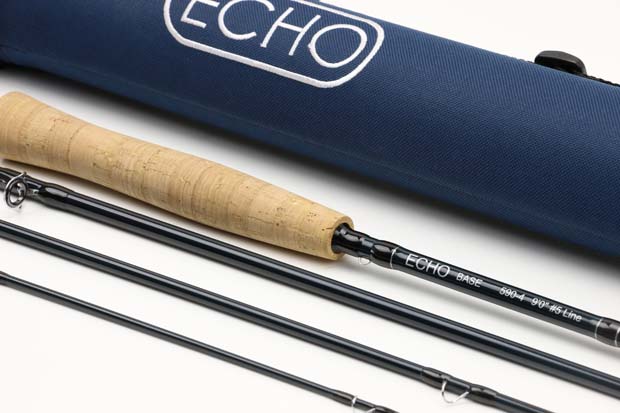 Gear Review: An entry level rod? Yes, but far more, it turns out

[dropcap]O[/dropcap]ur editor, Capt. Andrew Derr, a Tim Rajeff Echo 3 9-weight fan, sent me a link to Rajeff’s Base rod this past winter. I kind of forgot about it until serendipitously I found myself a permanent resident of Atlanta. Then, I became trout smitten, but only owned salt rods with the lightest a Sage Bass rod that gets fished with a 330 grain weight floating line. At 7-foot 11-inches it fishes snook under bridges, ditch-like canals of the Everglades, tidal creeks of Georgia’s coastal marshes and anything that requires a short, accurate shot. It ain’t no trout rod. It’s kerplunk can empty a pool faster than a float tuber.

I contacted the Echo Atlanta rep

After a week of tries, I finally got the local rep to call back (a nudge from a fly shop owner friend) and asked if he had a 5-weight Base demo that I could test drive for a week or so? It was perfect spring timing to fish any part or Georgia’s 4000 miles of riverine trout water. The flamboyant sounding rep said he had one in his closet and would bring it to my house the next day. Wow, I was impressed. I gave him directions. Flamboyant silence followed – never heard from him again.

Trout rodless into the summer, I called our editor

Andrew called Rajeff Sports’ guide program manager and explained the situation, and that we wpuld be interested in procurring the Base 5-weight, and would review it. Anna Kittoe, Warranty and Guide Program Manager was on it and the rod arrived a few days later. Why didn’t I go that route to start with?

Most shoppers are sensitive to price points

A mini post career in retail at a high end ‘artsy’ shop on Las Olas, Ft. Lauderdale, Florida gave me a perspective on price point prejudice. In this case, a fly shop manager carrying a $90 fly rod that had the merits of Rajeff’s Base models would have more convincing to do to sell it to a well-heeled patron than a Sage or Winston 5-weight at $800. Is the Base in the same league as the $800 Sage or Winston? No. But are their respective performances on the battlefield going to increase your catch stats? Doubtful.

Making a mistake by assuming 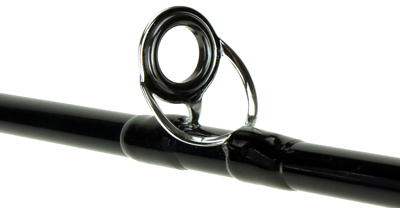 Mistake number one. Tim Rajeff made a mistake with his Base rod pricing. It’s under priced, by a lot. It comes with a four sleeved sock and Cordura case. The four piece rod itself looks the part of being a fly rod wealthier folks covet. The workmanship is very high end and the reel seat and guides are quality. Tim Rajeff has earned his stripes and he always comes out with very high quality rods. He also seems to be one jump ahead of the field.

No, don’t overline the Base rods

Mistake number two. By habit (and of course age) I have overlined all of my salty rods by one and my 7-8 switch by two line weights. Without thought, I overlined the 5-weight Base by one with RIO’s new LightLine/ WF5F and RIO’s medium sink on the spare spool.

The proof is in the casting

The action is subjectively deemed med-fast with a modest power level. Huh? Well, it fishes perfectly with matching line weights. BTW: Today, line weights are almost uniformly, out of the box, over the designated weight by about a half a line weight. For instance, a 4-weight fly line is probably a 4.5-weight.

The bend in the Base is just above midstick with a double-haul distance cast in mind. That bend provides loading feel which translates to control and accuracy. And its big payout is accurate short casts, which is what most trouting in the east is all about.

When trout fishing in Georgia’s Blue Ridge Mountain streams, which come in varieties of big, wide, fast, shallow, narrow, deep, and slow moving, I’ve rarely seen the need to make a real long distance pitch. Stealth is the name of the trout game and I’m able to perform well with my Base. I expect to get years out of it.

Tim Rajeff says the Base is a perfect entry level rod. We couldn’t agree more, but a veteran might take better advantage of it. Do we recommend it? Yes, it’s an 8 out of 10, and in its class of low cost fly rods, a perfect 10. It could be the best low cost fly rod on the market.